Grinding Gear Games has just announced a new collaboration with J!NX, the popular gaming merchandise, to offer some all-new Supporter Packs for its Hack&Slash currently in open beta Path of Exile.

The differend available packs offer a wide range of items and bonuses such as Points, forum titles, exclusive Pets, Path of Exile-themed t-shirts and other merchandise from J!NX (such as stickers and a Chaos Orb keychain), the extended digital soundtrack, cosmetic weapon effects, and more.

The available Supporter Packs tiers are: 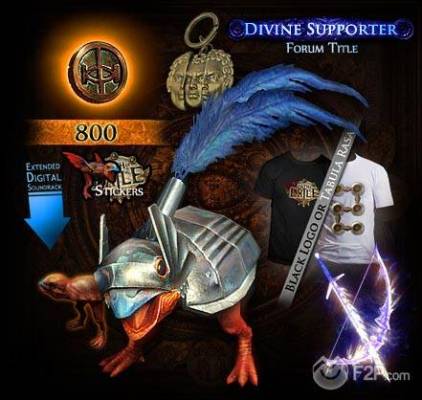 Each tier contains more enticing rewards than the last, with the Ruler of Wraeclast Pack even allowing the supporter to design their own in-game monster, receive a physical model of it handcrafted by sculptor and PoE community member Jazzo, as well as receive codes for ten mini-pet versions.