Call of War has received a new content update introducing improvements to the reward system, tutorial improvements and some balancing changes, modifying the attack power of some units and adding upkeep to rockets.

The new reward system allows players to earn different rewards depending on the final ranking and the map size. The bigger the map, the higher the final payout. Besides the classic reward, which depends on the number of victory points, winners will receive additional rewards. 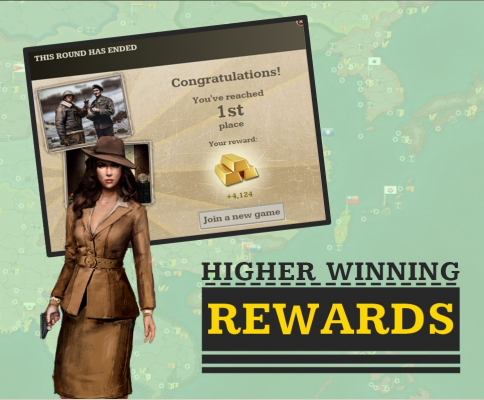