New Features and updates for Hearthstone

Blizzard has just announced that the internal testing for its upcoming collectible cards MMO, Hearthstone: Heroes of Warcraft continues without problems. The company is focusing on listening to players feedback and using it to improve the current version of the game.

Moreover, Blizzard revealed some of the new features in development:

- Introduction of gold as a currency players can earn and spend to purchase card packs or entry into The Forge. (Cards can still be disenchanted into Arcane Dust to craft cards.)

- Leveling up as a specific class will earn you basic class-specific cards, and eventually you’ll earn snazzy golden versions of those cards. Players will earn experience whether they win or lose.

- Players can now challenge their friends to a duel by adding them to an in-game friends list.

Here there is an example of how the team keep improving and updating the cards: originally Onyxia’s power was “Whenever you draw a card, deal 2 damage to ALL characters.” These days, she is terrorizing players everywhere with her new ability, “Battlecry: Summon 1/1 Whelps until your side of the battlefield is full.” 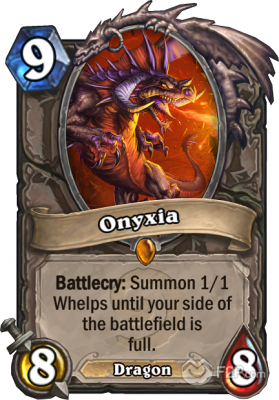