Great graphics, in depth narrative and simple yet fun gameplay

We took a little time out to try the new free to play browser RPG Therian Saga, which has just recently gone into open beta. The game itself is a narrative heavy, gear collecting, skill levelling RPG where players improve their own character and find out more about the world and its inhabitants are then PCs from across the land seem to prepare to move to the new continent. Having never played the game before we tried a first look starting from the beginning to see how easily game was to get into and whether it offered enough to make us want to keep playing it. 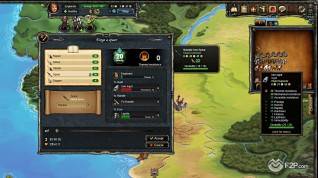 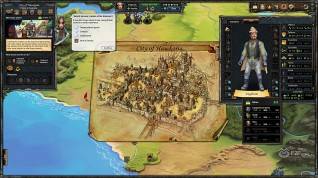 Now to start things off it should be noted that these types of games aren’t exactly my thing, though having tested quite a few and reviewed them have a good idea of whether the game is a success of rubbish (at least in my humble opinion). Slipping into the game we had a few options for creating a new character, either male or female, selecting different appearances, choosing a background of where we were originally from and also our starting profession, which would unlock specific skills from the beginning. It definitely had that RPG feel about it, which was only further emphasised as we play the game.

Stepping into the game the first thing that struck us were the graphics, both0 the world graphics, character art and the general user interface, all of which with a high quality, which in all honesty puts it well ahead of most of the games in this genre. Tutorial pop-ups guided us through the initial questing, equipping gear, using new skills and generally learning how to move around. 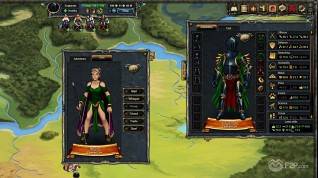 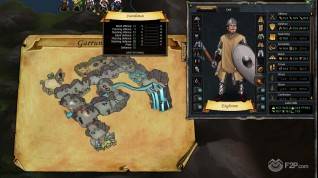 The quest narratives from the NPC’s were clearly well thought out, as were the descriptions of various areas when you find yourself in them, again it really did manage to successfully create that classic RPG feel and whilst these types of browser games aren’t really my thing I do love a good RPG! Quests were relatively simple at this stage, teaching us how to purchase items from lenders, exploring the map and finding new locations and the like.

The game employs two key mechanics that are seen in many other types of games: stamina/energy and build/travel time. For the first, many actions that we would take would spend energy, presuming to the point where once we had no energy left we will have to do wait a certain amount of time for it to replenish or as is typical with these types of games pay premium currency to refresh ourselves to continue playing. One of my biggest annoyances with this type of gated gameplay is when developers feel the need to drain your stamina and extremely quickly, trying to bully you into spending real life to carry on playing, but with Therian Saga they had paced the stamina usage really well and even after 30 minutes of gameplay we were nowhere near having to stop playing. 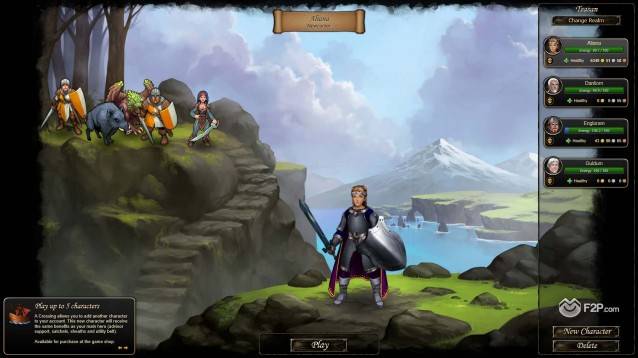 The second mechanic is “time”, where games take a real-world amount of time to build items or travel to new locations, sometimes they make these actions so ridiculously long to complete that you are essentially have to stop playing the game or pay to rush the action. The Virtys team have once again done a good job and also imagine that certain later tasks will take much longer, in the early stages it didn’t create any detriment to the gameplay.

We got a chance to meet our first companion, explore a quest dungeon and engage in some combat, all which is very casual and easy to play, but surprisingly enjoyable for someone that doesn’t generally play these kinds of games. As lots of other features and mechanics such as global chat, Guilds, trading and the type of things you would expect of an MMO title, and all very well done.