This week we did an extensive review of Stormfall: Age of War from Plarium, a free to play browser-based MMO focusing on base building, trading and working together and against other players in in-depth PVP. With a few aspects of the game including building up an army, constructing various buildings and defences for your base and forming alliances to take out the enemy AI factions as well as other rival players on the surface the game appears to offer a lot.

Having played two other games from Plarium, Soldiers Inc and Total Domination, we already knew stepping into the game that it was essentially going to be the same kind of experience as the games are almost identical when it comes to features and mechanics and instead offers a different theme, narrative and graphics namely a fantasy/mediaeval MMO. That said we try not to let that colour our review too much and play the game objectively as if we didn’t already know what to expect, that is to say not very much as the last two games weren’t all that great either.

The main problem we have is that for a long time it never feels like the tutorial actually ends, with a NPC telling you what to do, what to build, who to train and so on by giving you “quests” (albeit with this game in comparison to the others there was no artwork for this initial quest giver NPC), which seemingly carry on deep into the levelling. There comes a point where the reality is that you know how to construct buildings and how to research new technologies, but you are incentivised into constructing the buildings/researching technologies/training units in the order this NPC tasks you with simply to get the resource rewards from him. The problem is that it makes an extremely linear game that revolves around dashing between menus without any real need to think and simply clicking where the flashing arrow tells you to click. The bigger problem is that this continues way way longer than it should, we play these games for at least two hours to get a better idea of them and these “quests” and the guidance still carries on, so pretty much for two hours we were just pointing where were told to point because if we don’t we don’t get the rewards from the quest, which in all honesty you rely on early in the game. 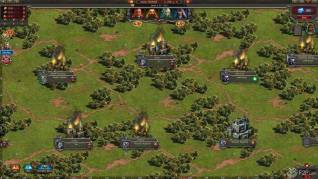 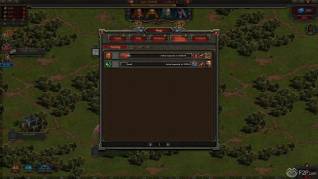 The technology tree, otherwise known as the Lost Arts, isn’t too bad though it does suffer some long linear sections where the different technologies have only one prerequisite technology and very little branching to go into other avenues. To unlock a Lost Art players must recover scrolls, with each Art requiring a certain number of scroll fragments, for example Smuggling requires six scrolls, Smuggling (Scroll 1), Smuggling (Scroll 2), Smuggling (Scroll 3) and so on and each day players are given a random scroll for one of their next techs, but players can try to trade with other players to get the scroll they need. That’s nice and all but is still technically a weeks’ worth of scrolls before you can train one of the early Lost Arts, and whilst some my only require two scrolls, some of the later Lost Arts such as Dragons Egg requires twenty-four scrolls… That’s just over three weeks’ worth of scrolls providing you were lucky enough to get the exact scroll you needed every day (if so you should probably a lottery), or could find someone to trade with, which is equally unlikely because it’s one of the late game scrolls that everybody’s after and so you would probably have to pay through the nose with in game currency to even get one scroll.

Or you can purchase it using premium currency (Sapphires).

There it is, that’s the pay to win element, there’s an extremely slim chance you can get ahead in the game and get the Lost Arts that you need without paying real-world cash, and if you don’t then you are going to be way behind levelling curve. However, that’s not our only pay to win issue…

Collecting the three primary resources you are able to construct a wide variety of buildings within your base, typically taking up resources and time there are numerous buildings to choose from: Resource buildings, Command buildings, Military buildings and each of them has their own use that unlocks various features or enables you to train units. With units created players can send them off to attack other players, only attacking units will make attacks and defensive units will should always stay behind to defend your base when other players attack it (defensive units are useless in offensive, and offensive units simply won’t defend if attacked). Whilst defensive units are available they are limited and relatively expensive, however you can also create Defensive Buildings….. by spending Premium Currency. This essentially makes free to play players a complete glass cannon, you can be extremely offensive working from the in game resources, but your defences are always going to be way weaker than players who have built Defensive Buildings and there simply aren’t enough ways to earn premium currency in game without having to resort to buying them with real-world cash (also let’s not forget that you need those scrolls to unlock the Lost Arts to actually build these defences). So whilst you might be able to take out as many enemies as you like, you are going to be taken out just as often when they retaliate.

When it comes to combat there isn’t much in it, you choose your target, choose which units you want to send and then hit the raid button and depending on how far away the target is will determine how long it takes for you to reach them. Success will depend on the number of units sent versus the quantity and types of defences your units face when they arrive, though you do have the ability to send out scout units to get an idea beforehand (probably not much defence…). The attack happens and then you are notified from one of your advisers as to how your units did; and that’s it. With fighting against AI or going against players it’s all exactly the same, the only difference being that there are quests for attacking AI and that players will typically be part of a League (a Guild/Clan) and will retaliate in kind. Even the Daily Quests which consist of things such as “Hunt for Fire Drakes” and “Defend a Village from Orcish Raiders” that sound fun, but all you do is click the Accept button that tells you how long a quest will take to complete and then after that amount of time has passed.. that’s it… you complete it, not so much as a pop-up, art work or narrative for a job well done, just some resources.

That is pretty much the essence of the game, at least for the two hours that we played it, and their other titles are no different. The gameplay is boring, it’s linear, it’s extremely tedious and other than the half decent artwork and user interface there is just not that much to it (even the sound is pretty annoying with some extremely loud drums each time you close a quest window) and the frequency in which you are badgered into inviting friends into the game with pop-ups really started to get on our nerves (as it already give you quests try to get you to add people but that doesn’t seem to be enough). All in all the game has the core functions and features but just doesn’t have a single element that is actually fun, though the aspects of working with other players and forming a League does encourage players to be more social with the added features you gain by doing so, which is probably one of its greater strengths. 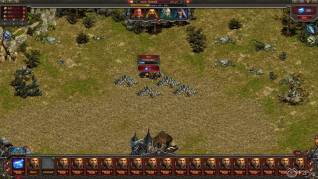 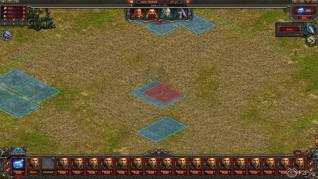