The MOBA is a genre which is currently growing up very quickly. After the worldwide triumph of League of Legends, which showed to everyone the potential of these kind of games, a lot of other MOBA games started to pop up mainly to ride the wave of its success. A lot of them are just soulless clones, but sometimes one of them tries to improve the standard MOBA gameplay experience with its very own unique twist; we've seen this with SMITE, its third person shooter view and a more action-oriented gameplay, and now we're seeing a new approach to the genre with Merc Elite. 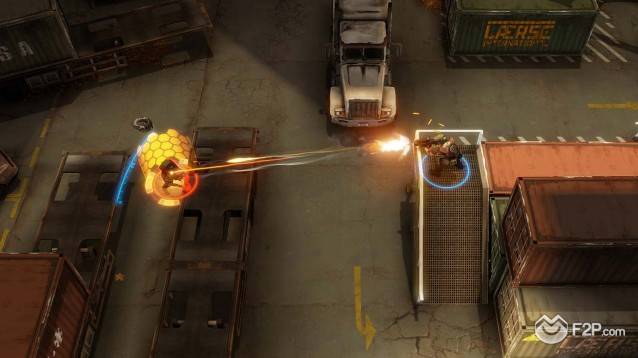 As our more loyal readers may remember, we've been keeping an eye on Merc Elite since the Bigpoint's Action Day event, and we've also seen the game during this year's Gamescom, so we weren't entirely new to the title. However, we decided it was about time to sink our teeth into the game's closed beta for a while and let you know our impression so far.

First of all, for the ones of you who never heard about the game, Merc Elite is a pretty unique free-to-play browser based military action MOBA; but forget about creeps, about towers, in-match character progression and items, forget about lane and bases, this game is essentially a tactical shooter which features MOBA-like perspective and controls, FPS-style capture points mode and RPG-style permanent characters progression. Moreover, the fast paced matches last around 10-15 minutes, a nice breath of fresh air for all the players who like the MOBA genre but haven't always time for a 45 minutes game session. 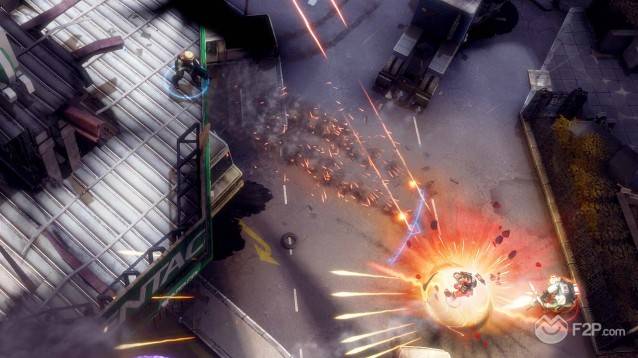 Being a browser based title, Merc Elite is easily accessible from any PC with an internet connection. You head to the official site for the registration process and you will be playing in a matter of minutes. You will start with a basic set of tier I mercenaries and will have to choose 3 of them to bring along with you in a match; each time you die during the match you will able to choose which one of those three you want to use for the next respawn. You can also hire new mercenaries in the shop or upgrade your owned ones from the "mercenaries" tab by buying new skill upgrades, new equipment, gear modifications and so on. One thing that we appreciated is that different equipment pieces in the same tier are not just "weaker and stronger", but offer different stats which let you build your character in your own way and play it differently from another player's character of the same class. Currently the game features 5 classes: Assault, Recon, Tactician, Heavy Gunner and Juggernaut, each one with its own skillset, gear set and playstyle. Having tried every class we can say that they have truly unique mechanics and you have to play each one in a completely different way, exploiting its strengths and weakness in order to overcome your opponent. 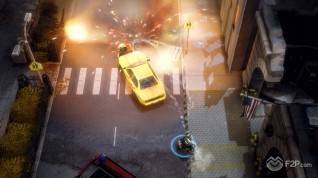 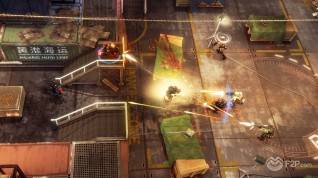 The game uses the Unity Engine to boost surprisingly enjoyable client-level full 3D graphics directly in your Browser. Of course, it may not have the same graphics detail of a League of Legends, but you can easily forget that it is a browser game while playing, mainly due to the characters' models, animations and skill effects, and for the exquisite and interesting map design. The sounds too are not bad at all for a browser-based title, with voices, nice background tracks and of course, sound effects like shooting and explosions.

Gameplay wise, Merc Elite is doing pretty well. If you have played any classic MOBA games such as DOTA or LoL, getting into the game and its control system will be a piece of cake; you move with your right mouse button, shoot with your left click (however, you will shoot toward your mouse cursor - no auto attack here - so you need to manually aim your shots), use your starting skills with Q, W, E, F, and reload your weapon with the spacebar. The controls feel responsive enough, even if sometimes we had some problems due to the presence of occasional lag that, in a fast paced game like this which asks you to constantly aim and dodge, can ruin the whole gameplay experience; remember though that the game is still in closed beta, so there is room to improve and we are confident enough that at launch the server will be able to handle the whole thing without problems. 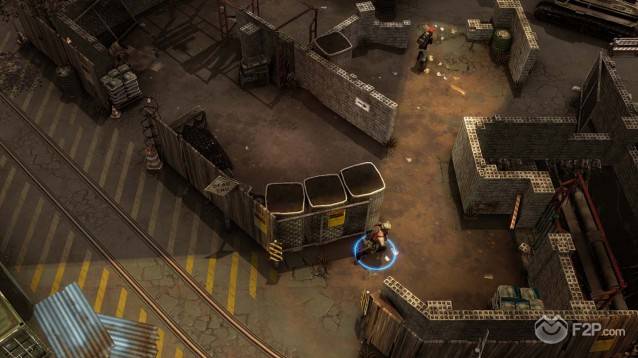 The only game mode available (for now) is a typical FPS-style capture points mode, which sees 2 teams of 5 players each fighting for the control of 3 points of interest scattered around the map. The game is absolutely skill-based, fast paced and fun, and feels more hectic than your usual MOBA due to the absence of "farming phase" and also because you have to aim and dodge every single shot and skill - every active skill is a skillshot -. Furthermore, Merc Elite offers a bunch of pretty unique features that actually work very well and add another tactical dimension to the game such as cover and higher ground. The cover system grants you a defense bonus if you take cover behind an object, while the higher ground gives you advantages if you are shooting your enemy from a higher position.

Even if still in closed beta, Merc Elite is already showing a lot of potential with its new, fresh approach to a genre which is saturated with clones of the same game. It probably won't attract the majority of the hardcore MOBA players, but this is not its target. The game is aimed to both military setting fans and casual players, or players who like the MOBA genre but hate to be stuck with 45 minutes long game sessions. It’s fast paced, action packed matches are very addictive and fun to play and are suitable for short breaks and longer game sessions as well. If you want a quality and fun game to kill your time with, or a quicker and more hectic MOBA, you should definitely check it out.