didn’t really bring anything new to the genre, some badly made graphics

We took out the little time to test Let’s Farm from Ten Square Games, the classic farm building free to play MMO that can be played directly in your web browser after an initial registration. The game is casual, family friendly, colourful and easy to pick up. With so many farm building games on the market we wondered whether this one would offer anything new or continue to fall within the same generic farm building games that we often see. 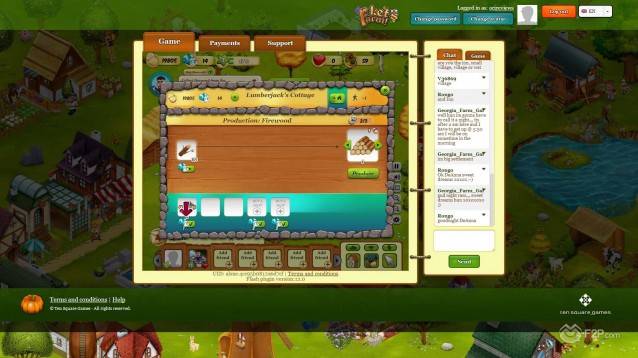 Launching into the game was easy enough and you are totally taken into the tutorial mode, a character appearing to left onside guides you through the different venues and tells you what to do, what to buy, where to plant your seeds and the like. Some reason this character is a Knight, not the most practical farmhands but he seems to get the job done. There are a score of different submenus for various features however the primary to menus are the shop and the construction menu. These two menus players are able to buy, build and grow everything they will need for their farm.

To purchase items players will use one of two different currencies either gold or diamonds, gold is earned fairly regularly by completing tasks where is diamonds are the premium currency that whilst they can be earned by levelling up they are primarily acquired by purchasing them through the store with real-world cash. Some items can only be purchased with diamonds, typically the boosts such as fertiliser which will help you grow your crops more quickly so that you can complete tasks sooner and level up.

The tutorial mode speed you through the game relatively quickly, though the learning curve isn’t particularly steep it does feel like it does it at a pace that doesn’t allow the player to take everything in as you flick between menu screens, so even after the tutorial we still found ourselves having to look through different menus to find what we needed. In fairness it wasn’t much of a tutorial at all, once tutorial is over and the quests begin they act in very much the same manner with new characters telling you what to build and guiding you on how to do it with shortcuts to different menus. 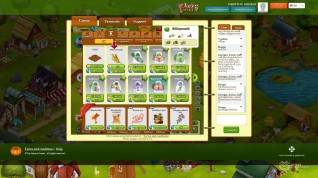 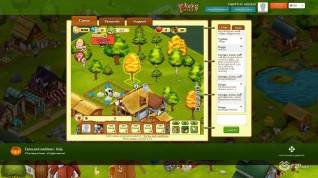 We were able to build a few buildings which allowed us to produce different items which we can either sell at the shop, use on our farm trade with other players. As expected with a farm game is typically revolve around seeds, food and other natural produce that can be taken to market.

Checking out some of the other features we were able to try and complete a weekly quest where we had to produce a number of hard to acquire items within the allotted time, a few days at least, to give us some huge rewards. Players can either put in a lot of time to try and complete this task as the produce you asked for would take a while to build up or you could simply complete it instantly by spending diamonds.

Another little mini game that players could involve themselves in was in the Tavern area where they could play a dice rolling game where you could choose which reward you wanted to try and win, everything from gold, fertiliser and even diamond, and then had to roll the number of pips/dots from five dice to win that prize. You had to spend a token to play game, each token cost three diamonds to purchase (which when the mass was worked out made no sense as one of the prizes was three fertiliser and each fertiliser in the shop cost one diamond to purchase anyway…) We had a few problems at first but managed to get it working in the end. 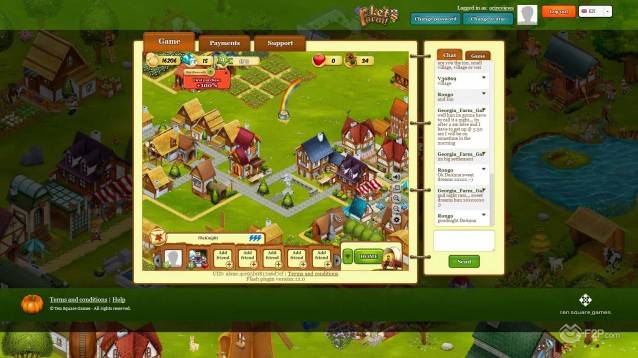 The game itself is only too bad and the graphics on the whole are good with a few low quality pixelated graphics here and there that we noticed, the sound effects and music were fine and nothing to complain about. Unfortunately there wasn’t much to the gameplay and it felt like trying to hop onto the Farmville bandwagon a few years too late and didn’t offer anything particularly innovative new to the genre.