If there's one thing that is scarier than aliens, scarier than zombies, it is alien zombies. That’s pretty much the storyline behind new online shooter Hounds: The Last Hope, where from their towering alien spacecraft Earth has been invaded and some mutagenic virus has been released on the population turning them all into mindless flesh eaters. Well, all bar you and your Delta Squad team, a pocket of human resistance that won’t go down easy. Normally we’re not particularly bothered about the lore with an MMOTPS, but Hounds is as much about the extensive PVE campaign as it is the PVP battles, and so it’s kind of more relevant and interesting to the actual game. 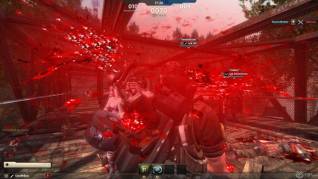 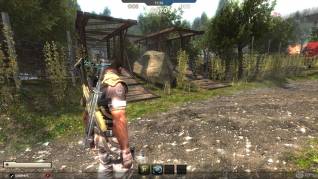 When checking out free to play MMO shooter games we typically go into them with a low expectations, so often these games have pretty dated graphics, the same old tired mechanics and generally don’t offer much new to the genre. Hounds, for us, kind of falls in the middle ground as whilst its graphics aren’t exactly revolutionary, nor its mechanics (which are pretty much a hodgepodge of things we’ve seen in other games) it’s actually not that bad of a game. Overall the graphics and general level design are detailed and well laid out, however some of the up close textures and edges are a little bit more low quality, pointy corners and sharp edges that we’d expect from an MMO TPS may be 5 to 10 years ago.

One of the slightly more different elements is that players can choose between four different classes in the game, the Support (Sniper), Specialist (Demolitions), Tech, who uses a grenade launcher and has a few gadgets they can use) and the Assault that comes equipped with a riot shield in one hand and a pistol in the other and can defend themselves from oncoming attacks. The Assault with their shield is probably the most unique of the classes in comparison to other games, but still something we’ve seen in both other MMO Shooters is (GunZ 2) and even standard shooters (Army of Two). Each primary weapon can be tweaked or modified to give its user access to different abilities/skills that you can equip as part of your loadout, so there is some elements of customisation within the game to separate the classes even more in so far no class seems to be imbalanced.

Checking out the PVP side you have the standard array of game modes ranging from Team Deathmatch, Sabotage (planting bombs), Point Capture and a few other staples you would expect to see. It’s simple, it’s form, it is unfortunately massively overdone and from what we could see there were no real innovations in play here either. The majority of the games available to join seem to be Team Deathmatch on Makati City map, a nice medium size abandoned city environment with a central pedestrian walkway bridge at the centre of the map. Aside from that you have a Town map, Warehouse map, Harbour map and a couple of others, again it’s the same type of environments we’ve seen before, albeit they have been done very well and what they lack in originality they make up for in having a good flow across the maps. 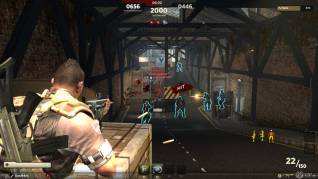 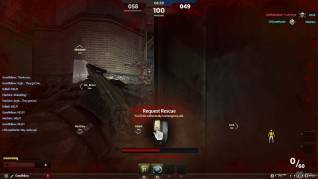 Combat is pretty typical, some attacks can one shot an enemy whereas other attacks require dealing a little extra damage before you drop your target, with the exception of the close melee knife attacks which with a bloody and cinematic attack will one-shot kill a target but leave you vulnerable for other players to make a counter whilst you’re locked in the attack animation which lasts around three seconds. You have the ability to roll away and try to counter any other approaching players trying to take advantage, but melee attacks take up stamina and typically from a full refresh you can manage to attacks before you need to wait, which can be pretty crucial if you miss your first attack. The game and some extra strategy by keeping players in the game once they’ve been “killed”, allowing you to stick around for a few moments calling for help in the event that another player from your team can come and get you back on your feet. Players automatically regenerate health after a breather and so combat is pretty fast and frenetic at times.

One of the things we did like was the ability to interact with various objects, such as leaping over barriers, opening doors, moving crates and exploding barrels littering the area. Whilst all bar jumping over barriers and through windows the rest of these didn’t really have much of a presence in the PVP games they played a key role in the PVE campaign.

The PVE campaign is the story driven Co-op mode where players can progress the storyline by completing different stages/levels and picking up quests to complete along the way, including a handful of sub quests and even boss quests for extra rewards. When you launch up a PVE stage then you can launch it straight away and try and complete it as a one-man solo mission, or you can wait to try and fill up some of the slots with a maximum of six players in a group. We tried completing the first PVE mission on our own and manage to get all the way towards the end of the level with ease, taking around 25 minutes, until we reached a horde mode with wave after wave of “Infected” zombie/aliens piling on us. Not sure whether it’s because we were trying to conserve ammo and take a few out with melee attacks early on that allow them to push a big wave into the room we’d bottlenecked them into, but once they were in they were all over us in a swarm and it was game over. With a team the game is considerably more easy apart from the time where repeating one of the levels we were suddenly ambushed by dozens of zombies that we’d never encountered before and then, when the entire group wiped, we were informed that we had been playing in Challenge mode hence the added difficulty. Overall the story is relatively interesting, the maps and missions follow similar themes to the PVP maps, but the one major detriment is that the voice acting is pretty bad and very cheesy.

One of the bigger issue is that we have with the game is the cost of repairing your gear, with the near instant respawn timer in games and players racking up their fair share of deaths when you come to actual repair your gear it can pretty much wipe out all of the in game currency that you have managed to acquire so far leaving you penniless to purchase better gear. The cost of repairs we believe increases depending on how good your gear is and so we fear that there may be a critical mass point where unless you are an extremely good player you will often be playing the game and spending your own credits to repair the damaged you just acquired. We’ve seen similar issues with Warface where players are forced to keep playing the PVE content if they want to stay competitive in PVP and keep their weapons and gear in top condition or risk losing rank due to item degradation.

All in all not a bad little title, it would probably have made more waves a few years ago, but really it’s going to slip into an already overcrowded genre without anything that really makes it stand out that much. The things it does it does well in the game definitely has a high fun factor, plenty of maps and such an recent release hopefully the support for new content to still be yet to come.