Our team had the chance to play with the new platform Gameglobe and now we want to let you know the impressions we gathered about the game:

Gameglobe is a unique free-to-play game granting access to endless game worlds and creative possibilities. Players immerse in the world of pirate adventures searching for lost treasures. “Nothing to write home about...” you may think. And we have to admit that you’re absolutely right regarding the theme being far from original. However, what really IS original is the opportunity to become creative: You’re able to take over the role of a wealthy pirate who wants to hide his or her treasures in a way that others will have a hard time trying to get a hold of them. There’s an incredibly huge amount of props and means at your disposal in order to create challenging levels for others to play.

Being browser-based, this title doesn’t require any download and can directly be played in you favourite internet browser. The first thing we realized when stepping into the game world were the gorgeous 3D graphics. They’re quite impressive considering that the title is a browser game! And still, everything runs fluidly even on average PCs without high-speed internet connection. 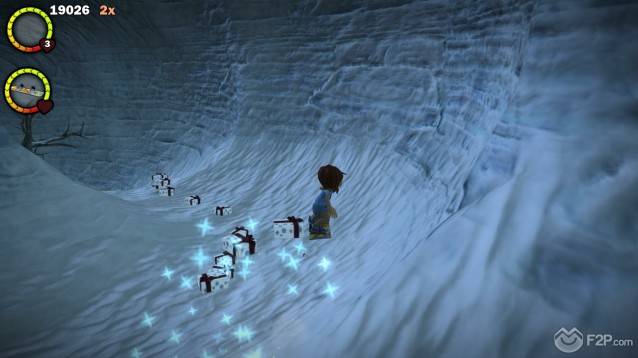 First of all, we wanted to create and customize our character and there’s a lot to do having a large variety of hats, hairs, clothes, accessory for hands and wrists as well as glasses and other stuff like backpacks, etc. at one’s disposal. Having selected the gender, we intended to provide our cute female pirate with all the cool things available. Unfortunately, we soon had to realize that there aren’t any free items to choose – you have to pay for everything with the in-game currency. When creating your account, you’re provided with 100 coins and we thought that this was a nice base to start but the cheapest customization items cost 20 coins and the really cool ones are at 180 coins each. A little disappointed about that, we went on to the next step with nothing more than a quite ridiculous snowflake hat on our character’s head. But don’t be afraid! We hadn’t to start the game almost naked: our avatar had a shirt and shorts to wear, too. 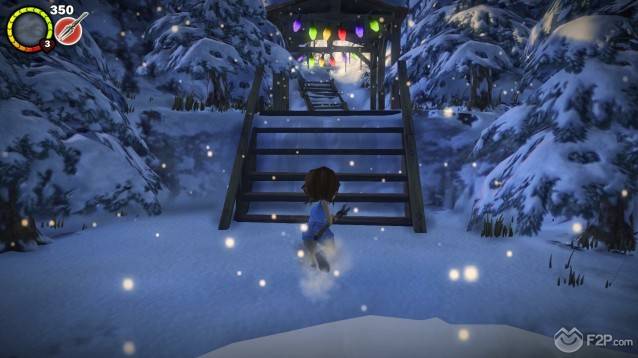 Gameglobe provides its players with some tutorial quests and blueprints in order to familiarize them with the game mechanics and controls. In addition, there’s also a guide explaining the basics and the functioning of the game via six video clips. So if you feel more like being lazy and getting informed passively, that’s an option, too.

We decided to do the creative tutorial first and directly entered the first of nine levels which was successfully done quickly with only a few props to place. To our surprise we were generously rewarded with EXP and gold coins and blueprinted some more levels in order to gain more wealth and experience. The tutorial is very well designed explaining clearly how to move, rotate and place props and continuously increasing the difficulty and complexity of the blueprints. Having completed the first half of the nine tutorial levels, we felt quite well enough trained for the real game. And actually, you could leave the tutorial at any time you want to – you’re not forced to do it right to the end getting bored of the repetitive blueprinting. But we were too greedy for gold and experience, so we did the entire list of blueprints for we wanted to buy clothes and stuff, after all!

Revisiting the customization area and finally choosing an appropriate costume for a little pirate lady, we were surprised to see that you even gain EXP and coins for buying items and equipping your avatar! Afterwards, we headed to the three tutorial quests which taught us how to move and fight. As controls – keyboard and mouse – are simple and intuitive, we more or less completed them only for being rewarded with even more coins. 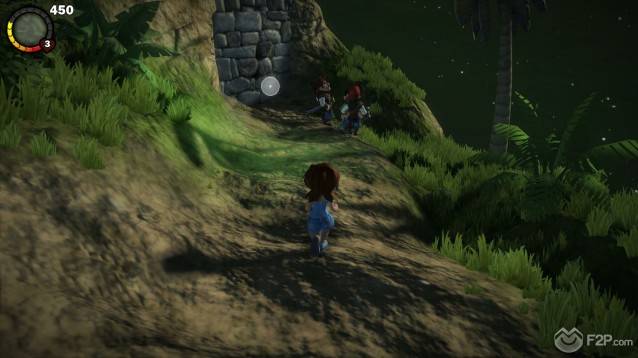 When finally checking out the regular creative part of Gameglobe intending to build our first level on our own, we were slightly disappointed once more: There’s almost nothing you get for free! If you want more than a small sized level, you have to pay for it with the in-game gold coins. Only two types are unlocked automatically when reaching higher levels which is quite a pity we think. If you want to decorate your creation with seagulls, fishes, trees, etc. you have to buy every single object. The variety of props is really enormous opening up endless possibilities for the designer but the only things you get for free are the starting point and the level finish. And that you have to purchase the stuff you need isn’t the worst thing at all: We considered the prizes quite expensive regarding the amount of coins we were able to gain so far.

The platform offers two ways out of this. First, you can log in every day in order to obtain 15 coins and quest a lot to rack up as much EXP and rewards as possible. Second, you can purchase gold coins via real currency. Unfortunately, we were unable to check out how much you really have to grind if you decide you don’t want to spend real money. Quite much we presume… 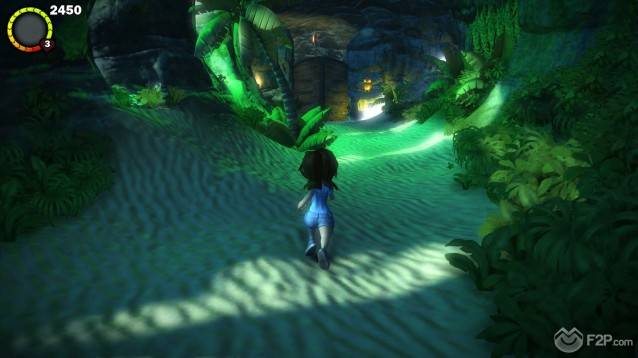 As already mentioned above, we were quite amazed by the visuals this browser game has to offer. The environment is depicted in high-quality 3D graphics featuring gleaming water surfaces, gently moving palm leaves in the wind, and different shades of light as well as lovely effects like the shadow of a crossing seagull on the sand. Those who aren’t equipped with the ultimate gaming PC will be pleased to know that Gameglobe is optimized in a way that the frame rate is automatically reduced in order to prevent inconvenient interruptions.

The funny characters are designed in a comic style way possessing oversized heads. When it comes to combat, elegant illustrations drawn by the sabre occur. For the title also addresses to a younger audience, you won’t find cruel injuries or bodies streaming with blood. Nevertheless, it’s absolutely obvious if your character has had a hard fight against other pirates: His or her clothes will hang in rags. And due to our avatar’s quite inelegant swimming style, the camera even had to follow from a distance in order to be able to perceive her in all that splashing water. 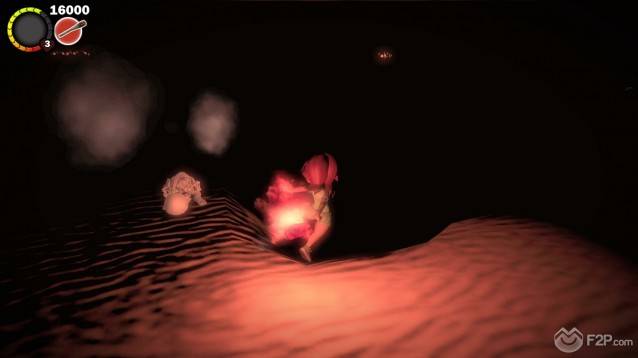 In conclusion, Gameglobe indeed is a fun game able to entertain you for hours and hours offering endless levels created by other players to discover and a really huge amount of props and possibilities to create your own thrilling and challenging levels which can easily be shared with the growing community. Being browser-based and featuring HQ graphics as well as easy and intuitive to master controls, this title addresses a wide audience and is great for playing in-between times. If you’re willing to spend a lot time playing or some real money, an incredible amount of props and unlimited possibilities await for your creations. It’s definitely worth trying it out!