We recently checked out Travian Legends, the upgraded version of Travian Games’ browser-based free to play strategy title Travian. In Travian Legends the aim of the game is to build up your own village, expand your territory by settling or conquering other villages and build up an army to defend them. With thousands of players playing the game promotes cooperative Alliances as well as constant PVP with individuals and larger organized groups.

For our review of the game we put in a few days playing the game, typically we like to spend a few hours playing a title to get a good idea of what it’s all about. However, with Travian there’s a lot of downtime between the smaller session, waiting on various construction queues or event timers or production yields. So to be fair we spread out our play session over a couple of days and checked out what the game had to offer. 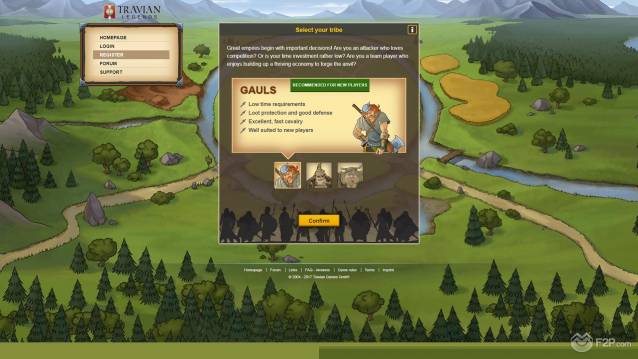 The game has three main tribes to choose from: Gauls, Romans and Teutons, each has their own strengths and weaknesses and offers a different play style. With the new release of the annual special event server, this year named Fire and Sand, players can also check out the Huns or the Egyptians. The Huns are a formidable offensive force and promote aggressive play like no other, absolutely not recommended for new players the Huns will require allies to help them defend because of their lack of defensive capabilities. The Egyptians on the other hand are a lot more newbie friendly, they have improved defenses and a bonuses to resource production; they’re a perfect support tribe to assist the Huns.

Our choice wasn’t too important as we’d never get far enough into the game to see the differences, so we went with the Gauls as they were apparently equally newbie friendly tribe due to them being heavily defense focused. The different tribes also have different artwork for the various characters or appearance choices for your own Hero avatar, as well as different building artwork for your own village. The art style itself is very nice, the characters and style have a feeling of René Goscinny and Albert Uderzo’s Asterix comics (appropriately who were Gauls fighting the Romans); simple, modern, with full of character.

Setting off into the campaign was nothing more than various quests guiding is through menus and sub-menus to teach the fundamentals of how to construct and upgrade buildings as well as train and use troops. The tutorial led seamlessly into the game and gave us a list of quests to complete, albeit they were fairly basic “Construct a Barracks” and “Upgrade your Main Hall to level 2”. In all honesty the vast majority of our quests were just to construct and upgrade more buildings. After a while it became clear that although we had a whole bunch of quests, the order in which we could complete them started to become a little more linear; “Trade on the Auction” couldn’t be done until we’d completed “Build a Market”, and we couldn’t trade anything as it required Silver, which was a reward from one of the other quests. Essentially they were less quests and more structured ways in which to get us to upgrade our village in the most efficient way. 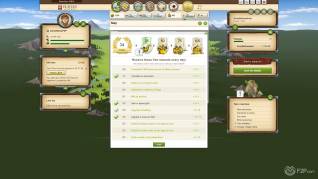 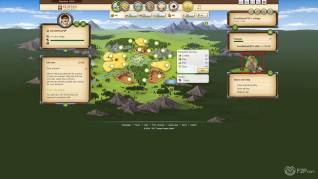 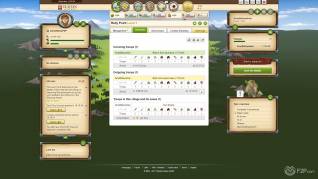 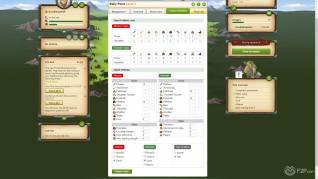 Build/upgrade quests were interspersed with Attack quests where we’d have to train troops and send them out to attack an Oasis. Each time our units were obliterated, but we got a reward for it and unlocked the next quest so it was at least meaningful. Combat isn’t much beyond selecting the target we wanted to attack and then choosing our troops, there’s no strategy beyond that and the game calculates your win/loss based on your forces vs the defending forces.

We also had Adventure quests over and over for our Hero, again they are a lot less fun than they sound and were a single button click to send our Hero character out on an adventure. He’d come back with different items and pick up some XP, but there was little else to the feature other than giving another menu to click.

About forty minutes into the game everything started to really slow down. We’d gotten through the quests that we could with the rest having multiple pre-requisites, the two slow construction queue was always full with a building or upgrade, and the time it was taking to complete things was taking around an hour. On top of this we were running low on most of our resources so also had to wait for natural production as our quests were locked up so we didn’t have an instant resource income anymore. Now instead of playing the game for an hour we were reduced to playing it for a few minutes, queuing some new buildings, sending our Hero on a new adventure, and then not playing for a few hours at a time.

The main premise of the game for an individual’s goals is to build up your village and then expand by creating settlers and then managing a new village, or using your troops to take over another player’s village. The more villages you have and the higher they are upgraded, the more points a player earns and they increase their position on the leaderboard. However, the ultimate goal on the normal servers is to be the first to construct a World Wonder, which takes millions of resources and hours of in-game building. It’s a task way too big for any single player and so tribes band together in Alliances and work in coop with each other. The first to build a Wonder wins the game and the server resets; typically it takes just short of a year for this to happen.

Fire and Sand does things quite differently. On this server there are no World Wonders, instead player Alliances battle to control regions by having at least 50% of a regions population under their control. There are over 80 regions to control in the world and by holding one it grants an Alliance Victory Points; after 200 days of gameplay the Alliance with the most Victory Points is the winner.

The end-game sounds fun, it sounds social, it sounds like there’s a lot of management to keep you involved and give you lots to do when you play. Unfortunately that’s the end game. The early game for new players gives you very little to do, it’s an odd mix of being casual in that you don’t have to sit there and play for hours, but you do still need to check in every hour to keep your village running at maximum efficiency, so it ends up being just as demanding of your time. For us a faster paced early game and a more interesting combat system would definitely do wonders for the game, but outside of that Travian Legend is undoubtedly a popular title and is one of the better war strategies out there. 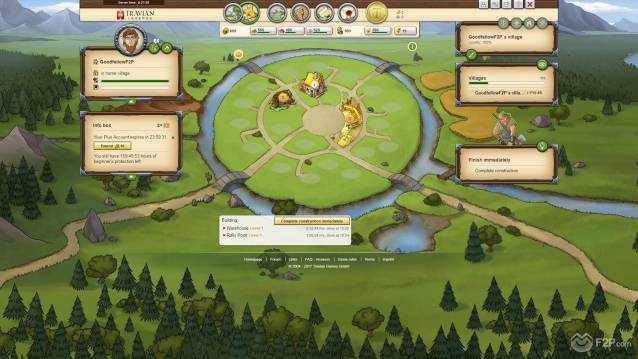 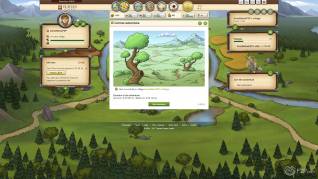 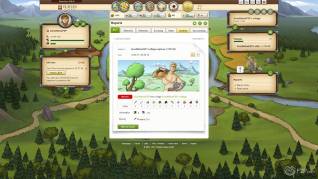