First Impressions on Swords of Divinity

During this past weekend we checked out R2Games’ Swords of Divinity, a free to play team building MMORPG where players have to travel through a fantasy world and assemble their own team of Mercenaries, level them up, equip them and fight through various PVE features and some optional PVP. As ever with R2Games, and most Asian developed RPGs, the game has all the hallmark features of every game in the genre we’ve ever played, albeit a handful of mini-games for some features did add an element of originality to our gameplay experience from time to time. The game is accessible directly through web browsers and through Facebook and so we checked it out for a few hours to see what was on offer.

The game looks and plays like everything that R2Games puts out, decent graphics (both in-game and character popup artwork), occasionally weak animations, a Stamina system, Combat Power (i.e. Battle Rating/Power) mechanics, and of course automated combat. If their goal for Swords of Divinity was simply “make a game that we know our fans like and we’ve had success with in a previous title” then Swords of Divinity is bang on the money as it emulates, copies and reskins the majority of their back catalogue of MMORPGs. 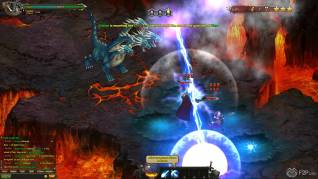 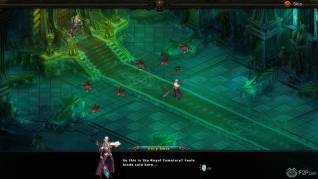 When starting out we had four classes to choose from, with pretty much no information available about any of them we just went with the Mage, because why not, Mages are cool. Whilst seemingly a relatively unimportant choice given that combat is automated, the reality is that it in many ways defines your strategy more than you would expect as when you make your formations with other acquired NPC Mercenaries your main character must always be part of the team.

The storyline was fairly non-existent, revolving around “quests” going from one NPC to the next in the same elven city area, arduous delivery quests where we’d be sent to an NPC to recover an item only to be told “I don’t have it, go to <name>”, then auto-pathing to whoever we were directed to and once again being told “We don’t have it, you need to go find <name>”. These types of quests are boring at the best of times, throw into the mix that it’s auto-pathed then it just becomes a time sink. Combat would crop up from time to time, in the city area, which felt quite odd and out of place as it was instanced based so suddenly there was a big battle, and then everything was back to normal. There are most definitely some dubious similarities to World of Warcraft with some of the characters and names, and some direct intellectual property ripoffs with a 5 headed dragon boss called Tiamat (Neverwinter/Wizards of the Coast), all which left a further sour taste in our mouths. 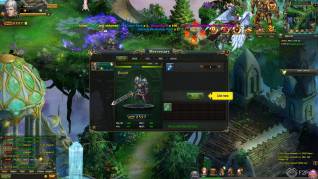 There are a lot of ways to customize your characters and the Mercs that you can hire (through the tavern by spending Wine, again, it’s been done so many times), from equipping them with gear, socketing gems into their gear, unlocking different formations that grant different attribute buffs depending on your position and more. One of the pointless elements of the game was the process of “Levelling” your Mercs and “Boosting” them; you use EXP potions to level them up and once they hit a certain level it then allows you to use a different item to Boost them so that they get new skills and attribute bonuses, it just felt like you were paying twice to get skills and that we should have just gotten when we initially levelled the character.

The game had a couple of minigames that were a more original touch, so we commend them for that, one game was using the left and right mouse keys to catch falling blessings from the gods, the other was using up and down whilst steering an elephant and trying to run down enemies (essentially the same mechanic for both games); the controls were unfortunately pretty horrible though.

We battled our way through some of the early campaign, took on some Dungeon instances, even tried to fight the World Boss event when it triggered and managed to get a couple of hits before being one shotted! The same can be said for PVP in the Arena, going up against the next highest ranked players to us was ridiculous, once more getting one shotted by a lot of the teams who had put in way more time and effort than us to pimp out their team.

On its own, boring quests and uninteresting automated combat aside, the game does a fairly decent job at providing the type of experience that these types of MMORPGs give; it’s low effort, grindy and has some elements of strategy to build your team up through quite a lot of options. It’s not our thing typically, but for the free to play MMOs of this type out there it’s not too bad. The problem is that it really doesn’t offer much new, nothing (other than the minigames) that we personally haven’t already seen a dozen times in other games; even the campaign story floats around the same “The gods have asked for help as evil from the underworld/abyss attacks the land” storyline that constantly gets used. 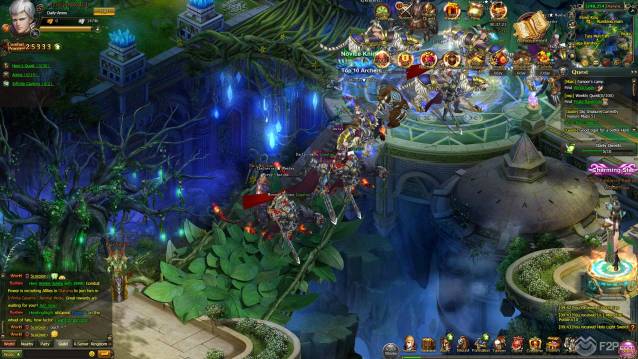 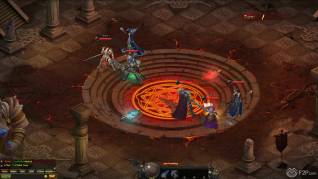 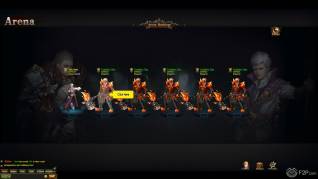 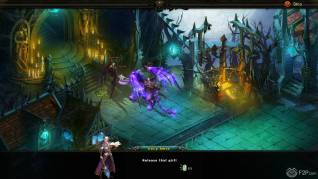 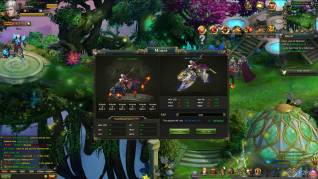 First Look at Swords of Divinity