We recently got the chance to check out Pocket Starships, a free to play space shooter where you get to build, upgrade and fly your own ships in a faction based war among the stars. For our playtest we spent a few hours checking out the game, and were provided 100k Solar by the publishers to play around with (this is about $700 worth of premium currency!) to see what content we could check out.

First impressions are good and the game looks decent, it’s clear to see that it has been developed and designed with the cross-platform browser-mobile accessibility in mind, chunky graphics that would be easy to interact with on smaller touch screen devices but not at the detriment of browser play. The one drawback to the mobile design is that, on a 1920x1080 screen, it didn’t feel like the graphics had been optimised for a larger screen size and were unfortunately at times quite pixelated; fortunately this was only in places like craft menus and when zooming into portals, as opposed to actual gameplay, but it was a bit of an unfortunate eyesore. 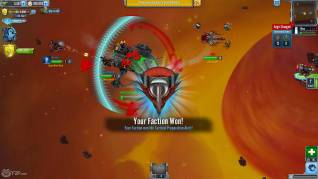 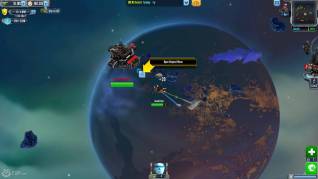 Controls, once again, have been kept simple and for us checking on the browser platform resulted in WASD for movement around the isometric 2.5D environment, with 360 aiming using the mouse cursor to target around your ship independently (both of which we believe are done with duel joysticks for mobile). Switching weapons was done by clicking your preferred weapon at the side of the screen, as well as being able to drag and drop a Nuke from the icon at the bottom of your screen, once more all contributing to the touch screen functionality.

Gameplay wise we wouldn’t personally say the game is built to be an MMO that users will play for hours and hours at a time, mostly due to the repetitive and at times grindy nature of the features and content. The questing system has you head into PVE zones to fight of wave after wave of AI pirates whilst defending a base, or puts you into PVP instanced battles against other players, whereas the more sandbox element comes down to the faction battle and territory conquest. The galaxy map is divided up into dozens of different territories that are connected and the two factions can fight over them to control them. Whilst we only played for a few hours it did seem like the mechanics and objectives of PVE, PVP and Faction PVP were all the same; attack or defend a territory outpost and try to take/retain control of it. 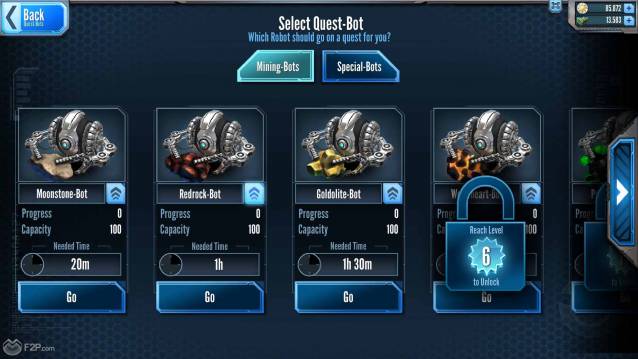 With every game “mode” feeling very similar it did start to get a little bit tedious doing the same things over and over, more so that the reality is we were completely useless in the faction battles at such a low level and could be killed in a handful of hits from higher level players. Combat itself was fairly simple, not necessarily in a bad way, but what we took an early dislike to was that the faction colours (Red and Green) were initially confusing in combat as we played the Varian (red) faction and in battle we constantly tried to fire at ships with red names as intuitively for an MMO red = bad guys and green = good guys, when in reality the green “good guys” were actually the opposing faction members. We died a lot because of this early on.

The game does offer a crafting system which floats around gathering mining resources from the different territories which are reached through a portal; unless you control a territory you can’t travel back through a portal with resources/full cargo and so need to control the mining territory outpost and by proxy control the territory. Resources acquired and refined we could craft a whole host of different things using the default base blueprints, this included ships, repair kits, missiles, nukes and other consumables and equipable components for your ship. Crafting ships is expensive and requires a lot of resources, whilst you can’t directly purchase resources with Premium “Solar” currency, if you have 25% of the needed resources to craft something then you can top it up with Solar. Once crafting begins your items can take minutes or even hours to finish production, again, something that can be quickly finished spending Solar making it a very powerful premium currency. 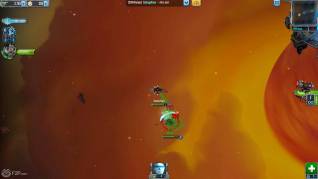 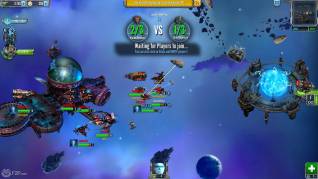 Whilst you have the ship and item blueprints you can also upgrade these by acquiring different items drops that are needed components to upgrade, further improving the output of your crafts, with more of these components needed the higher the upgrade or simply spending Solar to fill in any missing elements. As we levelled up our ship we unlocked new modules so that we could equip new weapons and nukes aboard the ship, and we could then upgrade the quality of our nukes; with our Solar we had the best level 1 ship available fully stocked with the best level 1 nukes! Without the Solar this would have potentially been weeks of playing to find components and the time needed to craft/upgrade; to do it without Solar really would have felt far too grindy in our opinion. The one saving grace is that Solar doesn’t allow you to skip levels, and with the more powerful ships being level locked it does mean players can’t simply buy the best ships.

The game is far from remarkable, and in many ways plays a lot like other similar space shooters (like Dark Orbit), and we don’t really feel the browser version plays out as well as we imagine the mobile version would. For long sessions the game would get boring, but just taking out your phone for a quick session whilst you’re out and about, or checking on your production and upgrades, slowly working away at the game, then we do think it has a lot of potential for short, fun sessions. Whilst we were inundated with Solar to advance, the actual levelling process is very slow, so without Solar it would take an even longer amount of time to get anywhere. 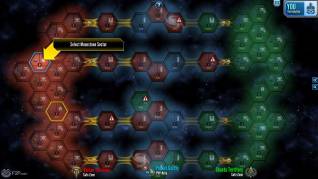 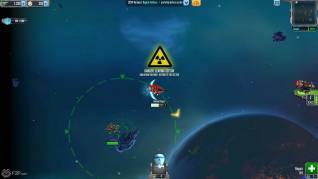