Population is a little low at times forcing gameplay only at key hours, easy to die in battle when you get started that can be offputting

We shuttled down to the world of Auraxis to check out Planetside 2 from Daybreak Game Company, a free to play first person open world shooter where players get to sign themselves up to one of three powerful factions in a battle for the planets continents. The game initially went live a little over four years ago and was the sequel to the hugely popular PlaneSide, and saw a return of that fast paced war-focused combat that was loved by original players.

When signing up we got the chance to choose which of the three factions we wished to join; the New Conglomerate, Vanu Sovereignty or Terran Republic, each having their own techs and vehicles which offer different advantages and drawbacks; but this early into the game it's not majorly impactful on a player which to choose, and so we went with the New Conglomerate.

After a quick tutorial about how to control your infantryman and how to interact with the world we were thrown into the game and we have to say it is quite overwhelming. Heading to a console we could switch between the six different classes: Light Assault (able to fly briefly with rocketpacks), Heavy Assault (shields and has a rocket launcher), Combat Medic (heals allies), Engineer (fixes vehicles and consoles as well as putting down turrets and mines), Infiltrator (long range sniper with a cloaking device that can also hack terminals), and MAX (Mechanized Assault Exosuit, which is basically a walking tank). This system alone is pretty awesome, whilst you level up your account you're able to level up your preferred roles/classes individually, buying new "Certs" by getting kills and capturing objectives and then purchasing new gear, weapons, and modifications; there is a really high level of individual customization in the game. 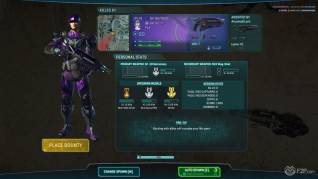 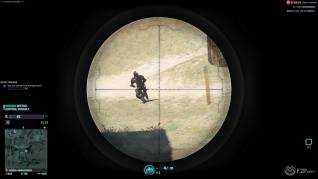 It doesn't stop there though. Whilst not a class of their own, players can purchase a one time use of dozens of different vehicles, that stick around until you log out or they get destroyed. The list ranges from two-man quad bikes just to get around the map quicker, armored personnel carriers that act as mobile spawn points when deployed (as well as letting players change their role whilst in the field) and all manner of tanks to dominate the land. Then you have the air units; ranging from bombers, carriers for parachute jumps, mobile fighter ships engaging in dogfights in the sky or trying to do hit and runs on ground targets; the air to land combat brings PlanetSide 2 to a whole new level when it comes to a realistic war simulator.

So we had options, though we didn’t have the Certs to jump into any vehicles (probably best as we can''t imagine we'd last that long as a new pilot behind the ship controls), but we did have a choice of infantry and plenty of places that needed our services. A look at the world map shows a breakdown of the four continents (each with their own biome environment) that the factions were fighting over, each broken up into dozens of interlinked territories that requires the capture of multiple objective locations in order to flip the point to your own faction. The beauty of the world map is that it isn't showing you a bunch of instances to load into, it is a huge open persistent world where you can travel between each zone, where you can choose to abandon one location if your faction suddenly needs you in the next territory over due to an enemy push. There are no loading screens (unless you hot-jump into the action from your base) and everyone on the server plays on the same world, which also means no level restrictions and veterans who have played the game since launch and have the best gear will be in the same fights alongside and against those players who have only just picked up an assault rifle. 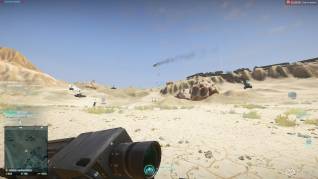 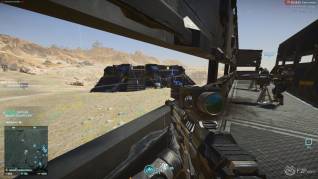 It's the best and worst thing about the game, it's awesome being a newby and seeing what you might be like in the future, there is a sense of awe as you watch from the ground and see a few ships battling in the skies above you, or seeing an organized Clan working together to exploit the weak points of an enemy fortification. Getting orders off experienced players and getting involved is awesome, and no matter how weak you are if you get a direct hit on the enemy then you make a difference. On the flip side though it is a learning curve, once a big firefight starts it's easy to be out of position or get one shot killed by an enemy Infiltrator that sniped you from a mile away; when your death screen pops up and you see that you died to a Battle Rank 120 (highest level) player with all the best gear, it's hard not to feel that it's a bit unfair.

Being part of something bigger is definitely where PlanetSide 2 excels though; the game is so big and at times a little low on the population with big battles only breaking out a peak hours these days, but you get a different experience at different times of the day. Get a little squad of players together and you can head out on a skirmish to take one of the smaller territories on the outskirts, or sneak into enemy territory to get a few kills from unsuspecting players; there is some satisfaction to be had by making a small contribution to your factions war effort. However, the huge battles are where the game shines.

One of our best moments was being a long push with our forces, about 100 players per side, and trying to make our way over a huge metal bridge with our tanks to assault the next territory, but the enemy forces already deeply entrenched at the other side and bottlenecking us on the bridge; it wasn't an ideal scenario for us but we had to break that blockade. We'd taken the role of Combat Medic and were constantly running from side to side of the bridge healing and resurrecting our fallen infantry or the engineers that were trying to keep our tanks repaired, all the while gunfire and armor shells were skimming past us as the enemy just kept unloading everything they had down the bridge. A look over the side and we could see a handful of smaller squads making their way under the bridge across the ice to try and flank the enemy up ahead, Infiltrators at both ends of the bridge playing a game of cat and mouse trying to pick each other off. It was a battle that lasted from start to finish about two hours until the enemy forces finally began to crumble and we made it across the bridge and shattered what was left of their defenses. It was an awesome night and it was one of the many war stories we were able to get from the game. 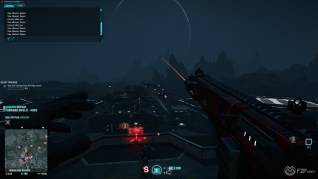 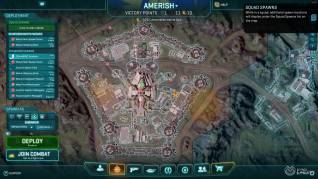 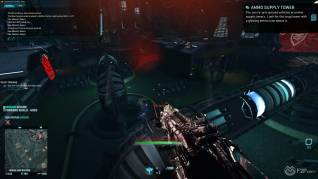 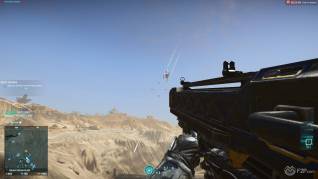