First Impressions on The Amazing Eternals

Not currently enough characters, maps or modes, cards are tough to use for new players

As you probably know, this week we checked out The Amazing Eternals from Digital Extremes (previously working under the title Keystone), a free to play FPS that is currently in closed beta. Players take on the role of different characters and build up their abilities and loadouts through a card-based deck system.

The game has a pretty cool retro 70s pulp theme to it, captured by the music, non-gameplay graphics (i.e. the card designs, artwork, menus, etc). Tying in to a pretty soft theme it also gives life to the various playable Eternals characters that we got to play as. In our own playtests we’ve managed to check out four of the main characters (Dread, Ray, Bristle and Winter) due to having previous access to the Alpha when it was Keystone. When starting out you get access to a single Eternal and their starter deck and then get the chance to unlock subsequent champions as you level up and advance around the game board, which is an interesting way to show your account progression.

The Eternals are fairly simple to use, each having typically two main weapons to switch between, a utility style ability for movement or healing, and then one main ability attack. Whilst it might initially feel a little thin when it comes to your basic loadout, players gain extra abilities and enhancements to their abilities from their card loadouts. 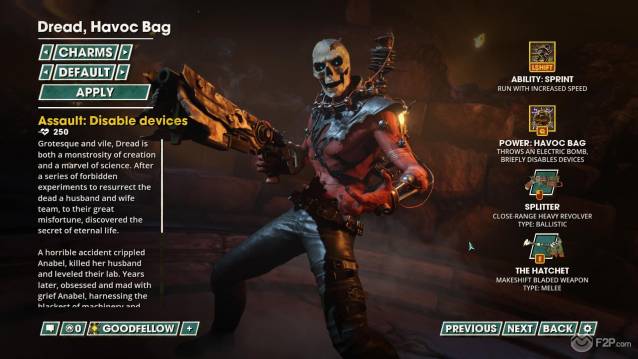 One of the biggest disappointments with the Eternals (bearing in mind that this is beta) is the staggering low number of them that are currently in the game. There are only five playable Eternals in the game right now, with the sixth character Niia “coming soon”, which includes two assault, one tank, one control and one support role covered. During a match players can play any Eternal and even switch between them after dying, so as often as not we see a lot of the same characters in every game. The comparisons with Overwatch are pretty easy, a hero FPS with ability based combat, but even in Overwatch’s early days the myriad of playable characters kept the game fresh. Beyond Ray’s ability to fly in the air with his jetpack there’s nothing stand out about the characters that makes them particularly memorable.

The deck system does in some ways save the lack of baseline abilities, with lots of individual customization options. When building a deck we got to choose 12 cards to take into combat, the order we put them in our deck was the order we drew them during a battle. Each card has a cooldown timer on it from when it’s drawn to when it can be used, and you can only have three cards drawn at once. It’s a neat little system and a twist on what we’ve seen other games do, Paladins from Hi-Rez Studios being an earlier released FPS with deck building mechanics.

Our biggest issue when first starting out on a character is not being fully aware of what cards they have; you can check them before going into battle, but a new player isn’t remembering 12 cards and the order that they will be drawn. The result was that, as often as not, we were just triggering our abilities the moment the cooldown was over just so that we had something a little more powerful than our standard abilities. 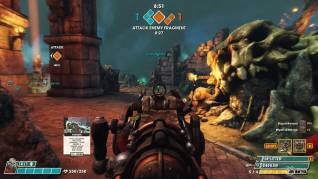 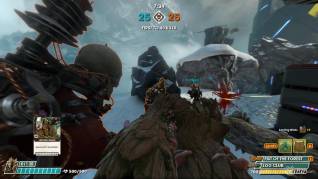 The game has two 5v5 game modes available, a standard “first to 40 points” team death match, and a point capture defend mode called Fragment Fight. There’s nothing overly original about the modes and, for the beta, the fact that we seemingly only had two maps in rotation and the same five characters meant that the game grew old pretty quickly. The environments themselves were pretty solid, both in look and layout but the kills gained in combat felt a little understated when you got them.

Overall the game is solid enough, what has been made available in the beta is a solid platform and concept with which to build a better game on. Unfortunately right now it is only a platform as it can no way constitute a title ready for release until there are another half a dozen characters available and some more maps. Style wise, both in gameplay and the look of combat, the game felt more to us like Quake Champions or LawBreakers than it did Overwatch or Paladins, and for us it would probably be better suited being in the other group. The biggest concern for now is how long it might take to roll out new Champions, how long the developers can afford to have the title in closed beta.

All we can say is watch this space, if Digital Extremes do have a lot more already made behind the scenes that they can bring out and are simply giving us a testing taster with a true Close Beta then The Amazing Eternals might have a bright future. If they’re planning on rolling out a soft “open beta” where they can start charging for the Booster Card Packs to bring in some cash, then we have a lot less faith that the game is going to go all that far. 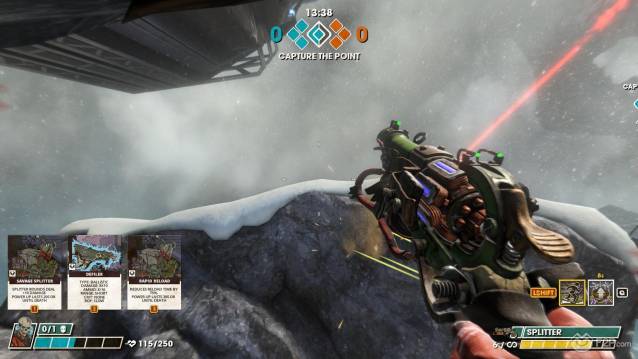 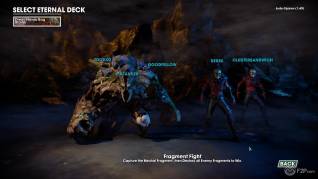 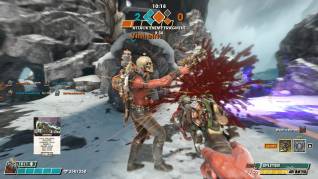 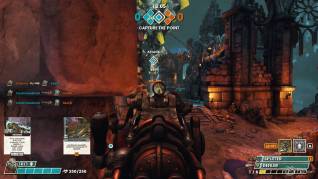 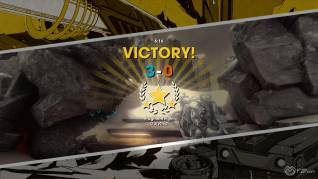 First Look at The Amazing Eternals