This week we took some time to check out Xyrality’s medieval strategy Lords & Knights. Free to play and accessible through both web browsers and mobile devices, the game gives players the chance to build their own empire. Interested to see how the game shaped up against other strategy MMOs, we played for a few hours to get an idea on some early experiences.

First impressions are mixed; a sleek and simple user interface looks a little too modern for our tastes, lacking any medieval/historic elements. The game looks and feels like a modern app and some gameplay/feature choices feel like the game was designed very much with mobile in mind. A lack of hover tooltips was noticeable; at times we wanted to know what a button/menu did without having to click into it. Similarly not knowing whether the grey blocks were iron or stone, or the lack of information as to what Silver was for. They’re all short term things that after a short time we picked up, but they all add to a rather frustrating early initial experience. Graphically the game is dated, the primary wooden castle settlement screen is stale, with only a few animations. As we were looking at this screen a lot it would have been nice to have something a little more engaging, or showing building upgrade changes. The region and world map elements are equally disappointing visually, but this all builds up to the same thing: form over fluff. 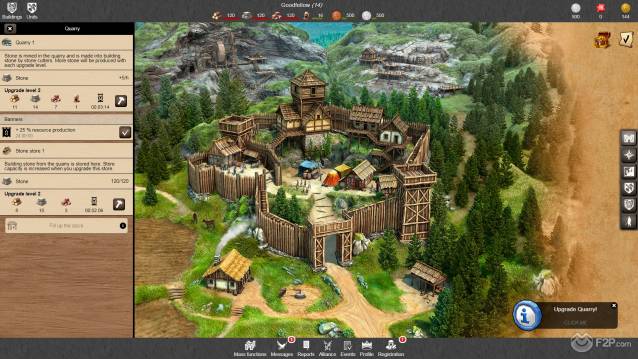 The core gameplay, particularly early on, revolved around the endless grind of upgrading building after building. Other than a few button clicks there’s nothing interesting, difficult or engaging about upgrading your castles buildings. So much so the task is repetitive and outright boring to keep doing, especially as training units is generally the same type of process. Starting building construction or troop training takes time, as does moving units around the world, or acquiring resources; everything takes minutes or hours to complete. The result is that the game has a lot of downtime and waiting around, and when you’re not waiting you’re doing boring tasks. This is why the game works better as an app than a browser game. Lords & Knights is something to pick up and check on every once in a while as opposed to trying to play it like a browser game.

What we felt with the game was that the developers had stripped backed the polish and shine and just left the bones and mechanics. The “Events” were little more than a task telling us to upgrade a specific building to rank 3, upon completing we’d get the same event tasking us to upgrade it to rank 5. Such an arbitrary and lazy approach to “Events” just highlights the grind of the title. It’s hard to enjoy this game; at least when you start playing. As with most online strategy games the enjoyment comes with playing for a longer period of time and become invested in your own empire.

The game is basic on the surface, very easy to pick up, but it has a number of subtle features that bring some nuance. Making an attack takes time to travel to a location, and so we had to time when we were making the attack due to the servers day/night cycle, with day and night having different effects. The use of Copper to send spies into a rival location was countered by the target having more Copper in their stores than the Spy was paid to perform their task. They’re small things, but they add a lot and they add something new. 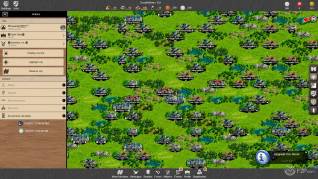 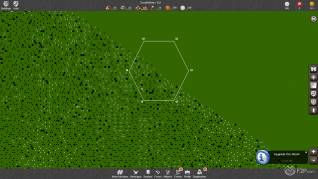 One of the biggest things about the game is that combat is actually meaningful. Players can conquer and occupy each other’s Castles, capturing multiple and converting them into a Fortress, and converting multiple Fortresses into a City. The long term planning with choosing the best targets based on where your Empire will grow takes a little extra finesse. It also means players territory can be taken over by other players, immediately adding in the investment that is needed to make the game exciting.

For those that want to play casually then it’s an option; if you aren’t that interesting a target then it’s rarely worth attacking you. The bigger you become, and the more enticing your territory becomes, the more active a player you simply have to be. Constantly responding to attacks, managing multiple castles, being able to conquer and be conquered. The beauty of Lords & Knights lies in its end-game; it’s just a shame that it’s initially a boring journey to get there.

The premium “Gold” currency is possibly a little on the impactful side for our liking. Bought with cash it allows players to rush training and production, speed up unit movement, expand build queues, replenish missing resources. It is pay to advance/win in practically every facet of the game. Whilst the game has its nuances we’re not sure if the strategy is deep enough that when at the top and playing competitively Gold might just give players too much of a pay to win edge.

Lords & Knights is a no frills strategy, it doesn’t look the best and the features are very shallow for the most part. Played through browser though and it’s easy to see how the game might grab you and reel you in, and as it’s free to play we’d definitely put it on our list of games to try out. 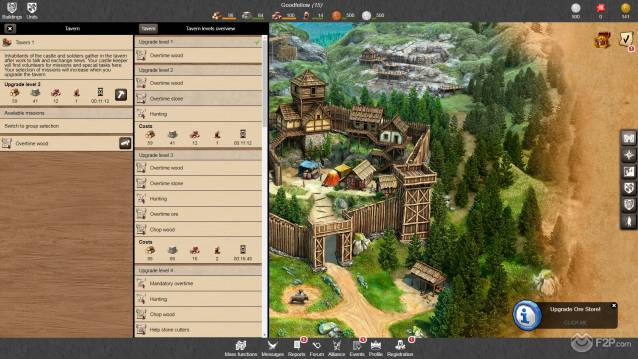 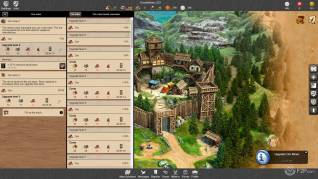 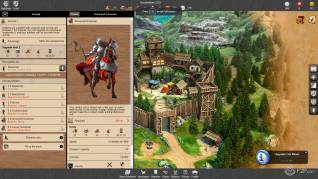