First Impressions on League of Angels 2

Enhanced 3D graphics, core gameplay is strong, over 60 heroes to choose from

Content can become a grind, translations are poor sometimes, performance isn’t great for our region

First Impressions on League of Angels 2

We took some time to check out GTArcade’s newest RPG League of Angels 2, the sequel to their previous browser free to play RPG that has now just been launched in North America. In the game you travel across a fantasy realm, completing quests, unlocking the story and recruiting new Angels to join your band of adventurers so that you can level them up and take on more challenging PVE content or face stronger players in the Arena PVP.

First of all, we have to say that the game is pretty much no different to every other Asian style RPG out there. Even with LoA2 we are met with the same core gameplay of collecting heroes, levelling them up in various ways and upgrading them, then getting slowly more powerful to try out new PVE features or try to climb the PVP rank ladder; it’s nothing we haven’t seen in a score of other RPGs. 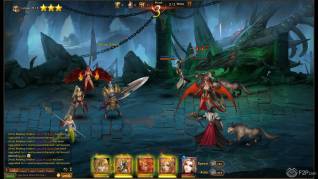 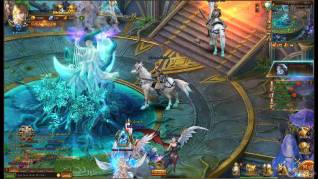 What we will say is that the graphics themselves are definitely worth taking note of, GTArcade have done an impressive job of adding 3D models and environments to the game and some very smooth animations for their characters; avoiding the clunky stuttering animations we see in other games. It is something that definitely stands the game out from the crowd, though the actual gameplay is essentially what we’ve already played. That isn’t to say there aren’t differences and tweaks between League of Angels 2 and its predecessor, or other games for that matter, it’s more a case of the fact that these titles are all generally so similar in concept, features and themes that the actual differences are so small and generally inconsequential that most casual players won’t notice them or they’re simply elements that only come into play in the late game.

The game focuses on combat and it’s here that the heart of the game stays the same; players acquire their new Angels by going through a rather uninteresting storyline littered with some dodgy translations, level them up and then add them into their Squad. Heroes can be placed in different positions and that is essentially the strategy of the game, trying to work out the synergy between characters and their skills because once you enter battle then everything is out of your hands and combat is automated. In PVE when the battle is progressing each character will build up a rage bar that when filled allows the player to manually trigger an ultimate skill that does lots of damage, mass heals, or some such, but that’s the only involvement we ever got and even then the early gameplay (and by early we mean the first 2 hours of content) was so easy we didn’t need to get involved at all. 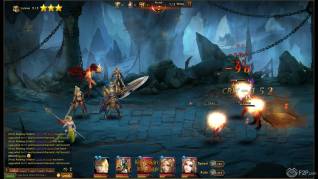 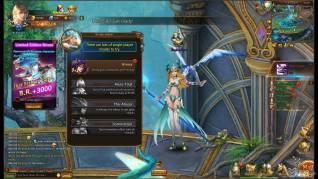 The PVE quest content is linear, you fight each encounter in the same order as everyone else in the game, meaning you unlock access to the same Angels as everyone else in the game in the same order. This is most noticeable when you finally unlock the PVP Arena and can challenge other players only to see that, for the most part, they have exactly the same team as you. You do get to see both the targeted players rank before challenging them, as well as their Battle Rating (BR) which is the total score of how powerful their team is based on the level of their characters, gear, upgrades, and other stuff. This really makes PVP kind of pointless in the early levels because you’re fighting against players with the same Angels, but if they are higher BR than you then you know they have the same team only more powerful, which ultimately will result in defeat.

We tried this theory out by fighting a guy 3000 BR higher than us (just a few upgrades to his Angels) and as we jumped into the mirror battle with our Angels in exactly same position, making the same attacks after each other, it was pretty obvious that the system didn’t work that well at early levels as having no control all we could do was watch as they hit a little harder and healed a little more until they finally defeated us. Curious as to how much strategy could be employed we decided to move our characters around in their formations (instead of the default ones they’d been put into), noticing our melee DPS character was dropping quite early we switched them onto the backline. Surprisingly we managed to get some early damage and dropped two of their heroes, leaving behind their main character, their healer and their tank; with two characters down they couldn’t kill us, but their healing output was still high enough that we couldn’t drop the tougher characters. The battle went on for the full 25 rounds and, as we had killed two of their heroes and lost none, we did actually manage to beat a higher ranked/BR player with some strategy, so it looked more promising; albeit trying to challenge anyone higher than this was a very one sided ass kicking no matter how much we changed our characters around in their formations. 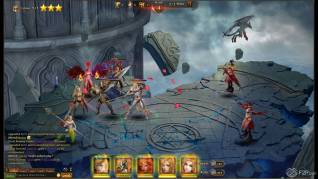 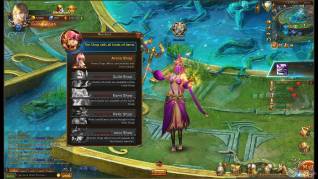 This was a little more promising for the strategy element, and with over 60 heroes to choose from we dare say the end game PVP might be a little more interesting; the problem is the absolute grind getting up there and going through the same content over and over getting the same resources to upgrade your characters. It’s not a fun journey. When you get to the end we’re not sure how fun it is either; once your reach rank 1 (as unlikely as it is) there’s not much else to do other than have to keep grinding to ensure your team stays stronger than any challengers.

Whilst the game isn’t different enough from other RPGs the concept that is in place is pretty solid and anyone who likes this genre should definitely take a look at League of Angels 2 for the graphical update alone. Though not without its issues, the poor performance when loading up background images being one of them, overall the game isn’t too bad and probably does stand above most of its competitors.