We were invited recently for a guided press tour with Senior Product Manager Brian Knox to check out the new anime MMORPG with action beat-em-up style combat from En Masse Entertainment: Kritika Online. Developed by Korean team Allm, the game has been available to the Asian market for a couple of years, but is now being published in the west and we got a chance to take a look at it.

Meeting up over Skype we had Brian at the helm as he guided us through our first steps, talking us over the MMO we got a chance to glance over the available pre-made characters that had been levelled up to 20 (still a far reach from the level 65 cap) which meant their specialisation had already been chosen. The game features four base classes with the Warrior, Rogue, Gunmage and Reaper, each of which had multiple specializations that players can unlock at level 15 (round about 2 hours of play); as we were interested in playing a DPS class we were guided towards the Catspaw, one of the Rogue subclasses that used some quick aerial attacks and melee combos. 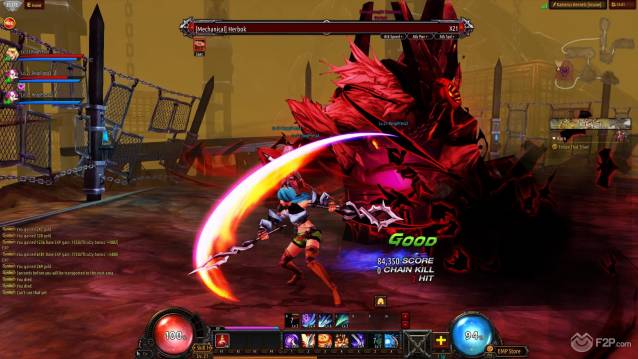 The majority of the game plays like many other MMORPGs, our character could equip gear, level up and acquire skill points to improve their abilities, and had a range of skills already on the hotkey bar. The main focus of gameplay, we were told, was to battle through various instances that the game was divided up into, each representing its own stage, and the faster we could complete a stage as well as the amount of damage we dealt and the least deaths meant we’d collectively as a group score higher overall and obtain better rewards, with a single player highlighted as the MVP as well.

We were guided into the first dungeon (known as Danger Zones), as a three man team; when we entered the instanced portal we were able to select the instance we wanted to head to which were broken up into different level ranges as well as the difficulty, ranging from easy, medium, hard and insane. We were told that the aim was to create something that really was challenging, particularly with the Insane difficulty, and one of the main goals for the western Closed Beta is to balance that difficulty to a suitable level for players, Brian told us that En Masse are pushing to have their Hard and Insane modes be the hardest across all the regions that the game has been released in.

Inside the instance we had a minimap available that showed the route, it was a pretty linear route that took us through different areas and lead to a big bad boss that was marked on the map; we have to say it was quite disappointing to see how straightforward the map layout was with no real variation on your route (it wasn’t restricted to just this area). There’s an extra room here and there that can be completely skipped and is typically for quests that bring you back into the instance to complete it again, so once completed players replaying the instance again won’t have to head there and instead can focus on speed-run completion. Whilst we’re not sure whether this improves later into the game, at level 20 (around 4 hours of gameplay) we’d have hoped for something a little more sandboxy by this point and even the instanced areas themselves are divided up into smaller areas and you need to clear each area in full before you can head to the next one. 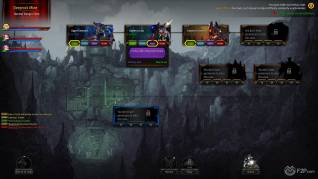 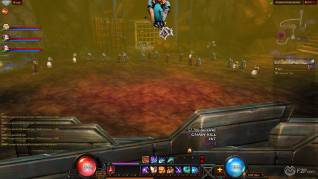 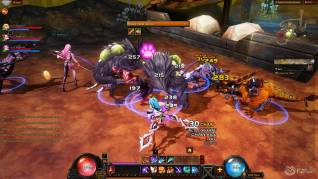 Jumping into battle was actually pretty fun, a dozen enemies with some pretty large healthbars meant we were unleashing plenty of attacks that were on fairly short cooldowns, the combat was pretty dynamic and action focused and very reminiscent of a platform brawler. Players can perform different combos, and the early gameplay tutorial teaches players a few, but in general players will discover these themselves and they require different button combos and timing to execute. With the exception of the bosses the enemies feel quite generic, whilst they are different enemies visually they’re typically melee units with hipoints to chew through and clearing a stage can take a while. It’s an odd balance between generally quite entertaining combat with button mashing, working out how to juggle enemies and keep them in the air, or having to quickly mash A-D over and over to break a stun, but every battle did feel extremely similar and at times a grind. We fought our way through the zone with ease, barely having a scratch, and ended up with an S rating (SS being the best).

Back in town Brian explained a few of the features of the game such as collecting, crafting and improving your gear, all of which can level up with you and the enhancement system lets you transfer boosts from one item to another item so players don’t have to lose out on their improvements when they need to upgrade their gear. The game has a neat system that allows you to repair gear at the end of combat so that you don’t necessarily need to head back to town if you want to keep fighting. The game also encourage alt’ing (making multiple characters) such as characters having rest points when they are inactive, so logging them in allows you to level them up quicker and get better drops. They also have a buff on all characters based on the overall level of all your characters, so the more alts you have (and from our free account we only got access to two for free) the better all your characters become. A mini tour through the shop showed a lot of cosmetic and convenience stuff (some very out of theme funny costumes were available), but nothing that stood out as being op or game unbalancing, though balancing the shop is another one of the things focused on in the closed beta. 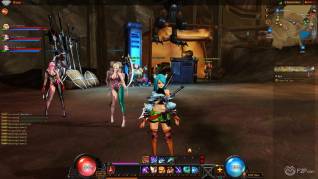 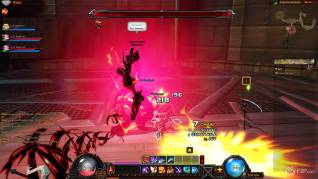 We headed into one final dungeon and played it on Insane difficulty, the area did feel a lot like the other, but the boss was extremely difficult as we had to battle against this huge mechanical robot dog beast thing. It had a phenomenally tough charge attack and was able to one shot us more than once (thankfully we had some items that allowed us to quickly resurrect and get back into the battle), and it wasn’t only us that dropped but also our publisher companions, showing that the Insanity difficulty was definitely living up to its name. A long battle fought through a ton of healthbars, we finally dropped it and even picked up MVP for ourselves!

The game seems to be in a decent spot, though it’s hard to put it alongside a lot of other more open sandbox RPGs and it definitely feels more like a stage-clearing brawler that’s pushed along with some quests and story-arcs but lacks a large element of freedom. The pace towards end-game/max level is around 100 hours of gameplay and so getting through the content and encouraging players to replay it seems to be the main focus, the game layout is essentially like putting together all the dungeons from an MMO and cutting out the open world element, for better or worse. The publishers and developers are actively looking for feedback from the closed beta and are adamant that the opinions and feedback from the western playerbase is going to have as equal impact on the game as that from the current Asian players. 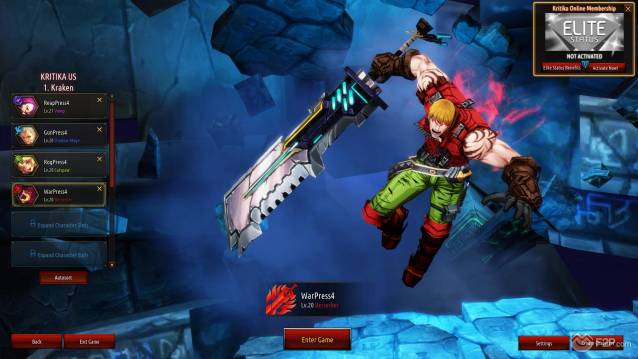