We recently checked out the new version for XS Software’s free to play browser strategy, Khan Wars, with its new facelift being given the name Khan Wars X. When heading into the game players are now met with two server choices; the New world or the Retro world, the Retro being the old style with old graphics and New world being updates and added features. Heading into the game we played for a few hours to see how we felt about the title, not just as a comparison to how it has changed from the original Khan Wars but also how it stands now as city building strategy in the genre.

The new graphical updates are undeniably a vast improvement, they now look sleek and well-crafted and are a major step up from the rather basic and tired graphics that Khan Wars original has. Included in this is the polished user interface which now gives the game a bit more playability and functionality on iOS and Android as opposed to being primarily browser focused. Having checked the game on our Galaxy S5 Mini (4.5” screen size) we were pleasantly surprised to see that, whilst we have minimal screen retail, the UI is passable and button are easy enough to interact with when playing in landscape mode (portrait it is impossible to play). 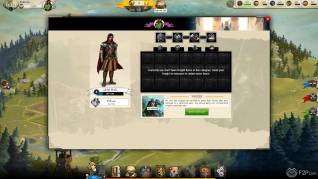 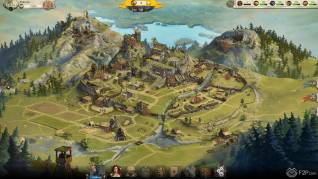 At level three we were able to build a Clan, one of the new features, which in all honesty seems like a really odd function to provide so early and you would expect it to be more of a later level feature when players are experienced with the game and actually know how to realistically run a Clan. Joining a Clan from level 3 by all means, we’d understand that, but creating one seems to be bowing more to the veteran players needs from the old version that already have informal groups than being something new players should have access to.

One difference that the developers have chosen to make is to start players off as a nation-less faction; originally players would choose from one of the dozen or so nations from the very beginning, each having unique boosts, penalties and special unit. This choice has now been moved to player Level 7… and honestly we don’t see why; you learn practically nothing about the game in seven levels other how to train up units and upgrade buildings, there’s nothing so profoundly different in seven levels compared to starting at level 1 that would heavily influence our choice of faction; if we were to play aggressively then we’d pick a faction with Aggressive traits and support for that kind of playstyle. 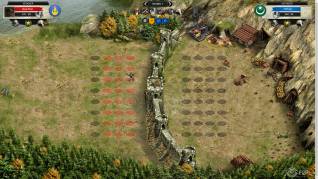 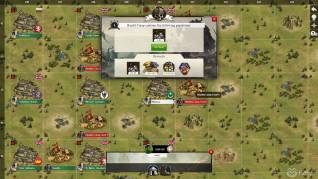 Whilst there are a few tweaks and changes between the modes we have to say that they were too subtle that we’d notice, having never really played Khan Wars to any great extent, but those switching from the old version to the new will no doubt notice and feel the differences. 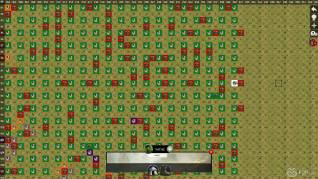 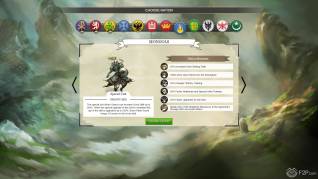 One of the new additions to the game was a new “Intelligence” skill, earning skill points each time we levelled up we had 8 and were able to check out the new feature, which reportedly would give us more information on our opponents; each skill point spent in Intelligence added an extra boost, with three available ranks in the skill from Apprentice, Advanced to Master. We clicked straight into Master and then… couldn’t work out how that skill benefited us in any way; we couldn’t see any new features, no espionage units, we went into the world map to see if we could check out AI enemies or rival players buildings (perhaps because everyone was new and in newbie protection around us, but the Espionage action on higher level players, which could have already been there for all we know, could only be used from Rank 9).

This was our biggest issue with Khan Wars. Whilst the developers have spruced up the aesthetics, they have made it more accessible and functional for mobile devices, what they haven’t done is make it more functional and user friendly for new players. From the nation select screen at Rank 7 we could check all the boosts our nation choice would give us; the moment we selected it we couldn’t find what those boosts were again in any of the sub-menus. Picking up Intelligence skill it wasn’t clear how this was to be used, the lack of readily available information was very concerning and at times frustrating; combined with the low level requirements for Clan creation and the presumed knowledge of how the game works, it definitely feels like this new version of Khan Wars is more to keep the older playerbase happy than to take strides bringing in new players.

Realistically whilst the game doesn’t look that bad, and yes you could use the sites and wikis for the missing information, and though the gameplay is boring early game following the quests then yes you could of course just not do them and do something else (but not getting the quest reward bonuses would greatly hinder you); the game just isn’t optimized for new players or fun early game content. It’s made with a mind for a type of player that already likes these kinds of games and doesn’t mind the grind mentality to push through hours of boring gameplay to get to the fun bit at the end. 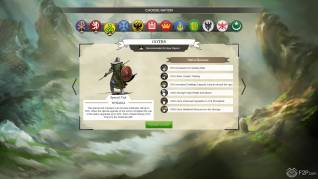 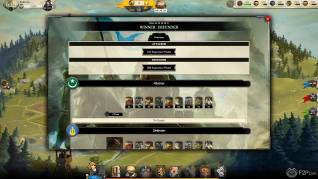