Quests are linear and too often the same throughout, uninspiring content and generic gameplay, automated combats makes the game pointless.

Guardians of Divinity (G.O.D.) is a new Asian developed MMORPG for web browsers that has just entered Closed Beta for EU and NA audiences. A step into the genre reveals a lot of the same classic features we’ve come to expect of these titles and we tried the game to see what was on offer.

Loading up the game didn’t break from the norm too much, we had three classes to choose from with Warrior, Mage or Archer, each of which were locked to a set gender and had no customization options. Logging in the game jumped straight into auto-pilot, which wasn’t a major surprise, and started picking up and completing our quests automatically including using our various skills in combat to carve a path through the mobs straight to the next objective on our linear quest path.

From what we could tell (not much information regarding it) it seems like the general level cap is around 150, or at least that’s how far the main quests take you, we saw a few popups saying that players had exceeded level 150 by doing different stuff. The problem is that level 119 content (as far as we got before calling it a day) was exactly the same as level 1 content. You go to an NPC, pick up a quest to kill around about a dozen of a certain enemy, go to the area and kill them, hand in the quest and get sent to another NPC to kill a dozen different enemies. You are generally around 5 levels higher than what you’re killing if you’re only levelling through the quests, so you kill everything with ease and literally stand in the middle of a huge constantly respawning group and kill what you need. You level up, the next set of enemies are levelled up to match, so it’s the same play level/mob level ratio all the time, takes roughly the same amount of time to complete each quest, taking round about the same damage %... for 3 hours/100+ levels. 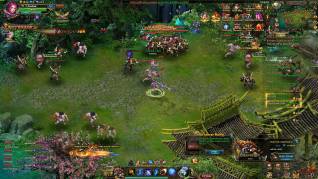 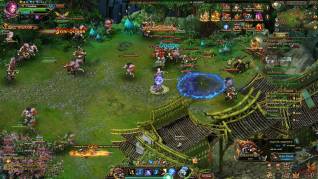 Now the story from quest to quest changes… slightly... it’s a bunch of Gods, or mythological figures needing your help so that they in turn will help you, they all have a reason but for omnipotent beings they sure do suck at dealing with their mini-dramas. Work your way through a bunch of quests and you complete the chapter by fighting some evil deity at the end... again... there’s nothing to combat, nothing special, no fun boss mechanics and it’s literally just another mob but with more HP and deals a bit more damage, but absolutely no challenge. The entire levelling process is a grind and a waste of time, the quests aren’t compelling enough to want to read through the text, so you just end up skipping most of what is being said (otherwise your levelling would take double the amount of time). The one major saving grace is that the English translations are actually done well, these games are usually plagues with bad localized translations, but Guardians of Divinity at least had a competent translator on the job; can’t say the actually writing, dialogue and story is of the same quality and unfortunately lacks in originality or interesting content.

The graphics were a major saving grace of the game and are actually some of the best we’ve seen in these types of RPGs, the character models were well designed and there didn’t seem to be much in the way of reused graphics, and the environments themselves were magnificent ranging from some traditional Egyptian desert areas to space like voids. The size and concept behind a lot of the levels was pretty impressive, it’s a shame that the game lacks an exploration type gameplay because looking around places instead of just going from one quest to the next might have proven more interesting. 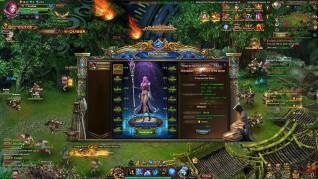 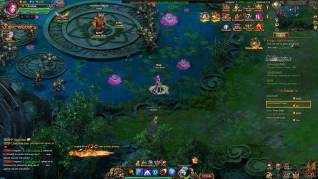 Levelling, as mentioned, was a snail pace and pretty dull process and the rate at which we were unlocking features was extremely slow with only the linear quests for the most part to keep us progressing. Over time we unlocked some Group Dungeons (which could be soloed and didn’t offer anything new insofar as mechanics), it took until around level 105 until we actually unlocked PVP, unfortunately it was only a standard Arena feature where you can challenge other players around your level and fight against AI versions of their character to try and increase your rank. We checked out the Arena Ranks to see what we were up against, we were C.P. 15k at level 119 with an Arena Rank of 4115, with most of our gear Enhanced up to level 50; you can enhance it up to your character level by spending gold but we had nowhere near enough to keep it all maxed out. The top ranked PVP Arena player was level with a C.P. of 215k…. we can’t even begin to imagine how much money that would cost to get to and can’t see players getting it just by playing and not paying..

The game is definitely lacking in a lot of areas for us personally, this is more an issue with the genre than it is Guardians of Divinity itself, as it happens it probably is one of the better and more well put together Asian RPGs, even if it does seem to lack accessible events at our level range (and near 3 hours of play). If these games are your thing then we can at least say it’s probably worth checking out. 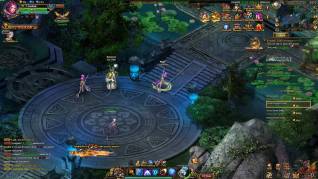 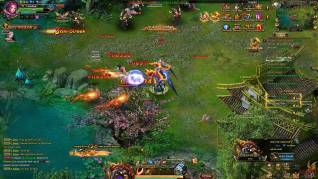 And if you want to know more about this title visit our profile by clicking the "Info" button below.

First Look at Guardians of Divinity