We played the open beta of longest titled game in the world recently, Nexon’s futuristic anime themed Ghost in the Shell: Stand Alone Complex – First Assault Online, a free to play first person shooter taking on the theme of the popular manga anime Ghost in the Shell. In the series a special division of cyborgs hunt down cyber terrorists and other bad guys, with their enhanced bodies and built in special abilities they are walking weapons with a mind. The game is a team based PVP shooter with various maps and game modes where players can unlock different characters from the show, each of which has their own unique abilities.

The game has a fairly unique feature with each character’s ability; throughout the course of the game you build up your unique Q skill, it requires you to earn points and building up your skills gauge, when you reach halfway (200 points) then you can trigger your Q. You build points over time for your first 200 points, however your next 200 points to max out your gauge can only be earned by killing enemies and completing mission objectives. At halfway you get a single use of your skill, ranging from sending out AI drones to kill enemies, going into stealth, firing rocket launcher arms, all depending on the character; at full gauge your ability is not only more powerful but you can also share it with other players who are playing a character that doesn’t normally have that ability. Pretty cool. 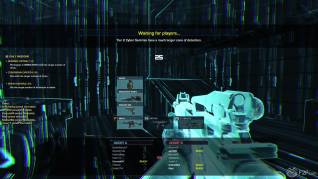 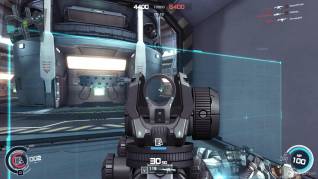 Unfortunately, when it comes to unique features, that’s all. The rest is very much a standard FPS with an unfortunate three PVP game modes; Team Deathmatch, Terminal Conquest (point capture) and Demolition (classic no respawn plant/disarm the bomb at one of two locations or kill all the enemy). A new mode mode has recently been introduced known as Ghost Assault mode, where players dressed up as cyborgs fight against one person in stealth mode. In total there are 9 maps, which isn’t too bad, but some are only available for certain game modes. If you’re a player who isn’t a big fan of just mindless killing for a set time limit, ie. Team Deathmatch, and prefer something objective based, then you’re map choices drop to 6 maps.

For a modern FPS we personally think it’s a bit of a sorry state of affairs, don’t get us wrong the level design is pretty fun but it’s far from complex, rarely more than a single upper level that you’d ever need to consider vertically and the maps aren’t huge. When compared with some other more modern FPS it’s actually pretty poor that more hasn’t been done, particularly when you’re using a Ghost in the Shell setting where the characters themselves can do some pretty ninja-like acrobatics, running up walls and on ceilings, jumping from building to building. All of this has been glossed over in First Assault and instead players get fairly similar characters with one single different Q skill, with each character needing to be individually unlocked before you can play them. 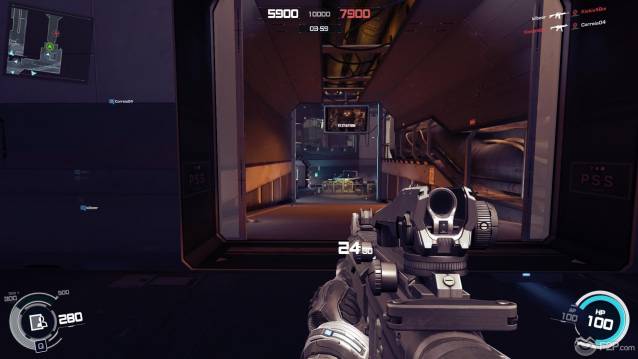 Gear is extremely limited and when you start out there is zero available customization, playing more and earning new levels unlocks not only features but access to more gear; there’s a variety of mods to augment your weapons, but in general the weapons are fairly standard and don’t go much beyond a bunch of pistols, assault rifles, SMGs and sniper rifles. Once more the game developers have not embraced the setting and the possibilities of doing something different; it feels like a copy paste of a lot of other Asian developed FPS games with a fairly standard set of features and mechanics.

Now with all this said, the game is still fun; the combat is fast though at times a little more brutal than we’d like and it feels like the range of assault rifles and SMGs is easily comparable to the sniper rifle resulting in a lot of quick deaths. The major issues we had was in that the hitbox detection, or server lag, made for some really big problems; so many times we’d be shot at and then the killing blow would happen after we’d gotten behind cover (so presumably to the enemy we were still out of cover), or we’d be unloading a spray of machinegun fire at an approaching enemy who would still be able to get to us and one shot kill us in melee. Two players trying to melee is pretty ridiculous as you watch yourselves bounce around each other trying to hit at the air of where your enemy might be due to the lag.

Whilst GitS:SAC-FAO is a good idea in concept, the issue is that the developers latched onto a cool idea with the skill sharing and then thought that was enough, what remains is a bog standard FPS game with some terrible performance issues. The grind is quite oppressive and the huge customization restrictions can mean that only playing the same three game modes with the same character with the same weapons for a long time gets increasingly frustrating. 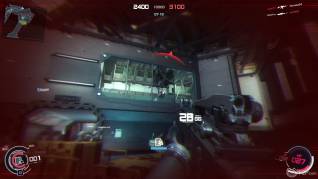 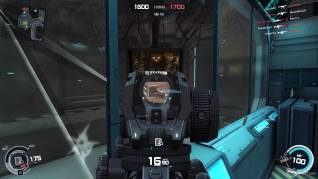 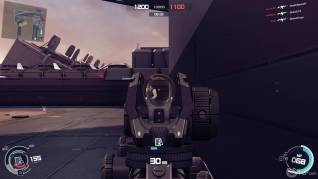 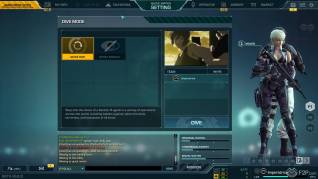