Last week we checked out the Early Access of the newest free to play “Strategy Card Game meets Living Board” from Abrakam, when the publisher launch the game the game now is Pay to Play Faeria, in which we see a rather well executed combination of the classic card collecting genre with a strategic board game. The general art and colour palette used is an instant draw, the appealing fantasy elements captured with the general user interface and different map environments that we came across when playing; the game looks great and sounds interesting, so we couldn’t wait to try it out.

On the surface the game plays essentially like a standard card collecting game (CCG), going through the tutorial granted us some starter cards for our deck, completing a few quests and matches got us a few more. The premise is to create a deck, randomly draw cards from your hand, play them using “faeria” resources (essentially mana/energy) and ultimately try to reduce the opposing player/AI “God” character to zero hitpoints. Your deck of cards has Creatures (complete with attack value, damage value and typical traits such as “Taunt” and “Charge”), Events that can cause beneficial and detrimental effects to the player’s creatures, the “board”, or the Gods themselves (they are essentially spell/action cards). Finally you have Structures, which are for all intents and purposes Artifact cards, they take a permanent position in the game and grant bonuses to allies or hindrances to enemies until they are removed from play. So far pretty typical, the difference is the board game element. 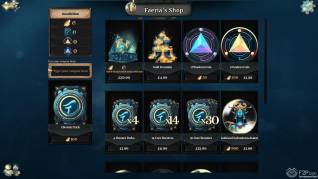 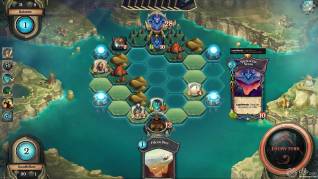 Creature cards, when drawn, are placed onto a hex based map, they are represented by a token and can be moved around the map with the intent of destroying enemy creatures and trying to work their way across the map to the enemy God to attack it directly. This element, whilst a little more original, is still something we’ve seen before and had elements of Pox Nora or even World of Tanks: Generals; player strategy comes from building a strong deck and then playing that deck strategically on a battlefield knowing where to position Creatures and Structures.

It is the third element of the game that really starts to make Faeria one of a kind: constructing land.

When starting out the map is just a blank ocean map, still broken up into hexes, but without land your units can’t be placed onto the map (unless they have the Aquatic trait and can move through water). As a God you can remedy this by placing down land each turn as a free action, players can place down two standard Plains tiles, which allow you to put down units, make paths towards Faeria Wells (which grant you more Faeria each turn to play more cards), make paths to enemies, or cut them off, and eventually make a route to the enemy God at the other side of the map. Instead of playing two Plains cards, instead the player can place one single special terrain: Mountain, Forest, Lake or Desert; whilst these tiles do not hinder the movement of other units, they are pre-requisites for certain card types.

Cards can fall under the four terrain types, or a fifth neutral/human type, here they will have a pre-requisite stating how many tiles of a particular terrain type must be placed by their owner before that card can be played, furthermore these types of card can only enter the battlefield on those terrain tiles adding an element of tactics by the enemy occupying a terrain so that you can’t place your larger units.

The game is not difficult to get into; it’s very intuitive and with the various options feels extremely strategic on many different levels, at times barely feeling like a CCG/TCG title at all. We’re generally dubious when games try to straddle two genre types, neither one nor the other, as it can be harder to find the playerbase that both genre aspects appeal to, thankfully we don’t think Faeria is going to have that problem and so far it feels like an extremely well put together game. 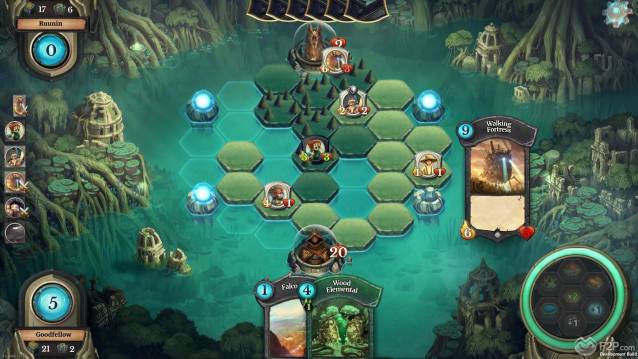 The three different modes offer something for everyone, the Battle mode is the standard vs mode to fight in PVP against other players, either ranked or unranked, whereas Solo mode is more PVE focused offering up a campaign mode has you progress through different levels facing off against some unique characters. The fun thing with Solo mode is that it can step away from the traditional ruleset, offer up a new battleground layout with Faeria Well positioning or unique cards and events that would otherwise make PVP too random. Thrown into the Solo mode are Puzzle games where you are dropped in the middle of a battle scenario and have to win the match in one turn using a specific strategy, positioning of pieces and making moves in the right order; it’s a fairly easy mode once you get a firm grasp of the mechanics, but it helps translate making these plays into the PVP vs mode.

Arena mode, or “Pandora” allows us to make a deck on the fly getting a choice of three different cards until we’ve built up a deck of 30, then we need to battle through a number of matches before acquiring a set amount of losses. There are two variations with Pandora mode, firstly players can access it with a standard premium Pandora Run using a Pandora Coin that can be bought with 250 gold currency or cash, you get to try and make 12 wins before 3 losses and are guaranteed a booster pack (normally 100 gold in the shop) but will be able to win mythical cards. Players can also play a Phantom Run spending a Phantom Coin, players get a single Phantom Coin every day and with it they must battle in the arena to get 6 wins before getting 2 losses; the rewards offer up gold depending on how many victories you get (allowing players to earn booster packs more easily) and if a player manages all 6 victories then they get 100 gold and a Pandora Coin. We think it’s a pretty good system that makes earning currency easier and a chance to get involved in the arena/Pandora mode without players being forced to spend cash, instead of having to debate on whether to spend their hard earned Gold on cards or Pandora coins it makes a much more accessible system. 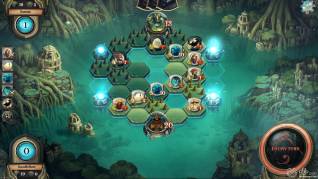 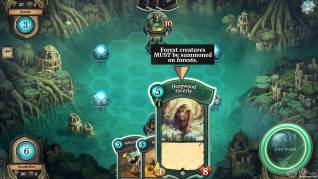 Right now we can only sing the praises of Faeria, it looks fantastic, has the majority of the necessary features (and more) you would expect of a CCG, it has a simple and easy to use deck builder and Codex that will make a useful deck for you, fun combat strategy and already has a growing eSports scene with an official monthly tournament taking the best 8 players from the game, qualifier matches and some invite/community favourite players, with the games official Twitch stream showing the matches themselves.

The only thing we’re not so sure on right now is the ability to drop $50/£40 in the game’s cash shop to buy the “Ultimate Competitor Package” which gives players every card from the core set, on the one hand we can see that this gives a cash injection to the developers to keep the game going, it is essentially the very essence of Pay to Win. Providing the match maker takes things like card collection into account (and we’d like to think with this purchase it does) then pairing up similarly decked players would then make this less of an issue for us, but going into ranked mode and wanting to be competitive or even wanting to try and get top 8 to get into the tournaments essentially makes this purchase a necessity. Hopefully you won’t be able to purchase these kinds of Ultimate Packages for future sets and they’ll only be acquirable through boosters or set specific packs. 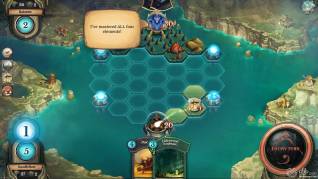 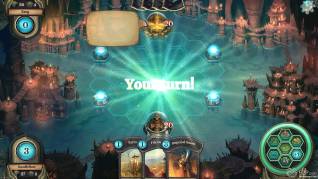 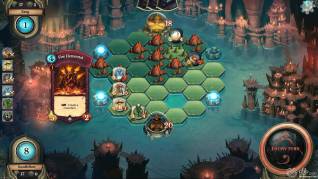 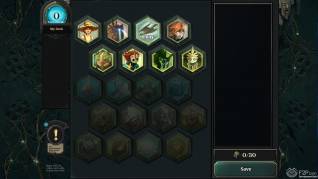