First Impressions on Elysian War. We recently checked out the beta of AMZGame’s free to play strategy title Elysian War, a base and army building browser-based MMO game. In the game players act as the chosen by the Gods to battle against the chaotic deities of Hades and Chronos who want to destroy Elysian. By summoning Generals to our side made up of various heroes and gods from Ancient Greece we are thrust into a story RPG with PVE and PVP gameplay.

First impressions of the game were hardly super inspiring as the graphics, UI and sound are all definitely edging towards the low production quality/dated assets. For a browser game Elysian War could look far better instead of looking like another thrown out RPG strategy from Asia. Combined with the telling poor English translations from the narrative dialogue we didn’t hold up much hope for the game.

We were, however, pleasantly surprised. 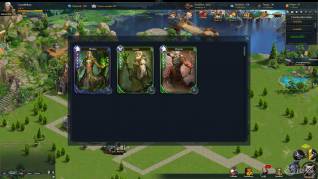 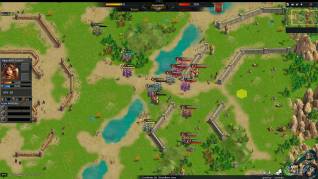 When we got into combat and saw that it wasn’t simply another AFK battle of building up armies and sending them into combat, but an actual turn based strategy, our interest was piqued. The combat has a chess-like quality with battle maps being broken up into a hex based grid to move pieces around. It’s not the first time we’ve seen this, InnoGames offers the same kind of combat with their strategy Forge of Empire and Elvenar, but whilst it isn’t unique it’s a huge improvement from more traditional automated combat.

In the battle the different units we had control of were led by our Generals, different unit types that could perform different attacks. Our melee units could do a cleave attack to attack an enemy and those flanking on either side of it. Our cavalry could do a charge attack to head in a line across three hex squares and damage every enemy occupying them. Throw in terrain that only allows certain unit types to pass through it and we suddenly had a really strategic game that focused heavily on positioning.

Our combat experienced was purely PVE driven; focusing mostly on the Campaign element that also advanced the game’s story-arc. A series of stages that would pit us against various opponents on different maps, which very early on highlighted that the maps wouldn’t be basic. As well as wilderness maps we also had to battle through fortifications and cities, past enemy watch towers and hordes of units. In one of the later battles we got to control our own 5 generals that we’d taken into battle as well as another 5 from our AI ally, Hercules, giving us 10 units to play with. With each stage there is a specific objective, usually to simply kill all the enemies, and getting more rewards if you can do it in fewer rounds. In this particular map we were facing Hippolyta and her army of troops, our objective was to simply kill her and that would grant us victory. Charging our main force down the middle of the map straight towards her, but using some units to protect our flanks from her scattered outer troops we had a good clash early on. A few gambits were run, sacrificing units to try and get closer to her, forcing her units to group up and unleashing rains of arrows and big AOE sand swarms on them. We looked like we had a sizeable advantage, until unexpected waves appeared at our flanks again and then it became a scramble to drop her before we got wiped out. The positioning, different combat attacks, terrain and unexpected changes to the battlefield really did make the campaign combat feel fresh. 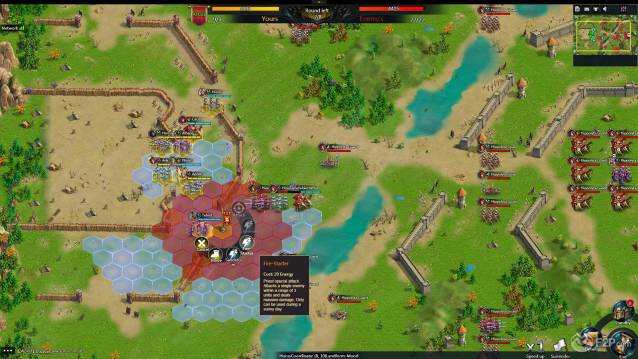 As we levelled up we unlocked new features such as the ability to build our city, placing buildings and upgrading them to get access to different resources. This part of the game was very typical of most browser RPG strategy titles and primarily was a system to give players a way to level up their Generals.

Generals took the form of our individual units in combat and would have their own stats and abilities unique to them. Through the Summoning mechanic we could summon different Generals that had different rarity/quality; players could spend in-game currency for low tier summons, materials for medium, and premium Diamonds currency for elite summons. Essentially, with premium currency, you drastically improve your chances of summoning a higher rarity/power of General to use in combat. There were a few ways to improve each individual, but outside of requiring a different type of material, they were all pretty much the same system of set mechanics to do it, so again, not much interesting here.

Progressing a little further and we opened up our first feature that has potential for PVP; Dominion. Here we chose the location of our City on the world map, broken up into small territory hexes, and could then battle to take control of them. Taking control of territories meant fighting AI opponents that were defending them; if successful we’d place a flag down on the territory to claim it. The connecting territories made up your Empires border; we would control all the other hex territories inside our border without needing to capture them all. Encircling strategic territory hexes would yield added resources to our City, giving us a good reason for expansion. Of course we weren’t the only ones trying to take territories and in time players borders would constantly be in contention between them and their rivals trying to take their land. As we were playing at the beta launch no one was anywhere near close enough to start being an issue or to check out any possible PVP in this way. Stuck with only AI PVE battles we were able to AFK a battle and let the AI control both armies, often doing a pretty poor job and only being able to defeat the weakest enemies, which we like, it means players actually have to play!

Overall Elysian War was good fun and whilst some progression elements don’t quite have the same level of fun or interesting gameplay, the combat makes up for it. Even battling against AI, which at times was easy, we could see the direction it was heading in and more than a few times we saw in global chat players asking for help on how to defeat a particular Campaign stage. If you can overlook the mediocre graphics, bland storyline and poor translations, at its heart Elysian War has a fun, tactical and no doubt competitive PVP combat system. 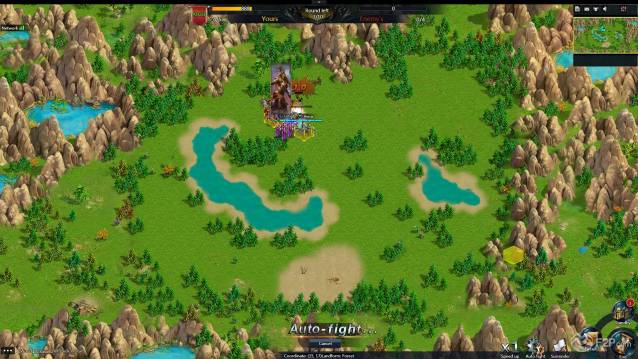 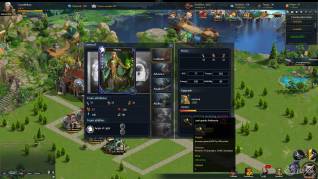 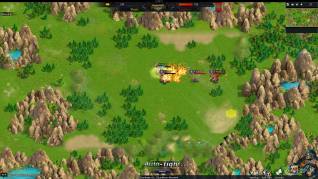 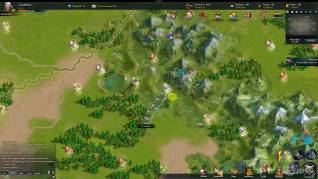 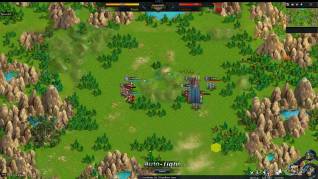