A little more control in combat compared to other RPG titles

We got the chance to try out the closed beta of R2Games' newest fantasy RPG, Dawnbreaker Online, a browser-based free to play MMO where players are tasked by the Goddess of Time to recruit a band of companions and fight whatever evil is on the rise. In truth it was a bit of a garbled mess what the actual story and lore was (and the official website links to the wrong article under the Lore section), but in truth the actual story doesn't seem to be all that important anyway. The crux of Dawnbreaker Online is to recruit companions, level them up through a variety of button clicking systems, and try to make your team as powerful as possible for competing against other players for Arena rank. As the game was a closed beta everything is technically subject to change, but the reality is that the core game already exists and has been ported for the Western market, so it's fair to say that everything we played emulates the original release content.

First up was character selection, two pre-made characters with no customization options; a female spellcaster or male warrior, typically we see at least three available classes in these RPGs but with the lack of effort that seemingly went into the paper-thin Dawnbreaker Online features, it isn't that big of a surprise that we were short changed with characters. Our choice of character primarily determined the types of NPC companions we'd want to recruit into the team; as we'd chosen the female spellcaster this meant we would be vulnerable with no frontline defender, and so one of our first NPCs we'd want to focus on acquiring was a warrior. Unfortunately the game's NPCs are unlocked in a set order with our first three lower tier heroes being a female healer called Hydra who was our first teammate, then a female tank called Arthur and finally a female melee DPS called Jeanne, rounding off our pretty well balanced team. 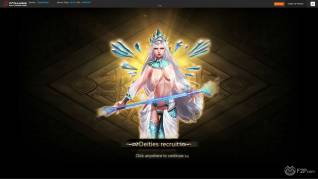 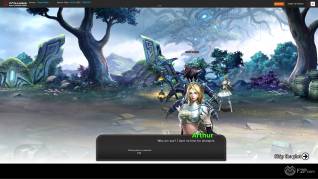 The aim of the game, realistically, is choosing which teammates you want based on your strategy (defensive, offensive, balanced) and then repeating the game content over and over to level them up by spending resources and currency. The leveling systems ranged from spending coin to train them up to your main characters' level, to earning, equipping and upgrading gear. Whilst the systems were numerous they were shallow and rarely ventured beyond clicking a button to improve a stat or levelling up your mount, or spending points in the extremely linear talent tree. It was a whisper of customization but had no real complexity or deep strategy involved in it, just a single-minded grind to try and increase your teams Power rating to take on greater challenges.

Challenges, first and foremost, came in the form of the PVE Campaign quest stages, a series of areas broken down into multiple stages that, once again, had to be done in a specific order albeit nearly every battle regardless of the area or enemies felt exactly the same and other than some poor dialogue every once in a while was the game's poor attempt at distributing some story.

Combat, in fairness, wasn't the worst system we've seen and whilst there were the typical automated elements that allowed us to walk away from the computer and let our team battle against the enemy without any input (or danger of dying), there were some more hands on possibilities. Whilst all four characters in the team, including our own female spellcaster, would automatically deal basic attacks, we reserved the use of our three mana based skills (QWE) and our Ultimate (R) that would build up through the battle. These skills did a little more damage and had some utility, as well as specific targets such as all the enemies in a column in front of us, making positioning in our formation (and the enemies position) more important. Best of all was that our companions also built up Ultimates as they battled and when they were ready then a corresponding icon appeared for us to manually trigger those as well (123 keys), giving us much more control in combat than some other F2P RPGs give. 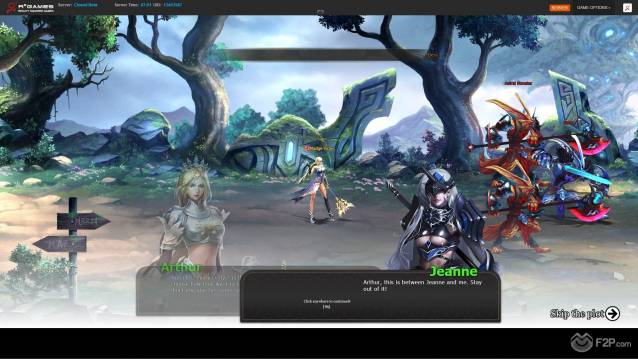 We played the game for a few hours, pushing on until we unlocked Arena PVP at around level 23 just so we could check it out. In truth we knew what to expect as it was the same Arena system we see in practically every other RPG R2 Games publishes; a grind to the top of the rankings where you battle against another players pre-made team to see if yours is as powerful as theirs (so no actual PVP where you're going head to head against another player). We had a few battles though it appeared that they were against AI because we'd just started the Arena and not reached high enough to where there were any ranked players, but fighting against AI or players doesn't really change much, but that's the game in general, no matter where the battle or under what "Feature" you fight (PVE Campaign, Dungeons, Arena, Fate Battles) the combat is always the same and the lack of effort needed combined with the frequency of combat and ease of PVE, it just makes getting through those levels a completely arduous slog.

Beyond the combat the game doesn't fair much better, the story-line is shallow and RPG elements are pretty much non-existent, the crafting is a series of menu clicks and grinding for resources, customization is weak, descriptions on what to do are vague, and the game lacks anything of any originality from the graphical style, the over-used "Gods and Mythology" theme and the cut and paste features. Dawnbreaker Online is a game that doesn't need to exist, or more accurately, already exists under a dozen other names. 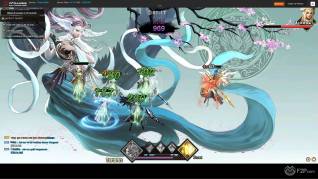 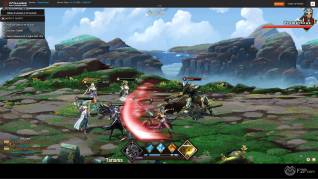 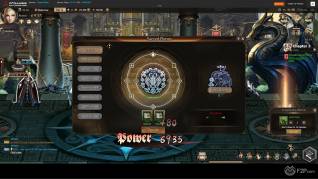 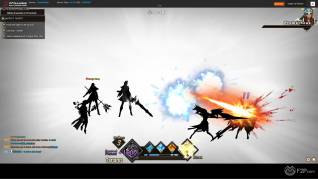