Dragon's Prophet is a long awaited free-to-play action MMORPG developed by Runewaker Entertainment - creators of Runes of Magic - which has officially been launched a bunch of days ago by SOE in the US and Infernum in Europe. The game has been discussed a lot since when the first screenshots, videos and feature lists started to spread around, due to some interesting features such as target-less fast-paced action combat, the possibility to tame a huge variety of unique dragons in order to ride them and fight with them, player housing and a deep GvG PvP system, managing to gather a nice crowd of enthusiasts. But now that it's officially live, has the game actually managed to keep up with the expectations of all its fans? Or will it sink in the huge ocean of mediocre F2P MMORPGs out there? Let's find out together in our exclusive review. 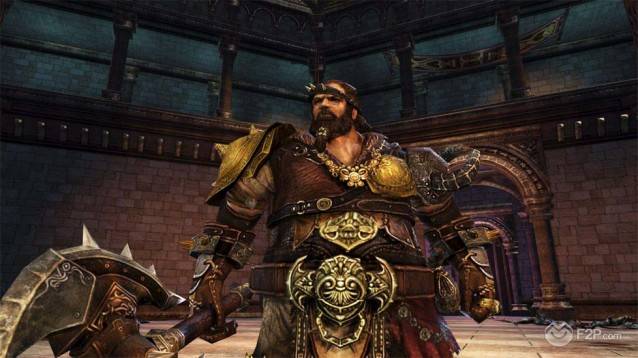 Like in almost every existing MMORPG, the first thing you will have to do in Dragon's Prophet is to create your character. The only available race in the game are the Humans, and for now there are only 4 classes to choose from: Vanquisher (your typical warrior), Ranger (pretty self explanatory), Oracle (a light-armored magic melee class), and Sorcerer (the game's caster). The race/class selection as you can see is a bit poor; however, you have to know that in Dragon's Prophet there's no fixed "holy trinity" (healer, DPS, tank). Instead, each class works as DPS and can specialize its playstyle into different "roles" by build customization and using different Dragons.

The appearance customization is pretty deep. You have different available preset faces/haircut styles, but if
you are more into customization, there is the possibility to change size and shape of almost all your body
parts (face, eyes, lips, nose, ears, arms, legs, etc). Moreover, we noticed that compared to the closed beta - which we played some time ago - they have further increased the available customization options, giving you the chance to create a truly unique character even with just a single race at your disposal.

When you're done with the character creation you will be introduced to the game by a couple of cut-scenes completed with voiceover which will lead you to the beginning of your adventures.

Speaking about general gameplay, Dragon's Prophet is your typical quest-hub based themepark with some GW2-style public events. By completing quests/events and killing monsters you will earn XP to level-up, gaining stats points which can be spent to improve every single statistic of your character, and learning new combos and active skills. This system, in conjunction with the dragon customization system, gives you a nice freedom to develop your very own build and adapt your character to your personal playstyle.

We tried a couple of instances, which come in 3 different difficulty levels to give you the chance to face them alone too. The first ones offered a simple and linear gameplay experience with an easy path full of mobs and a final boss to defeat; however, compared to the closed beta, the mobs placement has been totally reworked, and this simple detail has made the dungeons a lot more attractive. 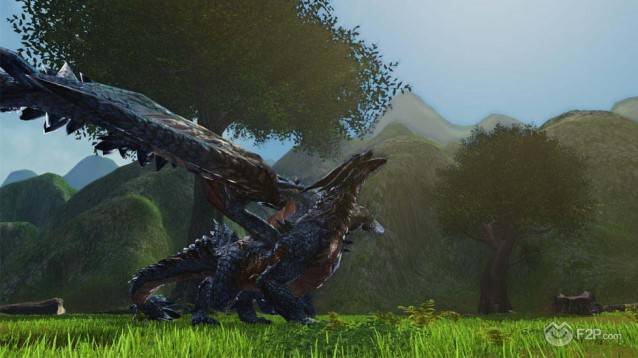 We took some time to make a tour in the housing area and we've been impressed with the variety of the available building types, which range from simple tents and old wooden cabins to real luxury mansions. You can freely decorate your house and visit any house you can see, but you can't use the items and furniture which are inside unless you have the permission of the owner. The Housing zones also features open PvP which is allowed everywhere with the exception of any house interior. In our opinion this is a strange design choice as we think that maybe a lot of players would prefer to have the open PvP in certain zones of the regular world and a safe housing area at their disposal where they can relax while building their personal shelter.

The dragons are the real deal of the game. You will find them roaming in the open world with the other creatures, but they can be tamed (with a sort of mini-game) and used as mounts or summoned as combat pets. There are a lot of different kinds of dragons, each one with its very own skills and characteristic. For example, some of them will only be able to run or glide, while others can fly. Just by completing the first quests you will receive a flying dragon which helps you to get confident with the whole system. With just one button you can also summon one of your dragons to help you in combat for a limited amount of time. You also have a stable where you can select your dragons, equip them and teach them new skills or replace the old ones. It seems like the dragons will be a core element of your build, directly affecting your playstyle and your role in group combat. It seems a quite deep system and we really liked it. 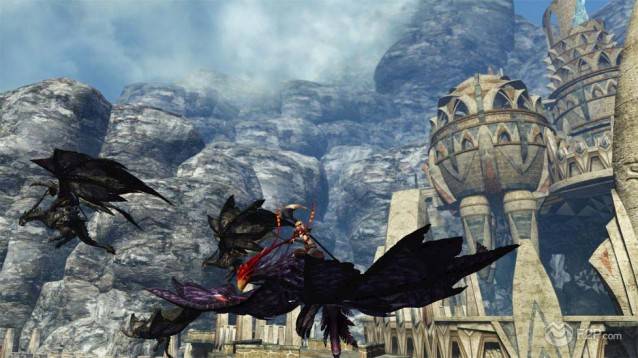 The game's combat system is a nice surprise. Basically, you have your camera on the back of your character following your mouse movements, like in RaiderZ or Tera, and you have to manually aim each hit and perform your combos by mixing the basic attacks - bound on the two mouse buttons - with the active skills on your number keys. You can defend yourself by moving away from the enemy attacks, using the side-rolling dodge, or using some of the classes' skills; for example, the Vanquisher can block attacks and counterattack, while the Oracle has an active skill that is essentially a dash which can be used to chase, retreat or dodge the enemy assaults and lead to a combo. It's a skill-based system, pretty fun and engaging and will reward the players who choose to think and react in combat instead of just standing still while trading blows with the enemy like in the majority of MMORPGs. You can also sprint with a double tap of your "forward" button and by doing this you will consume your movement points (which regenerate with time); you can use the sprint both in combat and out of combat in order to quickly move around your enemies while dodging their attacks or just move from one point to another quickly.

The game's graphics are a delicate subject. The environments are totally amazing, with beautiful rocks and plants, and excellent light effects. Textures are very good for a free-to-play title too, but everything else has A LOT of up and downs. You can find very inspired and good looking weapons and armors, and then some gear piece with a totally ugly and poorly realized 3D model, like if it was coming from a different, low quality game. The same thing goes with the combat and skills animations. You will find some gorgeous and choreographic skills and combat animations and other ones that are just stiff and clunky, and are accompanied by unpolished visual effects. Even the double jump animation, for example, is kind of strange and unnatural as your character seems to be suddenly and strongly pulled down toward the ground. However, compared to the closed beta, the graphics has received some nice improvements and refinement.
The sound effects are average, but the presence of voiceovers during the cut scenes contribute to improving the game's immersion factor. 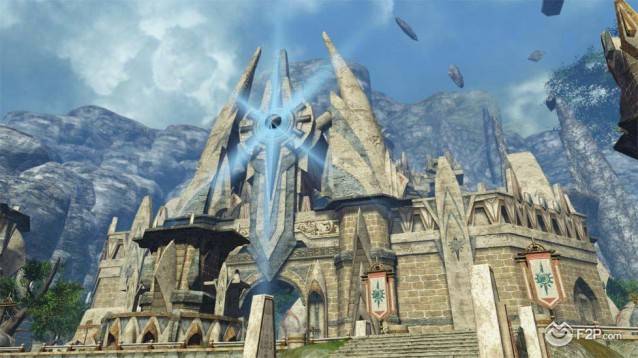 As almost every free-to-play game, Dragon's Prophet features a cash shop which lets you buy boosters, cosmetic items and conveniences with real money. Actually, the game offers 2 different shop currencies: Diamonds, which are bought with real money, and Dragon Insignas, which can be obtained in different ways by playing the game (for example by completing daily quests and more). Infernum kindly provided us with 1000 diamonds to try the game's shop and so we bought a couple of XP boosters, a costume piece and other stuff, just to check how everything worked. We have to say that there is nothing that seems unbalanced or game-breaking; sure, probably the experience booster will help you to get faster to the level cap, but everything in the shop is just a time-saver, a simple comfort or a cosmetic accessory (like the costumes) which will make your in-game life easier or more comfortable. Long story short: Dragon's Prophet doesn't seem to be "pay-to-win" at all. Thumbs up for Infernum!

Considering its free-to-play model, Dragon's Prophet manages to deliver an enjoyable and pretty straightforward themepark experience. The fast paced action combat, the deep dragons system and the housing system are three elements rarely seen in any other free-to-play MMORPG - and never at the same time - which could attract a lot of players. Sadly, beside that, in our opinion the game plays like a generic free-to-play themepark MMORPG, failing to find its very own identity and unique style. However, if you like dragons, themepark MMORPGs, target-less action combat and the idea of building your very own house, this could actually be the perfect game for you.