It's starting to feel a little dated | No innovation, everything feels like already seen

These last days we were quite hungry for some good FPS action, so we jumped into Alliance of Valiant Arms (known as AVA), the multiplayer online FPS by Aeria Games. Published for the first time back in 2009, the game has been around for a while now, so we wanted to know if it is still able to be competitive in the modern market against the huge number of exciting F2P MMOFPS games out there or if it has nothing more to say to the FPS players.

Let's start by saying that in order to play the game, after a quick registration process, you must use Aeria Games' launcher, Ignite. This is a sort of general launcher which works for several other games from the publisher, all accessible through it. The thing is that the launcher has a lot of annoying problems that you have to endure in order to play, i.e. sometimes the log-in screen doesn't display some elements, or you click "play", the game start loading and and then... nothing happens, back to Windows. It would be so much bettere to give players the chance to access directly to the game but, you know, whatever, this is just a side note, let's jump to the actual game. 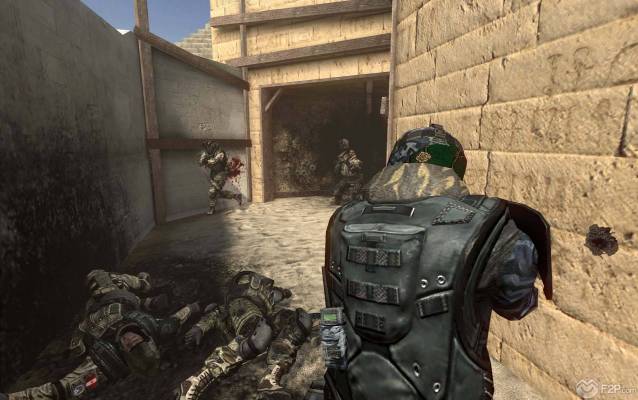 At its core, AVA is a very classical military themed, class-based tactical online FPS which offers all the modern features and elements that every FPS fan learned to love. Upon entering the game, you are asked to complete a three steps tutorial that teaches you the basics of movement and combat, the difference between the classes, the advanced elements used in the available game modes such as planting and defusing explosives, destroying and fixing tanks and more. The last step is a simulated match vs IA where you can have a first gentle taste of the actual game.

The available classes are three: Pointman, Rifleman and Sniper, each one using unique weapons and being most effective at a specific fighting distance; the pointman excels in close quarters, the rifleman is a jack of all trades and the sniper is the master of the long range fights. Moreover, each class has unique mechanics, such as the option to mark targets for the whole squad and more. You can equip them seprately and switch between them at each respawn, adapting your gameplay and tactic to the current situation, as each class has its very own playstile and requires a different approach to the game. We had a lot of fun experimenting with them and switching from one to the other during each game, trying to sneak behind the enemy with the pointman, playing a balanced game with the rifleman or defending our tank and comrades from an elevate position with the sniper.

The game offer a good amount of maps and game modes, with traditional ones such as Demolition (the classic place/defuse the bomb), Free for All, ecc. and a bunch of more rarely seen and interesting ones, such as Convoy, where a team have to escort and protect a tank to a set destination within a time limit, and fix it in case is destroyed (the tank stop moving if it's broken or nobody from the protecting team is near to it) and the other team have to stop them, destroying the tank with rocket launchers, or Infection, where a random player is an infected mutant with special attacks and have to hunt and attack the other users, turning them into mutants and chasers as well. Players have to stay alive - and humans - as long as possible, running, hiding and using their weapons to ward off the monsters. Quite fun, and certainly a nice diversion for that times when you don't feel like playing over and over the usual two or three modes that you can find in any other game.

By earning XP and currency you can rent/buy Weapons and Gear. Weapons can also be modded with several parts that affect its stats and its behaviour. For what we were able to see, you can usually only rent weapons with regular currency, and if you want to unlock them permanently or have access to the more unique weapons, you have to open your wallet and buy the premium currency. Nevertheless, the selection of weapons available for free seems quite fair, but we couldn't get to the higher levels to see if the game ends up being pay-to-win or a grindfest in order to be competitive.

Speaking of graphics, whilst the game is aging well, you can still see all its years. Weapons and characters models and textures are generally ok, but the environments lack in details and is a little more raw than what we are used to see nowadays. Sadly, animations are often clunky and not very appealing, and the whole sound section is absolutely disappointing and boring. However, the graphics are not "bad" and this could even be a strength if you consider that the game still runs well on low-end machines, which is a factor that shouldn't be understimated.

AVA is a very classic old-school, team-based free online FPS which is still fun despite its age. Whilst there are surely a lot of other newer similar games that offer more content and better graphics, this could be a good choice if you don't have a high-end PC and still want some FPS fun. The only things we'd wish for the game are a better launcher/client optimization and a graphics/sound overhaul.