We were invited to Hamburg last week to check out Merc Elite, the upcoming military-themed browser MOBA from Bigpoint. They leaded us through a day-long event called "Merc Elite Action Day", which was truly "action" and perfectly in line with the game's atmosphere. Follow us in this article to find out something more about this interesting project and what happened to us during this amazing event. 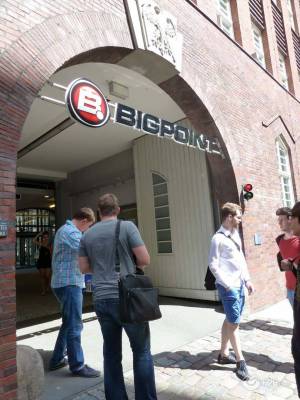 Upon arriving in Hamburg we were received by the guys from Bigpoint who were extremely nice and after a warm welcome brought us to the Bigpoint HQ. As you can see in the pictures the offices are charming, and we enjoyed a quick tour which ended in a rich buffet that was more than welcomed after the long trip. With full bellies, we and the other reporters were finally ready for the presentation. Jeff Lydell and another developer from the team gave us an interesting overview of the game, explaining the main unique features of the game such as the cover and higher ground systems, the character progression, etc. To be honest, as the informed reporters and avid gamers that we are, we already knew all this basic stuff, and we were eager to get to the hands-on and Q&A sessions with the dev team in order to find out something more. However, for those of you that haven't heard anything about the game, Merc Elite is a browser-based competitive MOBA with a modern military theme, which brings the classic FPS Capture&Hold game mode into the typical MOBA gameplay. The game uses the Unity engine to boost a surprisingly good, client-level 3D graphic in your browser, offering quick and fast paced team-based matches, and an interesting character progression system for your mercenaries. It also boasts some quite unique features which should add more tactical options to the matches. 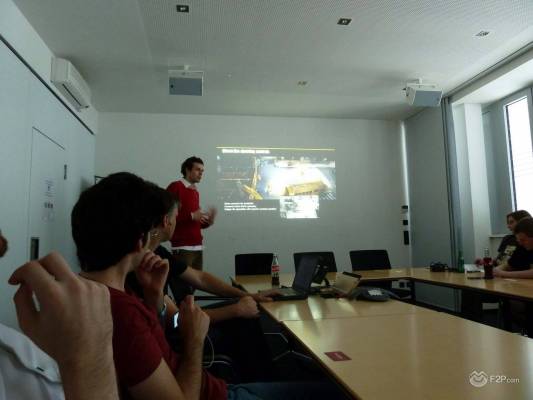 At the end of the presentation, we and the other reporters decided to hold the questions for after the hands-on session, and followed the Bigpoint guys to the play room where they had set up a really nice gaming-station, with 2 opposed rows of 5PCs for the perfect 5 vs 5 MOBA gameplay experience.

We had already had the chance to try the game with our closed beta account, but due to the "very closed" nature of the beta, finding enough players for a match was a nightmare, so this was the first time that we actually managed to play several matches in a row and really sink our teeth into the game. 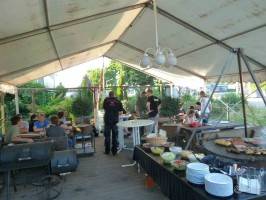 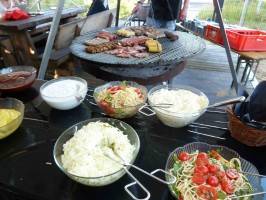 Speaking about gameplay, there isn't a better way to describe Merc Elite than a crash between a MOBA and a Shooter. You have the League of Legends point of view, camera style and controls, and the classic Capture & Hold game mode of a normal FPS, all enriched by the unique features we already mentioned. You won't have a normal "Fog of War", but instead your field of view will be determined by the physical obstacles that surround your character, so for example in an open zone you can see an enemy player that is on the opposite side of your screen, but at the same time, you can't see an enemy which is behind a corner just next to you. The higher grounds also affect the line of sight and the damage taken in a similar way. This is actually very interesting and adds a lot more strategic options in situations like chasing/retreating or organizing ambushes. Another interesting unique feature is the cover system, which lets you gain a directional damage-reducing shield if you are next to an item which provides cover, such as a crate or a barrel; obviously this only works if the enemy is shooting you from the direction that face the item which is giving you the cover bonus. 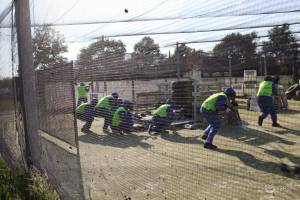 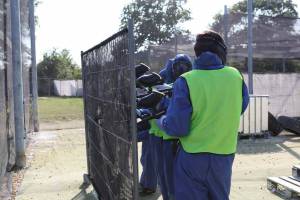 The game is really fast paced and fun, and the matches are a lot quicker than the usual MOBA, lasting an average time of 10-15 minutes against the 40 minutes of an average League of Legend match. In our opinion these quick game sessions perfectly fit the "pick-up and play" browser nature of Merc Elite. However, don't think that just because it's a browser based and easy to grab game, Merc Elite is just for a casual audience, as the class variety, the heavy team based gameplay and the character progression could attract the hardcore crowd as well. And speaking about classes we want to give a thumbs up to the developers, as each mercenary class plays in a totaly different and unique way, and even the support one - which is actually our favourite - is absolutely fun to play.

The game takes the distance from your usual MOBA in other ways too, abandoning the temporary character progression during the match in favor of a more RPG-like permanent mercenary growth, where you can upgrade your team of mercenaries with talent trees and purchasable weapons which gives you new abilities. You can have different mercenaries in your team but you can bring just
three of them in each match and decide which one to play at every respawn. 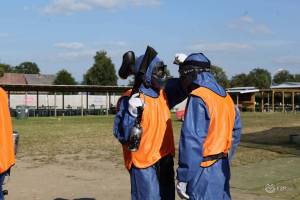 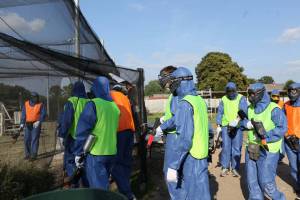 After the fun and addicting hands-on session, we had the chance to ask some questions to the developers, but sadly they weren't allowed to answer to the most interesting ones, and the majority of answers we received were cryptic or a simple "We're still thinking about that, maybe yes, maybe no." However, they gave us the impression that they were paying a lot of attention to the players’ feedback, developing the game by keeping in mind the community desires too. Despite the elusive answers, we had the chance to discover something interesting, as the fact that for the updates they are already planning new maps to release and that then we can expect further expansions of the character progression system. Probably they are going to release new skins for the characters too, but they were clear that they want to stick with the military theme of the game, so don't expect to see a "DJ skin" or a "fantasy skin" for your mercenary. They didn't say anything regarding a possible release date, but if you want to try the game out, we can tell you that they plan to send out more beta keys in the near future, and to reach the open beta phase during the next fall.

Now, for those of you that are worried about the tricky "free-to-play or pay-to-win?" question, don't worry, the guys from Bigpoint were extremely clear and couldn't stress more that Merc Elite is a competitive game and so it will never ever be a pay-to-win game. You can obviously find a cash shop in the game, but it will feature only cosmetic, time-saving or convenience items that will never influence the gameplay balance. 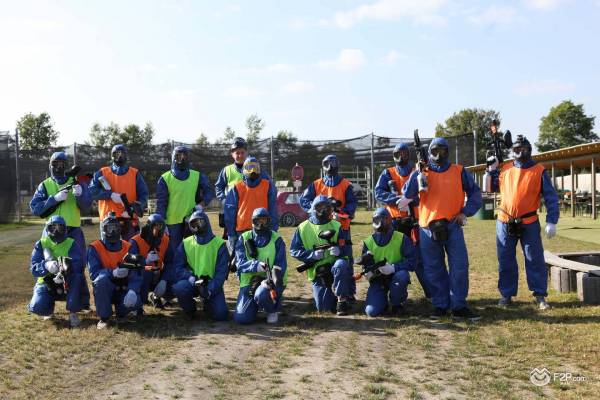 When the Q&A was ended too, the Bigpoint guys decided that it would have been nice to let us try the joy of the Merc Elite team based shootouts for real by giving us guns and ammos and letting us shoot at each other. Well, not with real guns and real ammo, off course; that would have probably been too expensive, and not exactly legal.

Upon arriving at the paintball field we were given the basic equipment (mask, neck protection, suit, gun and ammo) and a quick briefing about the rules of the game, we split into two squads and the carnage began. A lot of us never had the chance to play paintball before, but we have to say that we had an absolutely great time; it can be exhausting as well, especially on a very hot day, but the fun of running, ducking, building tactics with your team and shooting your friends - or in this case, game developers and reporters - is totally worth the sweating and the bruises. After thousands of ammo shots, exhausted, sweaty and happy, we gave back the equipment and followed the Bigpoint guys to a definitely welcomed barbeque with several types of delicious meat and rivers of German beer.

We ended this amazing day later on, after a quick stop at the hotel, with a tour of the spectacular night life of Hamburg.

Bigpoint really surprised us, not only with a fun and addicting game that has a lot of potential and could actually achieve big things, but also with their kindness and their ability to organize events that are just... well, fun as hell. We hope that they keep putting this kind of passion into the development of Merc Elite like they did so far. They have the right tools and a solid base to deliver a great game and a more than valid alternative to the most famous MOBAs out there. In the meanwhile, we wish them all the best.