What Do We Love About… Star Trek Online?

What Do We Love About... Star Trek Online?

We’re taking a look at Cryptic Studio’s sci-fi MMORPG as originally created by Gene Roddenberry for our newest “What Do We Love About…?” article, it is a journey beyond known space seeking out new planets, aliens, civilizations and generally going boldly where no men, or women, have gone before. It is of course Star Trek Online; create your own captain and crew, join one of three player factions and battle it out across open space in this awesome free to play title. So let’s see just what it is about Star Trek Online that we love so much…

Character Customization
Your character can be customized both aesthetically and with tons of skills. When starting out players must choose their factions (Federation, Romulan or Klingon), which determines which of the core races they can play as and customize them extensively to give them a unique look. Alternatively players can go off script and make a unique “Alien Race” with high amounts of cosmetic options; they can recreate some of the lesser known races from the series, or make something completely unique. Your character is more than a pretty shell and they must also choose a classic career path from Tactical, Science or Engineering, which determines their class skills and role in combat both in space and on the ground.

Ship Customization
Players also have their own ship. Whilst many games let players play as a ship or as a character Star Trek Online provides both; your ship options are again determined by your faction (wouldn’t seem right flying around a Klingon Bird of Prey if you’re part of the Federation). Ships can be fully customized and players can fit them with all manner of technology, armor, weapons and ordinance for utility and combat power, further more players can choose and train up their crewmen to add extra boosts and options when in combat.

Space and Planetary Content
Explore space and unknown planets. As with the TV show and movies part of the beauty of Star Trek isn’t just about flying through space and getting into battles, which is more than covered in the MMORPG through various missions and “dungeon” content. Heading down to space stations and interacting with characters, or down onto the planet with your away team to explore unknown locales and fight enemy aliens; be careful not to wear a red shirt though!

The Foundry System
Design and create shared instanced based content. As seen in Crpytic’s fantasy MMORPG Neverwinter, the Foundry was first seen in Star Trek Online and provides players with the facility to build their own content. Taking a black area, either space, an interior location or planetary area, players can build up the environment with hundreds of objects, walls, flooring and items to design it with detail. From here they can add in NPCs and choose their dialogue, allowing them to give information about the locale and even missions. Finally enemy NPCs in the form of customizable aliens and humanoid races that players must battle through; it is an amazing feature of the game that provides endless amounts of player created content that can also be utilized by roleplayers to build unique RP environments.

Fully Voiced Characters
Many of the characters in the game are voiced. This particularly feature seems to be more and more important with later releases and expansions, and with it has introduced a huge lineup of characters with voiced dialogue and missions. More important than that is that many of the know characters from both the TV series and films are actually voiced by the real actors that portray them, adding a whole new level of immersion and realism to the game.

New Agents of Yesterday Expansion
Blast from the past! This newest expansion (from July 2016) introduces players to a mini player faction called the TOS, or Temporal Operative Specialization, revolving around time travel players will be able to make a new TOS agent character and head back to the 23rd century, just after Captain Kirk and “the original series” (known by Star Trek fans as “TOS”). This redesigned world perfectly recreates the retro scenery of ships, planets and awful looking aliens, classic Starfleet uniforms (complete with miniskirts for the ladies), cheesy sound effects and old school weapons and tech; it is nostalgia at its finest for any Star Trek fan and possibly one of the greatest additions to the game.

So that’s what we love with Star Trek Online, but more importantly what are some of your favourite things? What do you think could/should be added to our list that makes the game great? Let us know what you think in the comments below! 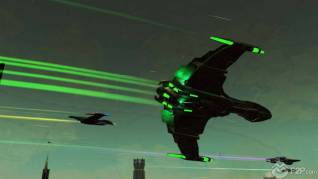 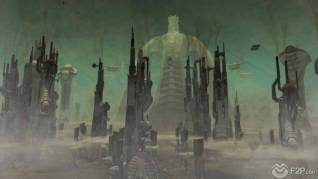 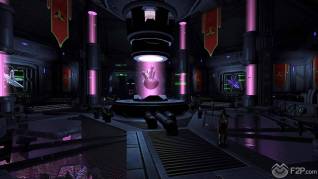 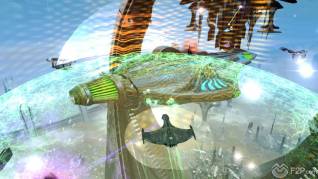