Curious about LEGO Minifigures Online? Take a look at this exclusive Interview with Lawrence Poe, Executive Producer on the game and López Lacalle, Lead Designer.

Q. What exactly is the premise of Lego Minifigures Online?

Lawrence Poe: LEGO Minifigures Online is a game based on the popular LEGO Minifigures line of toys. It’s a game about collecting awesome LEGO Minifigures and using them to battle dastardly monsters while going on epic adventures in fantastical themed LEGO worlds with your friends. 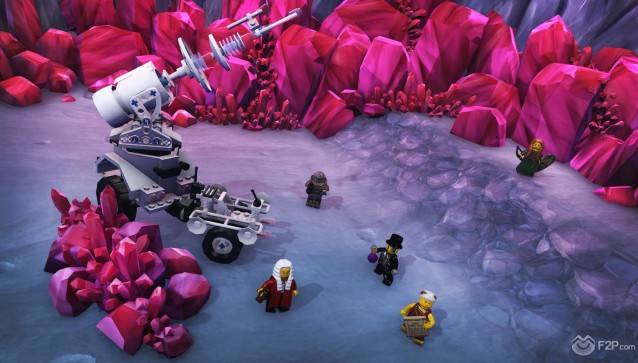 Q. What kind of character/figure customization will players have?

Oscar López Lacalle: Much of the game is focused on collecting the many different minifigures and figuring out how to use their abilities to overcome challenges. Since each minifigure's visuals and personality is well established in the physical product already, we are keeping true to those in the game. This approach has allowed us to put more focus on making each and every minifigure stand out and express its uniqueness in the game with its own animations and abilities.

Gameplay wise, players will be able to upgrade each of their minifigures individually, following paths of progression which allow them to modify the abilities and passive properties as they see fit. Players can also customize the stats of their minifigures by equipping different types of “Power Bricks”, which can be used to shape the strategy for their team of minifigures. For example, you can equip bricks which add damage to your team of Builders, or improve the defense of your Striker team, or mix and match as you like!

Q. Lego is as popular with older players and adults as it is children, do you think there are elements in the game that will cater to older players or is it geared more toward a younger audience?

OLL: Absolutely! We have added multiple layers of complexity to the game specifically aimed at the not-so-young audience. Our goal is to provide a gameplay experience that the youngest kids can easily pick up and play, while at the same time providing an intellectual challenge to their parents and more educated gamers.

An example of this is the many synergies between different minifigures. Since you can instantly switch between the three minifigures in your team, you can “activate” effects on a minifigure which will remain in effect when you switch to a different one. Or line up a team combo which allows you to chain “Crowd Control” effects to lock monsters down for extended periods of time. We don’t expect the younger audience to realize the full potential of the different minifigure combos, but the depth is there for those willing to invest the time to explore the possibilities. 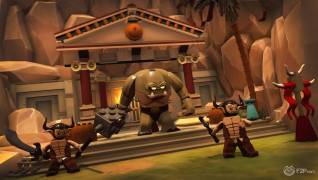 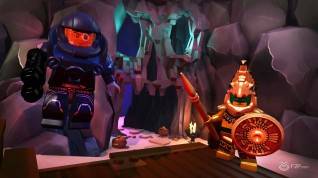 Q. How are you choosing which of the Minifigures get into the game?

LP: The LEGO Minifigures are released in series of 16 minifigures. For the most part we are implementing whole series. We started with series 9 and carry it forward to series 12 which will launch alongside the game. In addition to those complete series we also have the entire backlog of series 1-8 to draw from. There we have chosen some of the coolest minifigures to add to the game. We will continue to add new minifigures as they are released by LEGO as well as introducing more minifigures from series 1-8.

For choosing from the backlog it comes down to looking at the minifigures, seeing which ones we think are the coolest then talking about what kind of abilities we would give them. Then we check with the animation and effects team to make sure our idea isn’t completely crazy before we put our plans into implementation.

Q. What type of Cooperative and Competitive player mechanics will be available?

OLL: Most of the game’s content is designed to be played in cooperation with other players. This is true for every single player vs environment (PvE) area in the game, from large outdoor adventure zones, to treasure rooms or dungeon runs. We have streamlined a lot of typical MMO mechanics to remove most of the competitive elements from the PvE content.

The high-level design is that if you can see it happen on your screen, then you get credit for it. For example, quests and quest progress is always shared automatically. Loot is generated for each character separately (nobody can “steal” your loot). There are no loot rolls, no monster “tagging”, no camping of spawn points and no last hitting. Our focus is to deliver a seamless fun experience without any of the points of conflict that set you up against other players.

With this being said, the game will also offer a selection of PvP (player versus player) game modes, where players will be able to test their mettle against each other. These are the only parts of the game where PvP is enabled though. You cannot be attacked by other players while adventuring or running dungeons, which means there is no “ganking”. Stay tuned for more information about our PvP content in future announcements.

Q. How many worlds are you hoping to have at release? How easy will it be to add in new worlds once the game is live?

LP: We will have several worlds in the game at launch. The ones we have revealed are Pirate, Medieval, and Space World. We’ll be revealing information about the additional worlds in the coming months.

Adding worlds is a pretty straight forward process for us, and we will continue to add new worlds at a regular pace post launch. The launch themes are based on very classic play themes, but post launch we will start to add locations that are a bit more wacky and unusual. 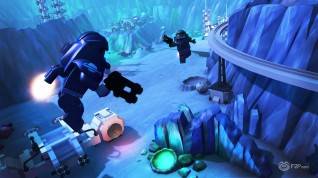 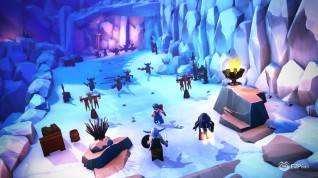 OLL: Players can expect multiple paths of gameplay leading to the ultimate goal: expanding your minifigure collection. There will be dungeons with epic boss encounters that will challenge your ability to put teams together, tons of repeatable quests to complete in multiple worlds, stories and secrets to unveil, villains to defeat and friends to be made, bricks to collect and much, much more. We will be revealing more details about our endgame specific content in the near future