YOOZOO Games, Shanghai — Following mythic heroes Victoria and Athena’s earlier introduction to League of Angels III, Tabitha arrives in-game tomorrow (April 24). A powerful, offence-based angel, she is the last remaining descendant of the Royal Fire Dragon family and will be available in Featured Hero events, where players can seize the opportunity to obtain this new mythic hero.

League of Angels III is also set to receive a huge update at the end of April (V5.0.0). It will include a new real-time PvP game mode — Chess Hero. Here you get to build a team and form a formidable line-up. You can show off your tactics and strategy in real-time PvP battles and grab mineral treasures to score more points and get a higher rank in X-server games. 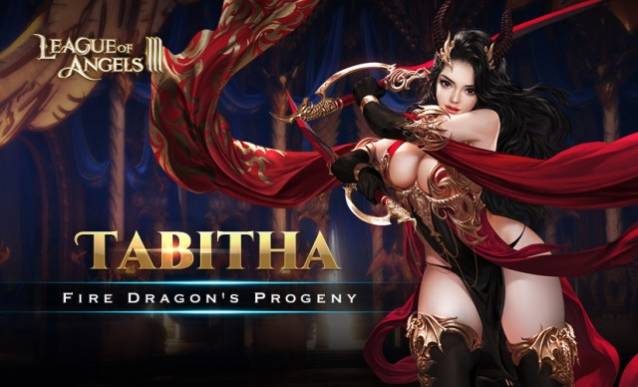 All League of Angels III players will receive a special gift code on Facebook to celebrate the update this week. These can be used for awesome rewards, allowing you to experience everything Chess Hero has to offer!

It’s not just the gameplay that’s received an update either, the League of Angels III website has been updated accordingly; and now includes a whole new section in ‘Features’ (with a description of Chess Hero and Companions). A brand new gallery has also been added, allowing players to explore high quality images and information on Heroes, Outfits, Companions, Mounts and other game features and content.