Is Gaming Safe for Children?

Is Gaming Safe for Children?


Playing video games has a huge amount of negative stigma attached it to for a whole number of reasons, bad press and scaremongering, breaking of tradition, confusion and just general ignorance have put a lot of question marks next to gaming for a lot of parents as to whether or not it’s both safe and healthy.

We’ll pre-cursor that whilst with the majority of articles written on our site we use the “royal we” speaking as one website, for a moment I’m going to speak as an individual, as a gamer, as the author of this particular op-ed. I have been gaming for twenty four years now, dating back to my original Atari 250ste, progressing through my Sega Megadrive, my PC and a variety of Playstation’ over my years. I’ve played single player games, been active in Clans, run roleplaying communities in MMORPGs, I’ve made friends in games and met up with more than a handful of them in real life traveling to the next city and even to other countries, and for a time I even found romance and ended up in a relationship with someone who I think it’s fair to say was my first love.

That was a long time ago, now I am a married man (not to the first love though) and father of two beautiful boys who aren’t even old enough to hold a joypad yet, and so I write this article both in mind of my own experiences and those that I hope to help create and facilitate for my own children by addressing a few concerns that others may have. The reality is that the majority of people reading this are gamers themselves and will have no problem letting their children (should they have them) play games, but to those who may stumble upon it, who aren’t part of our world, then allow me a few moments to share some thoughts.

Back in the day one of the biggest issues I believe most parents had with games, and still a big issue now, is that for every hour they spend indoors it’s one hour they aren’t outside in the fresh air. Whilst I would never advocate that gaming is a suitable replacement for physical exercise, running around and being a kid, it’s definitely not the end of the world if your child is happier in doors and at their computer; for one it’s a considerably safer environment. Okay, I have no intention of my own children constantly being wrapped up in cotton wool and being afraid to go outside, but the truth is a lot of parents hear horror stories about online predators, cyber bullying, viruses, scams and hackers and all that scary newspaper stuff. The truth is that the online world is actually pretty safe if you are sensible, as safe as you would be if out in the real world. A lot of games geared towards children actually have really great systems in place to keep children protected, online word filters so that players can’t be inappropriate with their language as well as guidance and supervision from invisible moderators keeping an eye on chat. Some games allow parental controls for specific features and others even offer in game quizzes and reminders to reiterate to children never to share their personal details.

Many parents worry that games are mindless and simply rot their children’s minds, depending on the game they can actually be extremely educational, even those games that aren’t specifically made with learning features in mind. Customization options with character designing, constructing fortifications and all manner of buildings in games such as Minecraft allow a much higher sense of creative freedom than many children might otherwise get to experience. MMORPGs in particular are an amazing way to learn written languages, particularly English given the predominantly English/US servers for most games, which with the inclusion of voice channels (at least when they are older) for guilds and Clans is also extremely useful for training your oral speaking skills.

Okay so children can learn things, but games are anti-social aren’t they? They’d be better playing with their friends or joining clubs or doing stuff with other people? Well the truth is that the majority of children play a lot of these games together, when they go to school the next day they talk about their online experiences and make plans to meet up in game when they get home, something that might otherwise be impossible depending on where they live in relation to their school friends. Aside from that children make lots of new friends online and providing that as parents we’re responsible ourselves and keep an eye on who our children are talking to, and make sure they understand to let us know about anything that seems off, then it can be a wonderful eye-opener for the and can be an extremely culturally rich experience; where else can a child from the middle of rural North America make friends with children from France, Sweden and Australia in the same night? Back when I was younger the idea of Pen Pals was all the rage, now we just have a much more instant way of speaking.

On the topic of making friends the truth is that some children just don’t find it that easy to make friends in real life due to being shy or other social awkwardness, meeting friends in game can be a really helpful step towards breaking any isolation they may feel or even put them in the right direction for realising that they actually can make friends with other children, that they are likeable and hopefully curtail any self-esteem issues they may have. 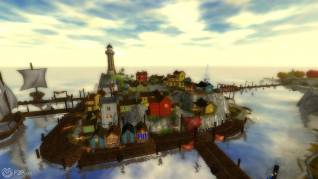 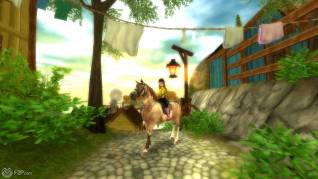 Many games offer strong elements of responsibility, take a game such as Star Stable, an extremely popular children’s game where players get to collect horses, playing with thousands of other players they must take care of their horses, groom, feed and entertain them. By logging in each day and looking after their pets players are rewarded and with that are taught that responsibility can be a good thing, combined with the need to save up different in game resources to gain access to in game items and features it also teaches a lesson on managing your finances and saving up for the things you’d really like. Star Stable in particular strongly encourages working with other children as they solve quests and go on mysteries and adventures, which only further helps working together with others and trying to overcome challenges and solve problems.

At the beginning of the article I listed some of the ways being a gamer has impacted my own life, well the reason I am able to tell you them and write this article for this website is due to a guy who once joined my guild back in Age of Conan and helped me get a job here. Video games have opened a lot of doors for me and opened me up to some amazing opportunities; they have allowed me to experience things that without them I would have completely missed. Through gaming the world has become smaller and countries less foreign, and the people that live there more similar to me in my little part of it. With young children of my own it is a world I cannot wait for them to explore for themselves, to learn as I did, to meet their own friends and achieve, accomplish and improve their lives through video games; I can only encourage other parents to do the same.