Interview with the Associate Producer of Dragomon Hunter

This week we got the chance to talk with Jakub Barczyk, Associate Producer of Dragomon Hunter. The game is set to launch in North America and Europe this fall and we were dying to see what they could tell us about it.

My pleasure! Dragomon Hunter is an MMORPG at heart, but with an added monster-hunting twist. The most unique thing about Dragomon Hunter is that every monster in the game can be obtained as a mount. Collectors will want to chase down each of the 100+ Dragomon available, with even more coming in future updates!

We have four classes: Scout, Mercenary, Mage, and Cleric. Each one can wield two different weapon types and can choose a specialization based on their equipped weapon. These specs significantly change a character’s style of play; for instance, a Scout can fight in melee or equip a rifle and attack from range. A Mercenary can focus on damage output with axes or equip swords to fulfill a more supportive role with useful buffs. There’s a ton of customization options to discover! 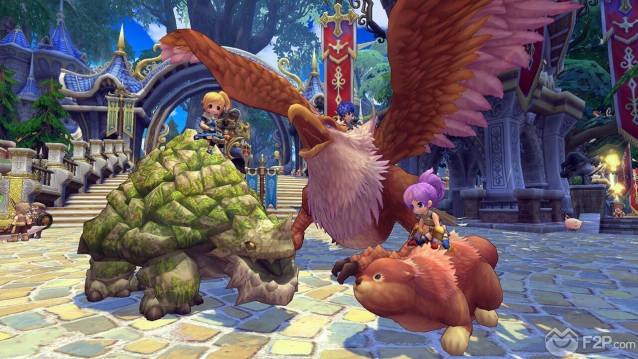 The combat in Dragomon Hunter is more fast-paced and action-oriented than in a standard MMO. Almost every Dragomon uses special attacks that players should actively avoid with careful movement. Combos are also an important element of combat: chaining together a lot of hits in a row increases your overall damage output the longer you keep the combo up.

We think the game will appeal to both anime and MMORPG fans alike. In general, most of our player base is in their 20’s and 30’s, but this is a game that can appeal to all ages.

Our player housing comes in the form of Dragomon ranches. Each player has their own ranch that they can visit, where they have a lot of interaction with the Dragomon they’ve collected. Dragomon can be assigned to guard the ranch from invaders, and players can also invite their friends to the ranch to assist in the battle. The Dragomon who fight earn XP that can be used to level them up and eventually breed them with other Dragomon.

Through breeding, players can potentially discover new color variations of their Dragomon, and even faster versions of them to use as mounts! There’s also much more to do at the ranch – that’s just the tip of the iceberg! 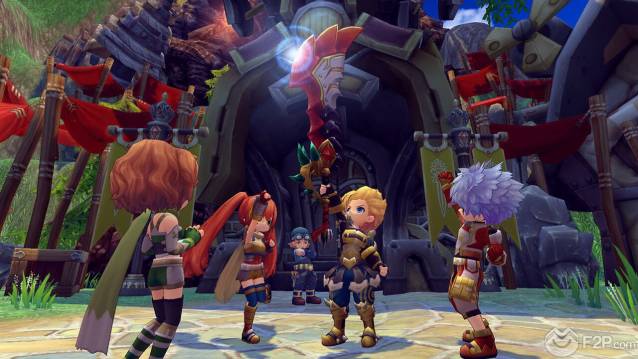 As we’ve already mentioned, all Dragomon can be collected as mounts, but they can also become pets as well! As you observe your Dragomon, you unlock additional rewards – one of these rewards is a pet version of the Dragomon that can tag along. These pets are purely cosmetic, but we also have some awesome companions that fight alongside you from the early levels of the game!

Every tamed Dragomon can also be added to the Archive, which is a unique feature in the game that serves as a collection book. By collecting mounts and costumes, you will unlock additional rewards. And there is a special reward for completing the entire Archive – but we’re keeping that a secret for now!

Crafting is extremely important. Defeated Dragomon drop crafting materials which you can then use to forge and upgrade your gear, and this is one of the primary ways of increasing your character’s power.

We also have guilds with very robust social interactions. We’re pushing the teamwork aspect – to bag the toughest Dragomon, players are going to have to work together with their friends and guildmates.

In the interest of keeping things fair for all players, we’re trying to keep the cash shop primarily for convenience items and cosmetic items, such as costumes. Almost all of the items from the shop will also be available in the special Loyalty Shop. The Loyalty Shop takes a free currency called Loyalty Points, which you earn simply for playing the game and completing quests! 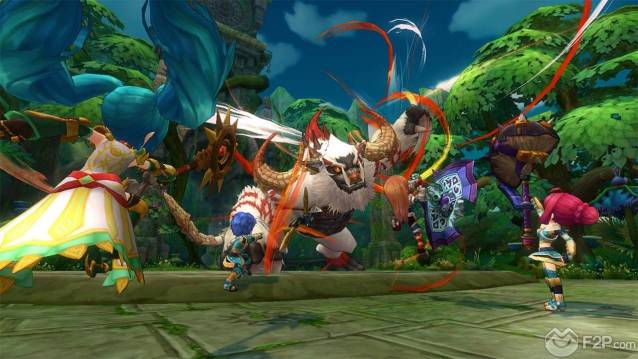 We have several dungeons with challenging bosses to battle in the endgame. However, as this is a different kind of MMORPG that focuses on hunting and collection, many of the more challenging enemies must be found roaming the world, though you’ll still need a group to bring them down.

While these battles will be engaging and call for quick reflexes and strategy, they are not so demanding that a casual player will find themselves overwhelmed. We’ve struck a fine balance in the challenge level.

We have frequent content updates planned for the foreseeable future, though we can’t reveal our exact schedule. Players will definitely be seeing several content updates already in the first few months of the game, so we can guarantee there won’t be a lack of things to do! 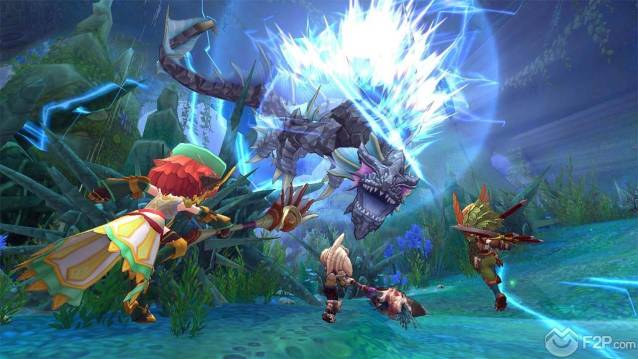 Thank you once again for answering our questions, we’re looking forward to the beta phase and wish you the best of luck with it!