Here there is a new exclusive interview, this time with  Marc Singer, Producer for Prime World! Lets give a look at his answers and discover something more about the game!

QUESTION: First of all, thank you for giving us the possibility to interview you about Prime World. Would you be so kind to introduce yourself to our readers?

Answer: Hi, my name is Marc Singer, I am the US/EU Producer for Prime World.

QUESTION: How would you describe Prime World to someone who has never heard of it before?

Answer: Prime World is like the best layer cake you have ever had. On the outside it looks like just another MOBA, which is fine, if you like boring cake. Once you take a bite though, you start to discover the different layers of complexity. Prime World mixes intense dynamic PVP and PVE, persistent hero and player progression, and Castle building all into one. 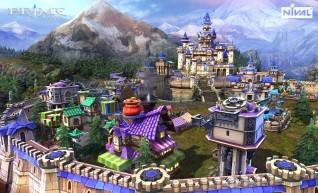 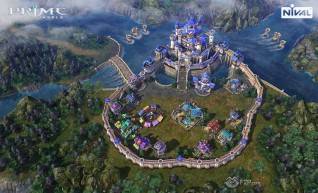 QUESTION: What is the story background of Prime World?

Answer: Prime World is the story of two once united factions, the Dokht Imperium and the Keepers of Adornia fighting for control of a new substance called Prime. Prime, while lethally poisonous to most creatures was capable of transforming matter beyond recognition. Both factions began using the substance for their own agendas but the resource was not unlimited. As Prime began to diminish and absorb into the land both factions began to fight over what was left.

There is a much deeper story the game, and we have already authored several books, so I highly advise checking them out.

QUESTION: By what we’ve gotten to know so far, Prime World mixes MOBA battles with persistent RPG hero development and castle building. Could you tell us, how do you decide to make a game mixing these features?


Answer:  Well, we actually draw a lot of inspiration from original Guild Wars. We wanted to have both persistent RPG progress and PVP battles in the same game. Also, we created HOMM V and thought that castle in HOMM series played a huge part, so we decided to mix it in as well. 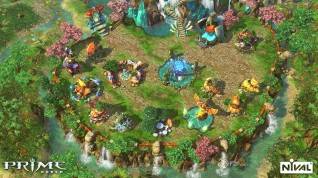 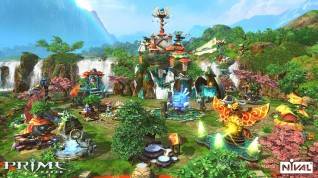 QUESTION: How can we develop the heroes? Will the fact that the heroes evolve with skills not affect the balance of the game?

Answer: Each hero you have recruited levels and progresses independently, not just in skill points, but in match making rating as well. As you play you will earn Talents from winning matches and through resource development in the Castle. You are free to use any of these talents on any hero. Add a damaging ability to a support? Sure. Add a heal to a tank? Sure. Add a temporary invincibility bubble to a carry? Why not?

While the open evolution of these heroes may seem like a balance issue, there really is not one. As you progress with a hero and start to really get into the customization, you will be matched up against others with not only a similar skill level but a similar level of customization as known as “Power,”, a number which describes the combined rarity and strength of your Talents. 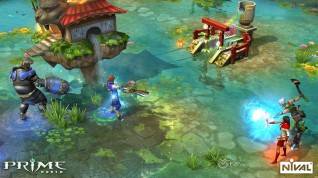 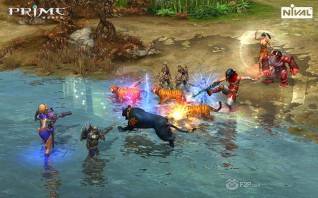 QUESTION: How many heroes can we control at the same time?

Answer: Currently there are 62 heroes in the game, 31 for each faction. While many of the heroes are identical counterparts in abilities, their identities have been changed and reshaped for their faction. We do have several heroes that are specific to each faction like the Inventor for the Imperium, and the Artiste for the Keepers.

In combat you are only able to control a single hero at a time.

QUESTION: Can you give us some details about the Castle Building? How does this feature affect the gameplay?

Answer: The Castle is a very important part of the gameplay as it is the primary hub of your hero, talent, and clan development. As you start to build your Castle you will gather resources that can be used to create Talents that will advance and customize your heroes. These resources can also be used to help level up your clan, in-turn gaining you even more benefits for your heroes and clan mates.

The Castle is also the place where groups are formed, strategies are discussed and in the a future update, talents are traded amongst clan members.

As Prime World continues to grow we want to expand more on some of the social features related to the Castle. 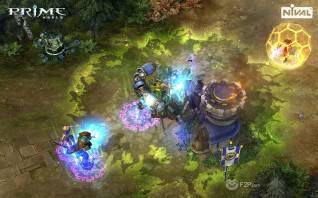 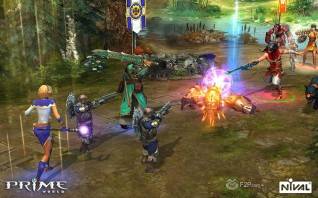 QUESTION: Can you explain teamplay mechanics? Do players really need their teammates to win a game? Can we expect something like the usual MOBA games (Dota, LoL, HoN) or something new?

Answer: We currently have 6 game modes in the game, each with their own unique strategies and gameplay. 3 of those game modes take place on the Borderlands map, our 5v5 3 lane standard MOBA map. We also offer a 3v3 PVP map, 4v4 PVE/PVP map, and plan to continue developing other PVE style missions both single player and co-op.

While you may not need a team to complete PVE style missions, the core MOBA gameplay in some of the game modes will require intense teamplay like many other MOBAs.

Some of the more deeper teamplay mechanics involve terraforming and controlling the game play arena as well as abilities that are triggered based on the sex of the player.

For example, some abilities become better or only work on land that is captured by your team via flag poles in the lanes. Terraforming the land is essential in staying on top and controlling the movement of the opposing time as well. While we are still exploring gender related gameplay, currently every hero is able to passively shield a nearly dead member of the opposite sex. 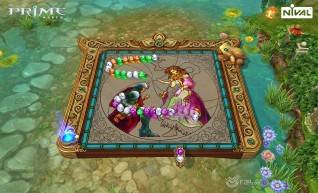 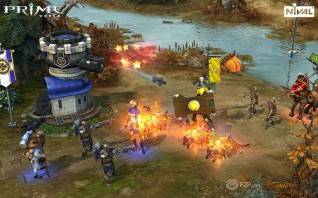 Answer: In Prime World, players are able to form large clans instead of small 5 person groups like most MOBA style games. I keep saying MOBA style, because we want to break away from that term and really become something different. One of those different elements is our social features.

Players are able to aid others in gaining additional resources in each others Castles by assisting in their production. Additionally they are able to contribute resources to their clan, which also levels up and gives bonuses to its members. Fostering a big clan mentality and the idea of a large group of players working toward a common goal is exciting to say the least.

In the future we want to expand on this, allowing players to get more involved in each others day to day activities outside of combat, and even visit each others Castles and more. 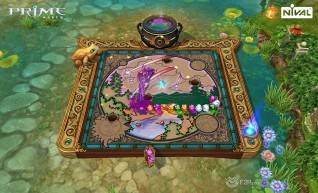 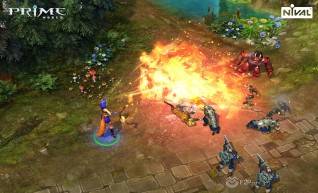 QUESTION: In what languages and regions are you planning to release Prime World?

Answer: Prime World is currently translated in Russian, Turkish, and English with possible plans to expand on more European languages in the future like German, Spanish, and Italian. Voice over work is currently only in Russian and English. 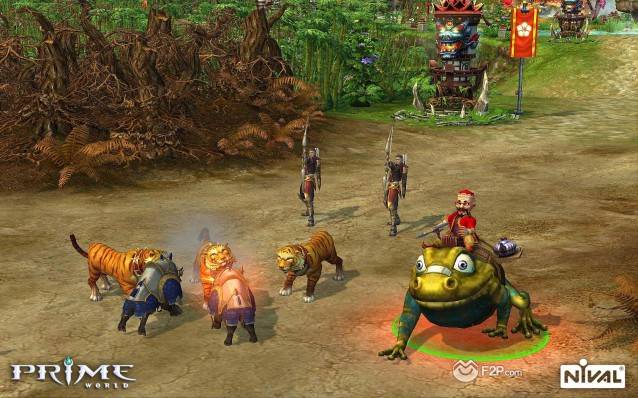 QUESTION: Do you plan Prime World to be a free-to-play game? Which currency will be available in the game and how will it affect the game dynamics?

Answer: Prime World has been designed as a Free-to-play title since the beginning. We offer a paid currency called Gold which is used to purchase hero skins, speed up the production of resources, and enable the player to enter into a “Golden Age.” The Golden age allows players to collect resources, talents, and player experience a bit faster than normal, and prevents the player from earning some of the weakest of talents through winning matches.

There is an argument to be had that most free-to-play games are pay-to-win, but I think we have struck a fine balance that will allow players the option to advance while still not unbalancing the gameplay which is highly reliant on player/team skill and talent organization, and proper team work.