Interview with the Dev Team of Aura Kingdom

QUESTION: First of all, thank you for giving us the possibility to interview you about Aura Kingdom.

Answer: Hello everyone, and thank you for giving us the opportunity for this interview!

QUESTION: How would you describe Aura Kingdom to someone who has never heard of it before?

Answer: Aura Kingdom is a free-to-play Anime themed MMORPG with a unique companion system, beautiful and varied graphics, and a fluid, fast-paced combat system. It includes elements of PvP, crafting, and PvE that will appeal to both casual and hardcore gamers, as well as a robust social infrastructure. 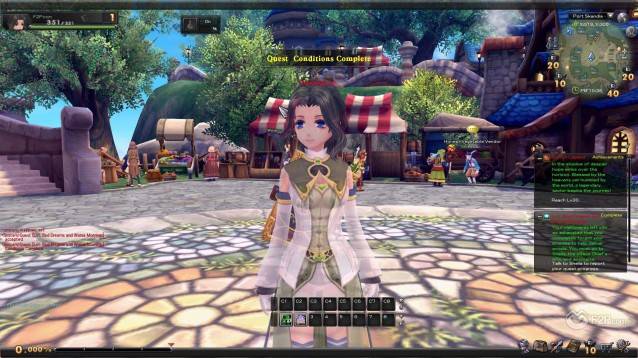 QUESTION: What makes Aura Kingdom stand out in its genre? Why should a player choose to play Aura Kingdom over any other free-to-play MMORPG?

Answer: What really makes Aura Kingdom stand out is its Eidolon system. Eidolons are companions that will aid you in combat, have conversations with you, and even remind you of previous successes or failures you've had while playing Aura Kingdom. They also have special skills they will use in conjunction with players, and a few can even be ridden as a combat mount. We’re also focused on keeping the game balanced for both spenders and non-spenders, and have designed the game to appeal to players of all types.

QUESTION: We know that the game features a pretty unique class system based on the equipped weapon. Can you tell us something more about this system and about the character customization?

Answer: Once you reach level 40, you will gain access to a secondary weapon of your choice. This weapon can unlock new skills affiliated only with that weapon. This leads to a wide variety of potential skills and abilities for any given character—whether you want to be a Bard healing your party while simultaneously smiting your enemies with dark magic, or a Guardian taking punishment with a shield while dealing it out with a giant axe. There are also several other forms of character customization—you can focus heavily on one stat at the expense of others or choose to go a more balanced route. You can also pick new skills via the Envoy's Path system, as well as directly change the functionality of various existing skills as you level up.

QUESTION: Companions seem to be an integral part of the experience; how will they work? Can we tame monsters to use them as pets or breed them?

Answer: Eidolons are an integral part of Aura Kingdom, and will be a part of your journey right from the start. As already mentioned, they have several functions, such as assisting in combat, providing companionship, and even giving you gifts at regular intervals. Each one brings a different skill set and abilities to battle. Every player will start off with one Eidolon of their choice, and can gain many more through quests, drops off monsters, and other means. You can also level up your Eidolons or evolve them into a more powerful version with a boost in stats.

Answer: Aura Kingdom already has several methods of PvP implemented, such as multiple arenas and, of course, dueling. There are many more planned for the future that should satisfy any avid PvPer. 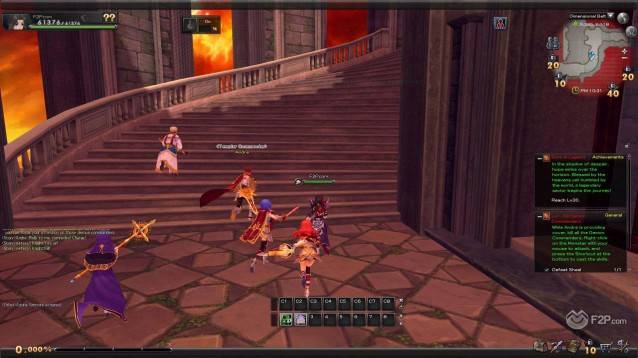 QUESTION: Is there going to be a housing system in the game?

Answer: While this system won't be in place for our launch, we do have plans for a housing system that will be implemented at a later date. Stay tuned for more info in the future!

QUESTION: Are there any instances or dungeons or raids in the game? If yes, how do they work?

Answer: There are several dungeons that will be included at launch, with many more to come in the future. Many of these dungeons will have a wide variety of difficulties, such as a single-player mode for the soloist, the standard difficulty for groups of three to five players, and even an increased difficulty for the truly elite.

QUESTION: Is the group gameplay based on the holy trinity of Healer-Tank-DPS?

Answer: Aura Kingdom has a wide variety of classes. The meaty Guardian class is designed to take damage and keep monsters focused on them, while the Bard heals with their plethora of healing songs. And there are of course several varieties of Melee, Ranged, and Magic DPS classes. The truly exciting possibilities come with the secondary weapon options, letting players choose from a huge range of possible combinations. With this system in place, classes in Aura Kingdom can excel at more than just one focus.

QUESTION: A lot of free-to-play MMORPGs are accused to be "pay-to-win" and to offer unbalanced items in their item-shop. What are you going to offer in your shop? Powerful weapons and armor or mainly cosmetic items?

Answer: When running a free-to-play game it is always a struggle to find that perfect balance. Finding balance doesn’t stop once the game is up and running, but it’s a continuous process and it’s something we are very passionate about. We have had a lot of experience in working with Aura Kingdom's developer X-Legend, and we are both focusing on running a game that is accessible and fun for both spenders and non-spenders. Many of the items available in our Item Mall will be tradable by players in-game, and players will need to put time into playing the game itself if they wish to become truly powerful. Additionally, there will be methods for non-spenders to earn purchasable items, such as the Loyalty Shop, which will offer many Item Mall items for purchase with currency gained just by playing the game. 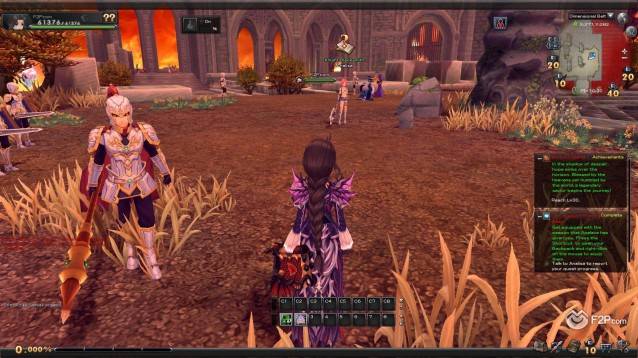 Answer: Founder’s Beta has just begun! Take a look at our Founder’s Packs if you’re interested in being one of the first players in Aura Kingdom! We’ll be in-game playing with our community, and we hope to see you there.


One Comment - "Interview with the Dev Team of Aura Kingdom"