April 7th 2020: The developer team of Playata and the game publisher GamesGroup came up with some ideas for the players for April. For the free browser game Hero Zero, a brand-new Season Feature will start on April 7th, with particularly cool rewards waiting. The annual Easter special will then start from April 9th.

The brand-new Season Feature will start on April 7th. Within the mission-section, superheroes now have the opportunity to collect points by completing a wide variety of different tasks, thereby scoring valuable rewards. Each season runs for a period of 30 days and provides a special effect that is active for all players in battles against other players. The more season points, the stronger the effectwill be. With an additional season pass, there are extra bonus rewards on top. Starting with the Season of the Beetle where rewards like the sidekick Herby, an extra cool hero set of the Beetle, a weapon set, throwing weapons,as well as cool equipment for the home. 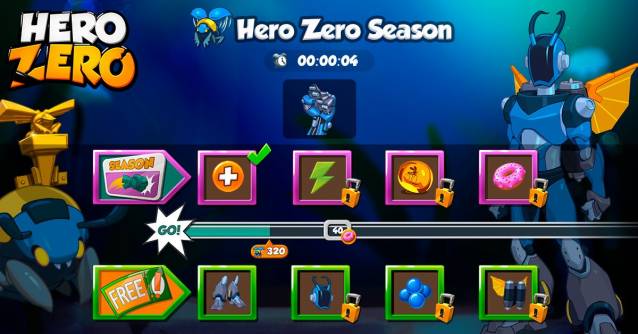 Usingthe following actions in the game, points forthe respective season can be collected for Hero Zero: 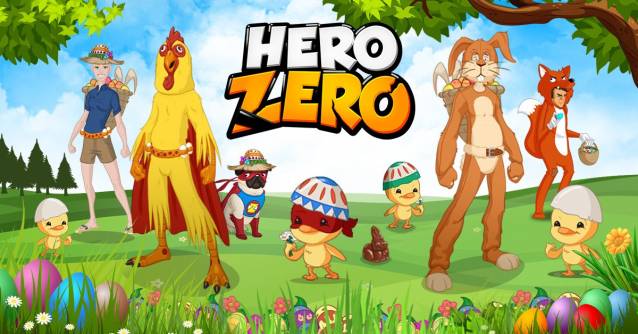 From April 9th, it continues seamlessly: Players of the free2play browser game Hero Zero can also look forward to extremely amusing Easter Days in the game. There is not only an exciting Easter Special and heroic missions,but also 19 temporary items as well as three cute sidekicks who are looking forward to a thrilling Easter Time with the players.

In the free2play browser game Hero Zero, players strive towards being a superhero, take on a range of missions in many different worlds, train their character, and improve their strength to fight against other superheroes and move up the rankings. Every single character can be upgraded individually–meaning there are a number of attributes to be improved such as strength, conditioning, and brain power. The guild system is a must to fight together with other superheroes for world domination! Since launching in January 2012, the humorous online RPG, Hero Zero, has captivated over 30 million registered users! Gamers from all over Europe, North and South America as well as Asia have joined the mission. Hero Zero is a cross-platform game playable over Hero Zero for iOS, Hero Zero for AndroidAndroid, Hero Zero PC and Hero Zero for Facebook.