The Free2Play browser hit continues on its road to success


The development team of Playata and the Munich-based F2P game publisher GamesGroup will celebrate their seventh birthday and the phenomenal success of the Free2Play title Hero Zero on January 17th. Already in the summer of 2018, the 30 million mark of registered players was cracked. And the trend is further ascending. From January 17th, there will be a big jubilee party in the game with an exciting birthday collection event. On top of that, the latest update also included an expansion of the famous Hideout Feature for the superheroes. Hero Zero still on the road to successIt all started seven years ago: worldwide, players are being trained as superheroes, join forces in teams, and try their best to liberate the world from evil. Since then, numerous exciting missions and stirring features are waiting for the heroes every single day. Varied events complete the superhero game Hero Zero. 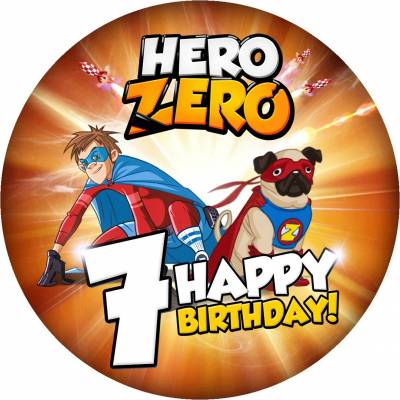 Anniversary celebration in HumphreydaleFrom January 17th, superheroes can look forward to an entertaining anniversary party. In the days following, heroes will find a special birthday collection event in the game, which will surprise them with special rewards. In addition, during the birthday event, the casino opens its doors to celebrate the anniversary with high-quality rewards - while the regular rewards will be doubled, the item and sidekicks rewards are of particularly high quality this time.


Expansion of the Hideout Feature

From now on, players can place another generator in their Hideout and build an additional laboratory. With a new row of building lots to unlock, there is now more space to expand their own underground Hideout. Currently, there is a lot of work going on for other fancy hideout rooms. Players can be curious ...

In the free2play browser game Hero Zero, players strive towards being a superhero, take on a range of missions in many different worlds, train their character, and improve their strength to fight against other superheroes and move up the rankings. Every single character can be upgraded individually – meaning there are a number of attributes to be improved such as strength, conditioning, and brain power. The guild system is a must to fight together with other superheroes for world domination!  Since launching in January 2012, the humorous online RPG, Hero Zero, has captivated over 30 million registered users! Gamers from all over Europe, North and South America as well as Asia have joined the mission. Hero Zero is a cross-platform game playable over iOS, Android, PC and Facebook.