[GC 2015] The new expansion for Drakensang in Detail

We checked in with the guys over at Bigpoint to take a look at free to play action RPG Drakensang and its newest expansion Rise of Balor, this is the first expansion since 2013 and speaking with the team it was clear that there has been a change of direction with both Drakensang and Bigpoint in general. Speaking with the devs and the PR guys it was clear that the developers are trying to reboot the company a little, a couple of their games have had a little bad press over the last few years with some of their key titles becoming buggier, user unfriendly, bot filled and generally having a lack of TLC being given to them. It seems like times are a changing and the company is really going all out to try and keep their community happy.

As far as Drakensang goes this latest expansion will smash the previous one out of the water, the last expansion had seven new maps whereas Rise of Balor is seeing a new continent with sixteen new full maps. It’s not just maps though, there’s a reported three times more content in the expansion than ever before and that includes increasing the level cap from 45 to 50, a new class (no information on it as of yet though) a completely revamped skill system, new monetization, new items, gear sets… it’s pretty packed.

As mentioned the expansion brings the rediscovery of the continent of Lor’Tac, more specifically the location of The World’s Heart, think a “World Tree” style idea where all life of the planet comes from this heart (literally a huge pumping heart) and of course this heart has become corrupted by some shady dragon boss named Balor. Taking a look around the map we got to see first-hand how the new graphical updates have come into play and, whilst the game looked pretty decent before, it looks stunning now. A combination of graphical foggy draw effects to show a treetop social hub city where you can peer over the edge into the smoky abyss, or the new dynamic lighting effects with a shadowy dark vignette around the screen paired with a central light on the hero character makes for some really creepy and atmospheric locations. The entire continent has this new look, but moving onwards the developers say they’re definitely going to go back through the game to the other areas and update all the previously released content so you get the wow factor from the very beginning.

Exploring some of the locations (we didn’t get to play, but were given a whistle-stop tour to show off all the important updates with the expansion) we were also able to see some of the new mechanics in play including a few of the sixteen new monsters that have been made (last expansion had five) a new Elite system where random monsters that appear in the world can now appear as an Elite version, identified with a circle around them. These Elites have random abilities, making them unpredictable and a big challenge, more so when more than one can appear in the same area and they are all too happy to gang up on players, so teams will really have to work together to overcome some of the tactical challenges. Similarly we got to see the final Boss encounter which was a lot more dynamic than we’d expected and used some pretty cool attacks and a sort of rage meter where the more damage you dealt to it and the longer the battle goes on he acquires new powers; we don’t want to give any details away but sure enough he’s going to be a challenge to raiding parties. 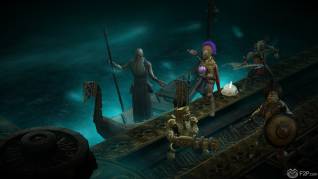 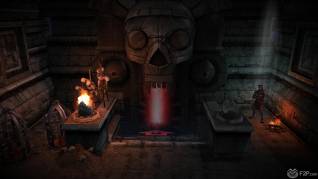 One of the other key elements about the maps is some of the dynamic options that are in place; the developers demonstrated the ability to change a map by the team leader choosing what variation of the map they wanted to play on, for example there was a water walking spell that could be cast in the zone (instanced based and effected everyone in the party) where everyone would now walk on the water and that would change the effects and layout of the map as opposed to not casting walk on water and instead having an aquatic map.

Aside from maps and events there were some major updates to the game including PVP balancing and a complete skill overhaul, previously players had a fairly linear system where they could choose between 2 talent upgrades each time they levelled up, but now the amount of customization available is staggering. The system now has three tabs for your abilities: Skills, Knowledge and Fame, Skills being your primary abilities, Knowledge (which has replaced the old Wisdom system) for eight passive abilities, and Fame which is only used for PVP and also has eight abilities. As players level they will unlock a skill point that they can put into any of their available skills/abilities, each having 3 different talent upgrades that cost 2 points, 3 points or 5 points; the more points the upgrade cost then generally the better it will be. These upgrades can completely change how the ability is used and aren’t simply an increment of the same bonus, for example the Dwarves Tesla talent has talents to make it more powerful or simply allow you to drop multiple towers, furthermore you don’t have to buy the cheaper options to unlock the 5 point ability. Players will have two tabs that they can independently switch between with two saved builds, giving players the option to switch between their preferred PVP build and their PVE build, or alternatively a solo build and a group build if they prefer. 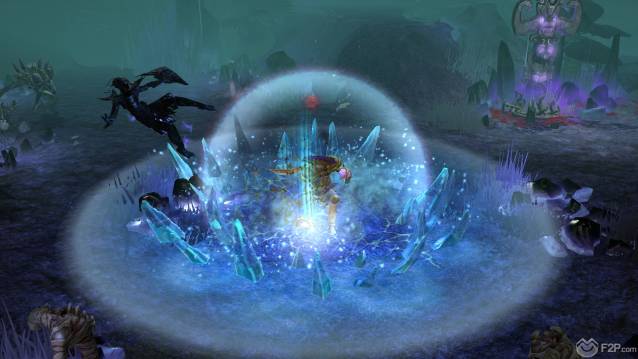 As far as PVP goes we’re going to be seeing more PVP modes, optional PVP and hopefully Guild v Guild PVP coming towards the end of the year, all coming in with the general rebalance of combat that they are going to continue to look and readdress when they push out new content, which they’re aiming to do every nine months.

Finally the monetization, Bigpoint have decided to try and take a new approach, much to the seeming approval of the developers we spoke to (the people that design the game most definitely aren’t the people choosing how to make money from it) and the disapproval of the old systems were palpable. The game now has an optional Premium subscription mode which gives players a variety of perks such as Mystic Cube drops, PVP Honor points, extra XP, 100 Adamant per day, Premium Merchant and a few other perks, the idea being that they want it to be a membership that is worth having for those people that want it, but isn’t at the expense of those that don’t want to pay anything to play. More detailed changed are making extra inventory space cheaper to buy, removing Essences from PVP so that players can no longer pay to win, and completely removing the Crystals of Truth item, and “obnoxious” item that forced played to pay cash to buy Crystals to identify magic items before using them. We were told that Crystals of Truth were actually the biggest way the company made money, so removing them was a bold step, but they feel it creates a better image and ultimately it has been paying off, it was a feature that brought in money but also pushed out players, essentially the company has done a u-turn and removed the “pay to remove inconveniences” into a “pay for convenience”, and we think they’ll do all the better for it.

The expansion will be available from August 26th and is currently live on the public test servers for those that want to check it out! 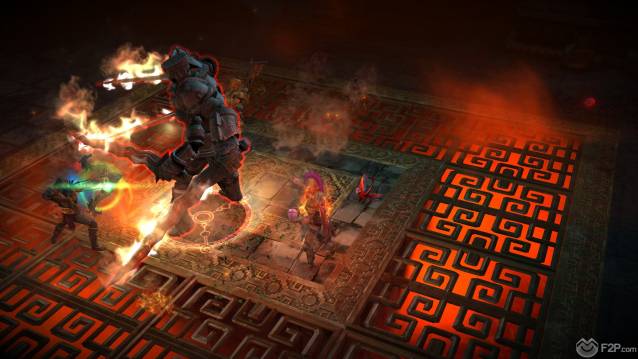