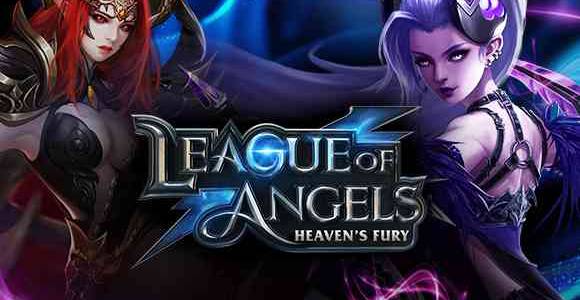 League of Angels – Heaven's Fury is a revolutionary 3D online action RPG game that takes place in a fantastical world loosely based on Western mythology. The gods have fallen to corruption, and as the chosen, it is up to the player to gather the legendary Angels and reclaim the heavens. You can play on PC and Steam.

Endless Events and World BossesNever get bored with an endless amount of events covering everything from PvE, PvP, GvG to Alliance and even Cross Server challenges.

Intense Real Time PVP Alliance BattlesBoth players and Alliances face off against each other to earn the respect of the Gods.

Huge battles will not only decide who get the grace of the celestial beings, but also massive rewards to gain supremacy of the realm.


The mighty gods have fallen to corruption and, as the chosen one, it is up to you to gather the legendary Angels to defeat the darkness and reclaim the heavens. Play League of Angels Heaven’s Fury, the epic 3D online action MMORPG set in a fantastical world inspired by western mythology.

Choose your hero – from the mighty Dragoon, the enigmatic Mage, or the deadly Archer, each with their own exclusive skills. When facing fearsome enemies, transform into an Angel of Light or an Angel of Darkness to use their formidable skills!

Rise to the challenge and compete against players from around the world – only winners will receive the rewards. Battle against endless waves of mighty NPC bosses and collect exceptional equipment and crafting materials to increase your battle rank.

Take part in this thrilling new installment for League of Angel fans - the first MMORPG in the LoA series, boasting explosive PvP encounters and exhilarating turn-based action. Lead your heroes and bring peace back to the world in LOAHF.

All the news, updates, giveaways for LOAHF here on F2P.com