Halloween to Imperia Online Imperia Online is a Free-to-Play Cross-Platform MMORTS Game, aviable on PC, iOS and Android, offer this nice event “The Imperia Online World Cup Exclusive event” for all the players, the time has come for Halloween. The… More » 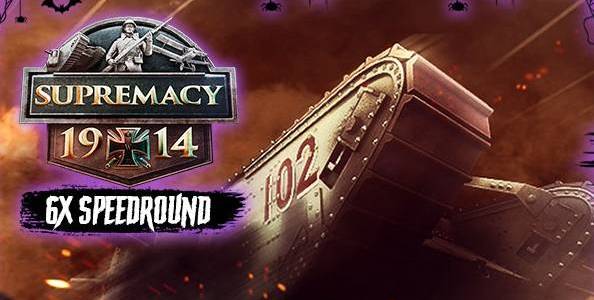 Supremacy 1914 6xSpeedround event Bytro Labs GmbH publisher of Supremacy 1914 – The Great War collaboration with F2P.com, to bring you this event, the 6x Speedround, here all the information; Time flies, as they say! Just like those new fighter… More »

Elvenar Halloween with M-A-C Cosmetics The changing of the leaves signals the return of fall in the world of Elvenar and the beginning of this year’s new Halloween event. From today through November 11 players will celebrate this spooky season… More »

Forge of Empires: The Ringmaster Halloween event This year’s Halloween season in Forge of empires will let players explore a dark and frightening fairground tent. To uncover this tent, players will need to exchange fairground tickets for special tools in… More »

Elvenar: Zodiac Autumn event introduces the third season It’s time to celebrate autumn in the city-building strategy game Elvenar. The Zodiacs of Autumn have formed, and the centaur Glisal will accompany players from September 7th through the 27th. With the… More »

Call of War Event: Rush for Europe Bytro Labs and F2P.com with Call of War offer this Free Starer Pack to our users create a new account with our link (PC, Android and iOS version) 2 Month Premium Account for… More »