Aarklash: Legacy puts players in command of a group of mercenaries on a perilous mission. Intense fighting awaits the player, who will be tasked with finding the most effective strategies using the pause system. Though combat is at the heart of the game, players will also have to explore uncharted areas and develop tactics in the midst of a storyline full of twists and turns. 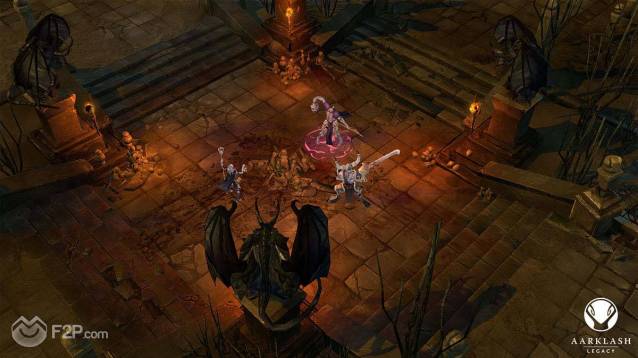 In the screenshots you can see of Acheron and Behemot, two regions of the game's world, as well as the heroes of the story and some monsters.