F2PMeter: Is The Settlers Online Truly Free to Play?

Next on our F2PMeter we’re putting The Settlers Online through its paces, the online free to player browser title of the successful base building strategy from Ubisoft that allows players to build up and run an island settlement, train up a vast army and, with the added Colony feature, allows them to claim new territory.

The game labels itself as a free to play MMO, so with that in mind and starting out at 100% free to play we’ll go through our list and deduct points based on certain criteria to see just how free the game really is.

No. The Settlers Online can be played through your web browser for free

Yes (optional) ― - 15%. There is an option Premium membership that player can purchase for 7, 30, 180 or 360 day and can be bought using in game premium Gems, which can be purchased with cash or earned through gameplay by logging in for consecutive days, unlocking achievements or completing quests.

Yes (but…) ― -10%. There are regularly released “Adventures” that offer individual quest lines with their own content and rewards, these Adventures require the Gems premium currency to access.

Yes ― -5%. Using Gems players are able to purchase a number of things from the in-game store such as resources, instant upgrades for buildings and finishing build times, units and there are unique buildings that can only be constructed by purchasing them with Gems from the shop.

No (but…) ― -5%. Whilst a lot of the features do focus on giving an income of Gems, the number that are needed to progress through content at a decent pace can be quite underwhelming and so those players willing to spend cash will obviously be able to access them quicker and more easily. The overall advantage is being able to develop your settlement much faster and raise an army much quicker if needs be, which can give a numbers edge when fighting in the Colony PVP system.

No. Currently the UI cannot be customized.

―. The game does not support different classes/races.

Yes (but…) ― -5%. To trade between players users need to construct a Trade Office, a unique building which requires a Deed that can only be purchased with Gems through the in game shop; the price is 450 Gems, with the lowest quantity of Gems available to buy being 600 Gems for $5.47. However, you can acquire Gems through playing.

Yes ― -10%. Whilst the game has no traditional inventory or bank slots, players do have to gather and use up different material resources, which must be stored in specialized Storage buildings. As players have a cap on how many buildings they can have it by proxy restricts how many resources they can hold at any one time, however, buy purchasing a Building License with Gems they are able to expand this cap to expand their settlement and, at times, expand their number of resource holding buildings.

Yes (but…) ― -10%. As mentioned the Adventure locations that are purchased with Gems are the primary “dungeon zone” type areas.

No (but…) ― -5%. Although combat at higher levels is accessible by free to play accounts, there are obvious benefits to those who have a higher quantity of Gems due to the number of boosts, buffs and unique buildings available with them that help players remain competitive, particularly in the PVP Colon feature.

Yes ― +10%. If players are a little more sensible with what they spend their Gems on (and there’s plenty of guides out there to help them) then they can get by well enough spending and earning Gems through gameplay and progressing at a steady pact. There are, of course, obvious advantages to spending cash to buy extra gems to give convenience, however new and casual players may struggle with how many features and options are behind a Gems barrier.

The Settlers Online scores a 45% of free-to-play-ness in our F2PMeter. 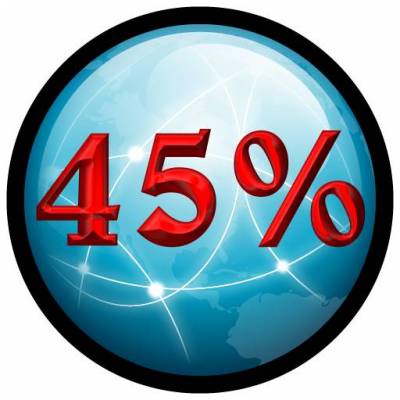 
2 Comments - "F2PMeter: Is The Settlers Online Truly Free to Play?"