We had the chance to interview Kennan Ho about Aeria Games' latest MMOFPS, Soldier Front 2, let's give a look at his answers!

QUESTION: First of all, thank you for giving us the possibility to interview you about Soldier Front 2. Would you be so kind to introduce yourself to our readers?

Answer: Hello everyone! My name is Kennan Ho and I am currently the Product Manager for Soldier Front 2, it’s really nice to meet you! 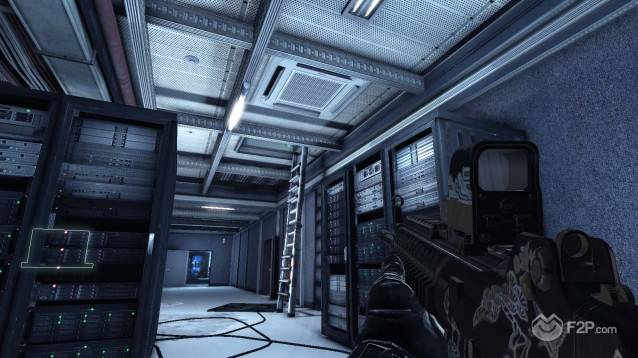 QUESTION: How would you describe Soldier Front 2 to someone who has never heard of it before?

Answer: Ever hear of the saying “It only takes 5 minutes to learn, but a life time to master?” This is exactly how I would describe Soldier Front 2. SF2 is a fast-paced shooter that brings new twists to the FPS scene, such as incorporating PvE elements into particular modes.

Answer: The background story to Soldier Front 2 is simple, alien invasion. The year is 2020 and the world is in dire straits, and must call upon their greatest soldiers around the world: Delta Force, SAS, GAFE, Spetsnaz, GIGN, and the UDT. When not combating the alien horde, the soldiers pass the time by killing each other.

QUESTION: Why should a FPS fan choose Soldier Front 2? Could you tell us what does set it apart from the rest of the genre?

Answer: Soldier Front 2 is focused around competition, while at the same time allowing any casual shooter to hop in and have a lot of fun. SF2 has a built-in clan system that allows all players to use a Match Making system that will rank clans against one another that are similar in rank.

The wonderful thing about SF2 is the additional PvE modes that are in the game. Sometimes people just want a break from shooting one another, and the PvE modes allow for that. You are able to group up with your friends to fight against an alien invasion. 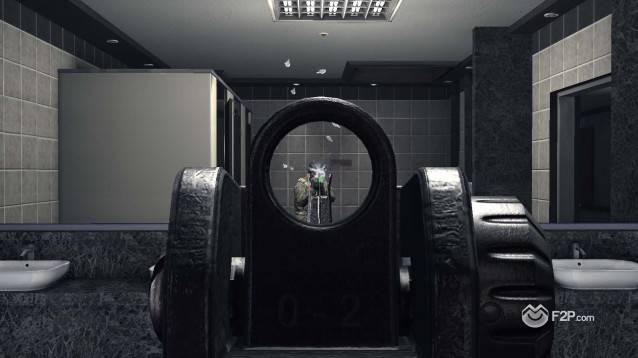 Answer: If I had to pick one key difference between Soldier Front 1 and Soldier Front 2, I would have to say the built-in Clan system. Solider Front 2 carries on the group dynamic of team work and utilizes it in a much more modern system that allows players to compete meaningfully and show the entire community how amazing they truly are.

QUESTION: Do players have any tools to customize characters or their play style?

Answer: Players will be able to pick one of the forces that Soldier Front 2 offers, and you can tailor the type of armor you would like that specific force to wear. The armor is strictly cosmetic with a “Lucky point” boost that gives you a higher chance in game to gain additional EXP or SP.

SF2 has a vast array of guns that allows players of all kinds to just hop in and kill someone. Whether you are a close range shooter or a precision sniper you will find your fit in Soldier Front 2. 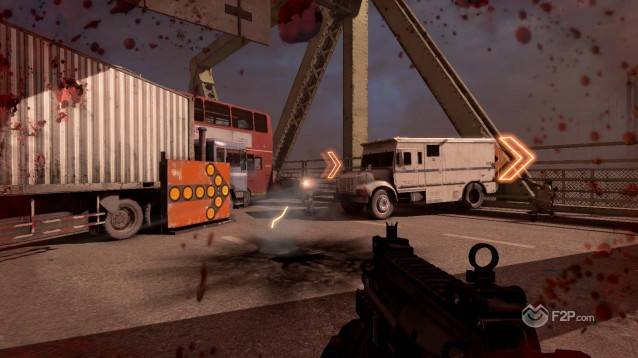 QUESTION: Can players modify their weapons? Could you give us an example?

Answer: Soldier Front 2 has a weapon upgrade system that utilizes the challenge system very well. For example, a player will have to use a specific stock gun, earn the required challenge, and then the next level gun will be unlocked for the player to purchase. There are definitely some tricky challenges that have to be overcome to obtain the best version of your gun!

QUESTION: How many maps and game modes are available at this moment? Can you tell us something about the different gameplay modes?

Answer: Solider Front 2 currently has 6 modes and a total of 12 maps. SF2 has a bombing mode called Sabotage, and a mode called Seizure mode. This mode is a lot like capture the flag, but instead of capturing your enemy’s flag, you’re stealing important data from them and must return back to the airship before you’re killed.

Along with these modes, we have a special one called Hero mode. Hero Mode takes the greatness of FPS games and fuses it with MOBA-style game play. You are put into a map with three lanes, turrets, and the goal is to destroy your enemy’s base with the help from the AI-controlled Xanthids on your side. 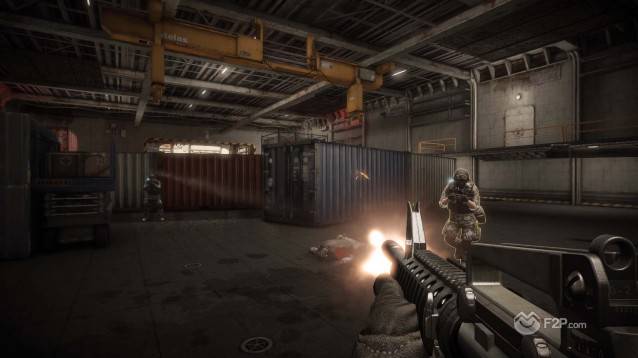 QUESTION: Are you currently planning to launch Soldier Front 2 as an e-Sport? If yes, how?

Answer: That is definitely the direction that we want to push this game. We have many players looking forward to playing this game competitively, including those who played the original Soldier Front competitively as well. To that end we’re partnering with a number of leagues and clans such as Logic Gaming, and we’re making very active efforts to foster the community of SF2 players on Twitch.tv.

Answer: Soldier Front 2 has a few modes that allow players to team up against one another and kill waves of aliens if you want a break from the competitive player vs. player action. Along with that, SF2’s clan system allows players to chat within their clans, share map strategies, favorite guns, and so on.

QUESTION: In what languages and regions are you planning to launch the game?

Answer: Aeria Games is publishing Soldier Front 2 in English and in North America. As a result of our contract, the game will not be available to play on the Aeria Games portal in European and Middle Eastern territories. 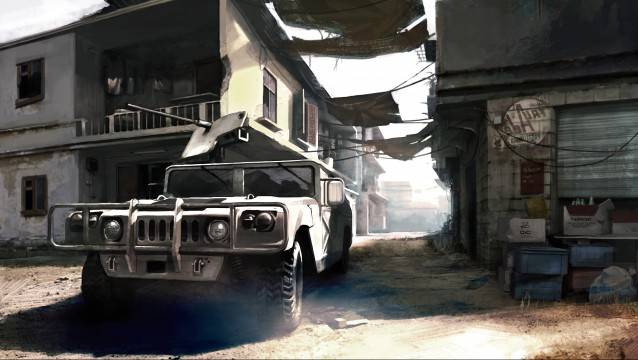 QUESTION: Regarding the free to play model, what can we expect to find in the game's cash shop? Powerful weapon/equipment/characters or just cosmetic items and time savers?

Answer: Most of the items you’ll find are going to be cosmetic, because we want the playing field to be as level as possible. Also, most items can also be purchased with SP, the in-game currency, as an alternative to cash. Players earn SP just from playing the game, so everyone has the chance to buy things that catch their eye.

Answer: Just wanted to say thank you for taking the time to interview me, and to everyone reading this, check out Soldier Front 2 - you won’t be disappointed!