Here there is an exclusive interveiw we had the chance to do with Jeffrey Steefel about Infinite Crisis, lets' give a look at his answers!

QUESTION: First of all, thank you for giving us the possibility to interview you about Infinite Crisis. Would you be so kind to introduce yourself to our readers?

My name is Jeffrey Steefel and I’m the Executive Producer of Infinite Crisis. 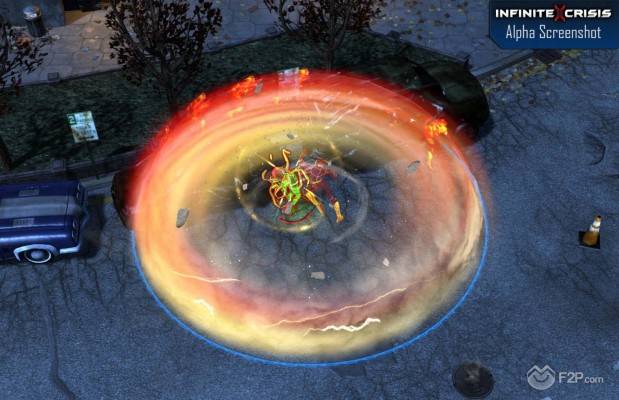 QUESTION: How would you describe Infinite Crisis to someone who has never heard of it before?

Infinite Crisis is a MOBA set in the DC Multiverse. It’s packed with characters you know and love, like Batman and Wonder Woman, as well as alternate universe versions of those characters, like Gotham By Gaslight Joker (a huge, psychotic, homicidal butcher) and Atomic Green Lantern (a brawler whose post-nuclear ravaged body is held together by the power of the ring). What makes Infinite Crisis unique is our fully interactive environment. These powerful champions can unleash massive destruction on their foes by throwing vehicles and bringing buildings down upon them. We are also introducing a new dynamic to the game where we destroy our battlegrounds with cataclysmic events that tear up the maps and change the course of the battle in dramatic fashion. 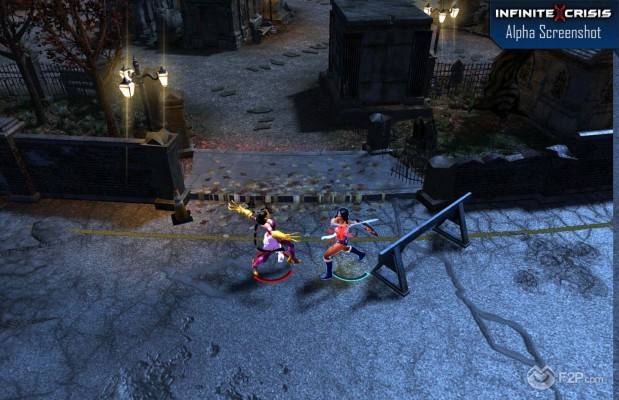 QUESTION: Could you explain (or at least try to) what is the Multiverse, the story background of Infinite Crisis?

There are 52 universes in the DC cosmos, and these universes are all different from each other, some subtly, others drastically different. So far we’ve shown characters from six universes such as the Nightmare and Gaslight universe. These universes as a whole are referred to as the Multiverse, and it’s across this Multiverse that our game is set.

QUESTION: Which features does Infinite Crisis share with other MOBAs and how is it different from them?

One of the great things about having a game full of superheroes and villains is that when 10 of them get together and fight, things get destroyed. So in our game cars will blow up, buildings will crumble and giant meteors will drop from the sky and change the design of the battlefield. And there are other differences, like our Stolen Powers system, and the new unique map that really takes advantage of the destructible environments. Our goal is deliver a familiar, balanced, competitive experience for MOBA players while expanding the genre with destructive PvP and champions that you know and love. We want people to be able to come to our game and know what they’re doing as quickly as possible.

QUESTION: How many superheroes and super villains will the game have?

A lot! It’s difficult to confirm specific numbers when we intend to continually evolve our character roster, and we have a fairly aggressive release schedule planned. 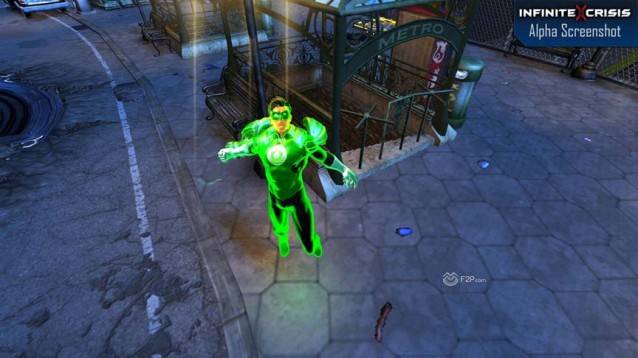 QUESTION: Will players be able to customize the super heroes?

The Stolen Powers system is a great way to take skills (not the main four skills but a subset of supporting skills) from one character and, when you’ve unlocked the ability to, move them to another character. This system will let you take, say, Doomsday’s Super Strength and put it on Poison Ivy. We’ll also obviously have different costumes for cosmetic changes as well.

QUESTION: How many maps and game modes will the game have at launch? Can you tell us something about them?

We intend to have three maps. One is Gotham Heights, which is currently the map you’ve seen that’s being played in the beta, we’ll have the classic tri-lane map and an original map that is designed to really take advantage of the destructive environments we’ve been talking about.

QUESTION: Could you talk about the free-to-play model that we will see in Infinite Crisis?

Infinite Crisis will be a free-to-play game, and we’ll discuss how our model will work as we get closer to launch.

QUESTION: Will all the superheroes be available or we can expect rotations as we can see in other MOBAs?

As before, this question is related to our free-to-play model and we’ll be revealing more details soon. 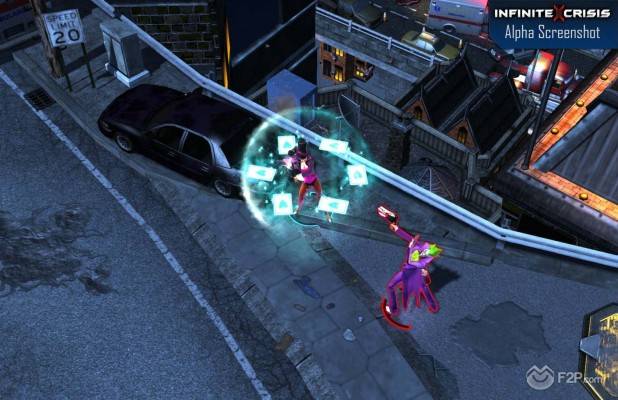 Community is an important feature in a game like Infinite Crisis. We have a team of people dedicated to supporting our players and providing them with a place to discuss the game, organize teams and more. We are hard at work to bring features that support the game including leaderboards and matchmaking and will work with our growing beta community to shape the features and services to meet their needs.

QUESTION: Are you currently planning to delve into e-Sports?

We’ve just announced a partnership with MLG and we think that’s fairy indicative of our intentions.

QUESTION: In what languages and regions are you planning to release Infinite Crisis?

We’ll launch globally in English, with plans to rapidly localize into other languages as the game progresses.