This is an exclusive interview we were able to made to the Lead Producer of the anticipated MMORPG Scarlet Blade, which has just started its closed beta today.


First of all, thank you for giving us the chance to interview you about Scarlet Blade. Would you be so kind to introduce yourself to our readers?

How would you describe Scarlet Blade to someone who has never heard of it before?

Scarlet Blade is a unique and interesting game. It is sexy, funny, clever, and beautiful. It’s a full-featured free-to-play MMORPG with rich environments, a killer PvP system, and many of the modern amenities you’d expect from a AAA release. The developers, Liveplex, put a lot of care in the little details, and it really shows. Our team at Aeria Games believes it’s an experience you should see for yourself, but we caution that it is ESRB rated M, so it should only be played by mature audiences due to its content.

What is the story background of Scarlet Blade?

Earth is all but destroyed by the enigmatic and terrifying Narak. Earth’s last hope for survival are the Arkana, a special breed of neo-humans who were scientifically enhanced and augmented to act as the heroes who would-retake the Earth. Though beautiful, the Arkana are extremely strong and dangerous. You will act as the Commander, who guides an Arkana of your choosing through the world on a perilous adventure.

From what we’ve gotten to know so far, the game is a Fantasy MMORPG with Sci-fi elements. Could you tell us what sets apart from the rest of the genre?

Scarlet Blade has many of the elements you’d expect from a modern MMORPG, but the elements that set it apart would be the deep and engaging PvP system, the Commander/Arkana relationship, the giant and destructive Mechs you can command, and of course the game’s unique mature content.

It seems that players can only play female characters. Is this true? And why is that?

When the Arkana were designed and bred, many attempts were made to create Arkana of both genders. Unfortunately, every attempt to create a male Arkana was a failure up to this point. 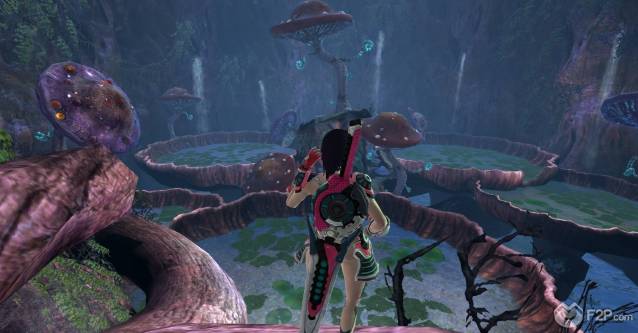 What about the combat system? How will it look like?

The combat and PvP in the game is wild. With battle suits, mechs, and fully-geared Arkana from both factions running around the world, there is a lot of chaos and bloodshed. There are 6 classes to choose from and they represent play-styles similar to what you’d see in other MMORPG games, which each have a unique set of skills and many ways to customize their gear and weapons.

What can you tell us about the Mechs?

Mechs have been a player-favorite feature so far. During battle, you can transform your Arkana into a giant Mech, which can double your power. Mechs can be upgraded, and can have unique skills added to them, making them even more devastating. Your Arkana may only use the Mech for a limited time, as it consumes precious Core Points—the energy required to power such a huge and powerful machine.

Let's talk about PvP. We know that Scarlet Blade has a lot of focus in PVP, and massive PvP battles. Can you give us some more details about it?

There are a few different types of PvP in Scarlet Blade currently. Firstly, there are instanced PvP battles which occur automatically many times per day, and will prompt each Commander’s screen with an invitation to join. These instanced battles are fast-paced, and contain PvE content as well as PvP. Your Arkana will collect Dog Tags for every enemy Arkana she kills, and can turn these in to a vendor for very valuable prizes. Instanced PvP battles can be small or large in scale, currently as big as 80 vs 80, with 160 vs 160 coming in the future. In addition to instanced PvP battles, there is also a Neutral Zone where open-world PvP wars are waged constantly. This is a very dangerous area, but the rewards for entering it can be very valuable.

How many classes will there be in the game?

There are currently 6 classes in the game: Defender, Punisher, Whipper, Shadow Walker, Sentinel, and Medic. They each have a unique look and play-style, as well as a unique set of skills and a unique personality. Interacting with and customizing your Arkana is the first part of your adventure in the Scarlet Blade universe, and it is bound to be a memorable experience. There is much more detailed information about the Arkana at the Aeria Games website.

We know that the game has a lot of different environments. How big is the in-game world of Scarlet Blade going to be?

The world is very large already, with even more content coming in the near future. We’ve received a lot of great feedback from our Alpha testers about the design of the world itself—how it adds to the environment and story of Scarlet Blade. Every environment feels completely unique. The design of each area, both in art direction and in level design, are engaging and interesting. 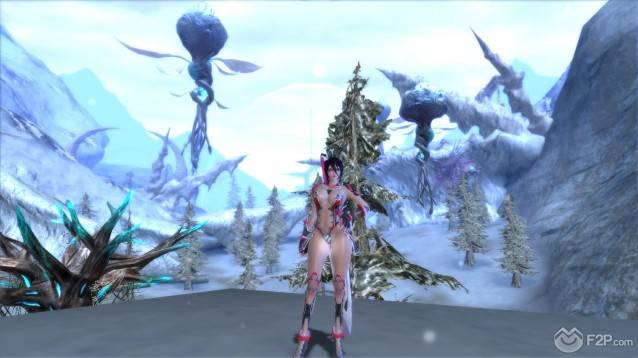 Will the game have social features such as guilds?

Forming or joining a guild is an important part of an Arkana’s life. You wouldn’t want to fight one of them one-on-one, but fighting them 50-on-one is even more terrifying! The guild system is pretty detailed, and offers numerous play-related benefits for guilds of all sizes.

Let’s talk about the level system: What will maximum level be? And how will leveling up work?

During our beta phase, the level cap is 29 which is neither easy nor difficult to achieve. Alpha tester feedback has been very positive about the level curve in this regard. Leveling up to this point is mostly done through quests, and there are already plans to add hundreds of additional quests in the near future as the world expands. There is some grinding at the higher levels, but as an alternative to grinding players can choose to do many other things to gain experience.

In what languages and regions are you planning to release Scarlet Blade?

Currently, Scarlet Blade is planned to launch this year in the North American territory. This server will be available for players of all regions of the world to play. In addition, Aeria Games has secured the license to publish it in other major territories, and hope to launch in Europe soon with multiple language support. Releases in further territories, such as Latin America, is unconfirmed at this time.

Do you plan Scarlet Blade to be a free-to-play game? Which currency will be available in the game and how will it affect the game dynamics?

Scarlet Blade, like all Aeria Games, is and always will be completely free-to-play. Players can choose to use Aeria Points to purchase cool things for their Arkana however, such as sexy costumes, fast futuristic bikes, and pets, as well as normal F2P staples like EXP boosters and instant-revive convenience items.

Thank you for all your answers. Would you like to add anything?

Scarlet Blade is poised to be the biggest launch in the history of Aeria Games. There is a lot of hype around this title, and for good reason—The Alpha players loved playing it, the press loved playing it, and the Aeria Games team loves playing it too! I encourage everybody of the appropriate age to visit the Scarlet Blade website to meet our community, check out more information about this awesome game, and interact with the Aeria Games GM Team! Thank you for your time, we appreciate the opportunity to have an interview with you today.