Edouard Beaulieu and Pierre Poinsenet, from Infernum Productions, presented us the upcoming Frontier System (PvP) of Dragon’s Prophet and some interesting features that they are developing.

Check out the full presentation video from the Gamescom 2013 if you want to know more about it.

First of all, they showed us some features such as the deep customization level of the dragons, the random stats that are generated the moment you get a new dragon and their progression and skills that can be set and used by the player when using that dragon. 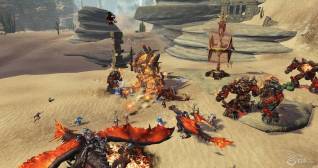 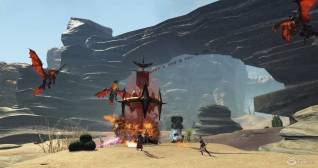 Then the presentation moved to the PvP and housing, mainly focused on the Auratian Sky Archipelago, where players have islands to place their houses on. Each island can be ruled by an alliance of players who can set the taxes for those living there. Everybody can take over the island but they need to take down some POIs first, and then use siege weapons to destroy some structures when they get to the fortress. These machines are very complex and some of them can even be mixed -Transformers style-. Alliances can even get to summon a big-ass dragon to aid them in the battle by spending resources.

Actually they released a trailer today. Frontier System will be launched on September 18th. Check it out:

The graphics of the game are pretty cool and you don’t get bored if you are up for trying everything this title has to offer, from the classic questing and leveling to taming and customizing dragons, PvP sovereignty, housing and much more. 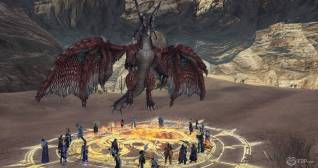 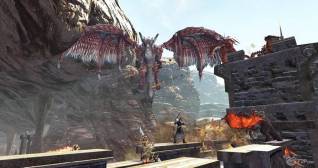 We’ve been told the air combat is being developed as well and will be in the live client in a future update. Since it’s a game that revolves around dragons it will be amazing having skirmishes up in the air riding your dragon.

And now enjoy some gameplay footage.