DC Universe Online has just unveiled Halls of Power Part I, the 11th downloable content (DLC) pack, coming this summer and offering an exciting new PvE storyline based on the New Gods of Apokolips and New Genesis. As every DC Universe Online DLC it will be a one-time purchase for the non-members and will be free for members.

With this content expansion, players will be able to play with or against characters  from the Fourth World, such as Mister Miracle, Kalibak, Mantis and Big Barda. There are also new items, feats, gear, new collections and new skill points.

Get ready to put your hands on new League Halls, new raids and operations for 8 players, new 4-players content such as alert and operation.

"We know our players experience a tremendous sense of camaraderie when they take on adventures together, so we wanted to pack a variety of challenging group content into this DLC that we know they will enjoy. We're also expanding the DCUO storyline, introducing players to characters from both New Genesis and Apokolips, and we think heroes and villains alike will be very pleased with how the Halls of Power trilogy evolves." - Jens Andersen, Senior Creative Director, DC Universe Online. 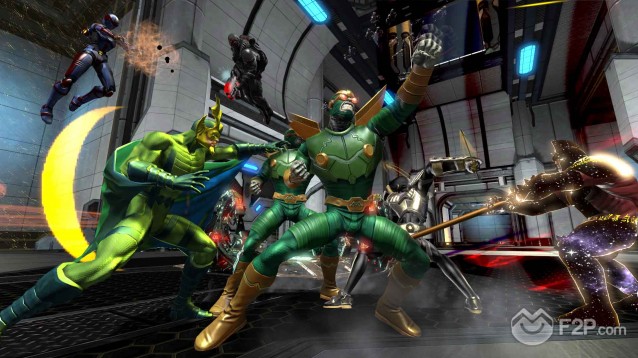 Darkseid's son, Kalibak, and the villainous Mantis have called upon the agents of Darkseid to delve beneath the surfaces of New Genesis and Apokolips to help them retrieve powerful ancient relics for a dark purpose. The heroic Mister Miracle and fierce Big Barda have assembled a force together in an effort to stop them.