The Mighty Quest For Epic Loot (TMQFEL) has just gone Open Beta within the last few days, opening its doors to players to finally check out and play the game and get down with some good old fashioned castle raiding fun. Players can try out for free one of three different classes: the Knight, the Wizard and the Archer however the fourth “Runaway” class is only available with early access to Diamond Pack users, which is for those who have parted with their real world cash.

The Diamond Pack comes with some exclusive skins, items, pets, boosts and a load of in game cash to spend on traps and monsters and we were fortunate enough to get access to one and so were able to try out the Runaway ourselves and see how they compared against one of the other classes we previously played (the Knight) in our original First Look at the game.

This wild diva is all about the heavy metal, her clothing and gear accessories are a centred around a heavy metal theme from her opening weapon being a guitar, that upgrades to a huge scythe with some very metal features at times (it’s no coincidence metal heads calls a guitar an “axe”!). Her attire switches between rock/punk t-shirts and wristbands, to hooded cowls for a more grim reaper gothy type flair. She is a character with attitude, her dialogue quotes revolve around her “kicking your ass” which she cries out to mobs and telling them they’re “about to get rocked!” 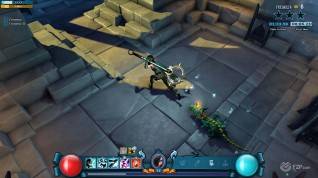 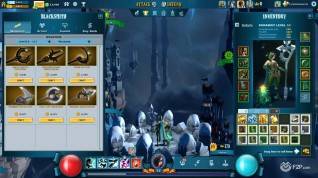 The Runaways skills follow a similar vein, with skills like “Rebel Yell”, “Headbanger” and “Moshpit” which offer up a lot of options insofar as to how you can play this character. From our impression she deals damage a lot easier than the Knight did, with the first skill being a whirlwind type attack where she spins around striking all enemies it pretty much kills huge groups of lowbie minion creatures very quickly. You could argue that’s because he’s more defensive and more of a tank character, however, the Runaway also comes with a number of tank skills as well.

The tank skills the available to the class revolve around a temporary shield that typically debuffs or damages the enemy as well, with some crowd control options she is an extremely good all round and we were taking on content up to three levels higher than us (though that’s where it started becoming quite challenging). Our first bout with King Snottingham, the first NPC boss you come across, with the Knight had us fall on our face mid battle and took about 10 minutes of kiting and moving in and out to fight him; with the Runaway we literally ran in, shielded up, killed all the minions and dropped Snottingham in around a minute. 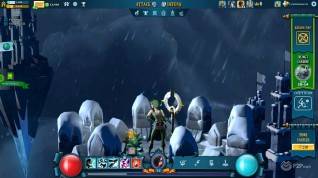 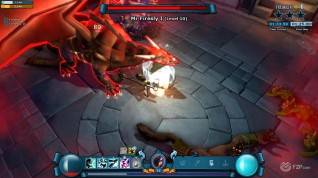 Without playing all the classes up to a decent level and giving them the in depth testing they deserve it’s hard to say how balanced the Runaway is, or whether she’s worth shelling out the fee for a Diamond Pack to get access to her. In the early levels she most definitely felt strong, both defensively and offensively versus the Knight but down the line? Who knows? She definitely has the capability of being a strong tank class whilst not losing out too much on her attack, so she may be a popular favourite with those players who have access to her.