We got the chance to sit down with Myzzrym, from the Dev. Team of Chaos Heroes Online, and talk about Aeria's upcoming new title, a korean MOBA based on DotA Chaos that features some new interesting things. If you like MOBA games, check it out! 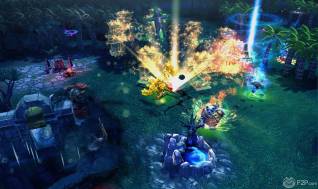 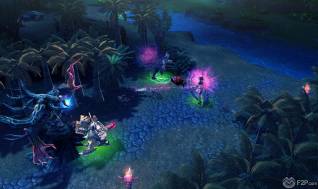 QUESTION: First of all, thank you for giving us the possibility to interview you about Chaos Heroes Online. Would you be so kind to introduce yourself to our readers?

QUESTION: How would you describe Chaos Heroes Online to someone who has never heard of it before?

QUESTION: There are a lot of new MOBA around these days, how is Chaos Heroes Online going to stand out in the genre? Why should a player choose to play it over any other free-to-play MOBA?

Answer: Chaos Heroes Online differentiates itself from other MOBAs in terms of gameplay by shaking some foundations of the genre, such as being able to buy items anywhere on the map. This type of changes may not sound extravagant, but it opens up a whole new layer of strategy and tactics.

The game also has a time limit and heals structures over time, favoring massive team fights around objectives over long, drawn-out poke-centric sieges and split-push strategies. Due to the powerful nature of both offensive and defensive possibilities, split-second decisions made by each player will often decide the outcome of a battle. 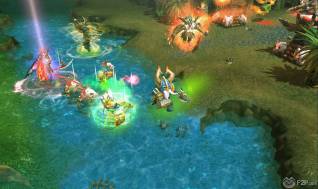 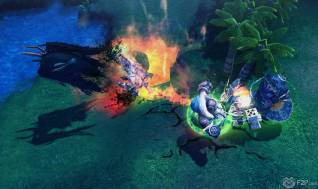 QUESTION: What are the classic elements and features of the genre that you are going to keep and what are you going to change or get rid of?

Answer: Most classic elements remain in Chaos Heroes Online as the game is a direct sequel to a Warcraft 3 Custom Map, DotA:Chaos (the Korean cousin of DotA:Allstars). Mechanics such as disjointing projectiles, juking around trees or missing uphill are still present, however players will not be able to deny creeps.

QUESTION: Would you describe Chaos Heroes Online more like a game aimed to hardcore players or to the casual crowd?

Answer: Chaos Heroes Online is accessible to all and we’re confident that our Tutorial levels and Coop vs AI mode will help introducing new players to the genre.

As the game has already been out for two years in Korea, balance changes are frequent and tailored for the competitive scene. The heavy focus on consumables also results in a high-skill cap gameplay (regardless of the hero) which will please the more hardcore fans of the genre.

QUESTION: Can you tell us something about the waygates? How do they work and how can we implement them in our tactics and strategy?

Answer: Waygates allow players to teleport from the top to the bottom part of the jungle, heavily increasing map mobility and gank potential. However, a Waygate is disabled for 30 seconds if used more than twice under 30 seconds, making Waygate control a very important aspect of the laning phase.

QUESTION: We know that there is a crafting system in the game. Can you tell us something more about it?

Answer: Players will receive a Craft item after each game. Craft items are similar to League of Legends’ rune system, granting bonus stats to the player. Each craft item corresponds to an ingame item, and will only grant bonus stats if the hero actually buys the corresponding ingame item during his match.

QUESTION: Is the map the classic three lane battlefield? Is there a jungle and will there be a “jungler” role?

Answer: The map is indeed the classic three lanes battlefield. There is a heavy focus on jungle camps (due to the low income of lane farm), however there are no dedicated junglers in the current meta. That being said, changes are coming…

We also have a smaller Deathmatch map for those looking to brawl!

QUESTION: Tell us something about the available characters, maybe giving us some example of roles and skills mechanics.

Answer: The game will launch with 60 characters in total. Two big differences with other MOBAs are that Supports are very strong in Chaos Heroes Online (gold income from creep farming is fairly low) and that Tanks are actually a necessity in a lineup due to very powerful objectives (creeps alone will not be able to tank the damage). 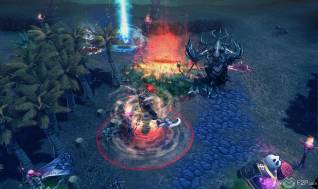 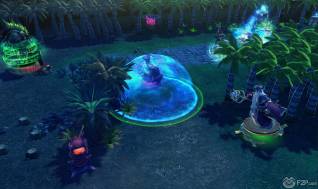 QUESTION: Will there be a cash shop in the game? If yes, how are you going to keep it fair and balanced? What can we expect to find inside?

Answer: Chaos Heroes Online follows the monetization model of League of Legends. Players will be able to buy heroes, cosmetics, icons, services such as name-changing scrolls or changing their clan names. All items which directly affect your ingame stats will always be available through in-game currency.

QUESTION: Are you already thinking to jump into the e-Sports scene? Are there plans for tournaments and competitions?

Answer: As stated earlier Chaos Heroes Online already has an established seasonal tournament system in Korea. Although we cannot reveal anything at the moment, I can say that e-Sports is definitively in the mind of every member of the team.

Answer: We are offering two exclusive skins to all those who will be joining us for the Closed Beta.

Answer: A big shout-out to everyone who’s working hard to bring this project to reality - that includes every player who already signed up for the Closed Beta! We’re looking forward to hearing more feedback from the community.

If you want to know more about this new MOBA, visit our profile by clicking on the "info" button below.