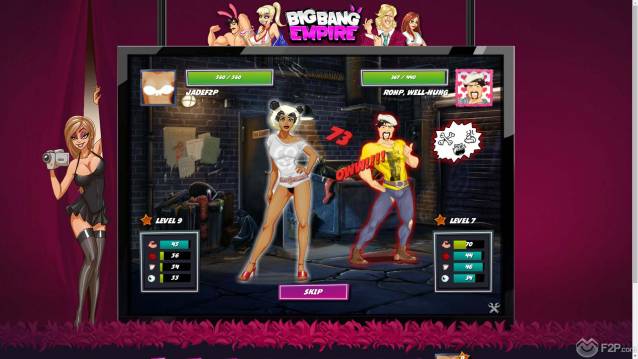 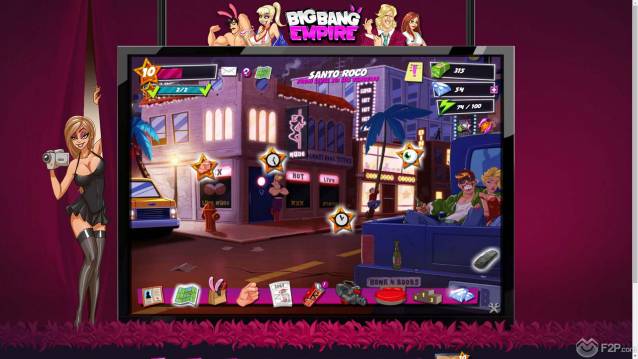 Beginning with six rooms, six scenes and six cam-girls available for selection. Each of the girls has three different sexy poses, which generate varied rewards. The themes and look of the streams are unlocked by fans, which can be created by shooting their own in-game movies. As soon as a scene is selected, the actress can start streaming and the sexiness will ensue. 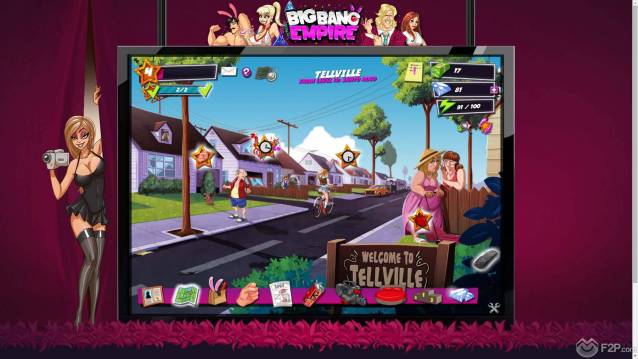 The App for Android devices is available at Big Bang Empire.