YOOZOO Games - Although it’s unlikely the goddess Athena was ever partial to a pint of Guinness, League of Angels III’s latest Mythic Hero arrives just in time for another fantastic series of holiday events — including St. Patrick’s Day.

Debuting as a support angel can be a tough gig but with her special skills Divine Honor, Dignified Judgment and Constellation Shield, Athena is the strongest Support Hero in the game so far. The daughter of Asherah, sister of Johanna, and mother of Inanna, this powerful angel will be available in upcoming events — so seize your chance to get this new Mythic Hero.

St. Patrick’s Day is celebrated widely within League of Angels III and is also known as ‘Rebirth Day’; differing somewhat to real-life events, where a rebirth might be something more enthusiastic participants require the day after St. Patrick’s Day. Nonetheless, in-game, the holiday will see many angels donning their finest green costumes and holding huge feasts to celebrate.

League of Angels III will also have several other holiday additions to consider, with an all-new exclusive mount ‘Seat of Fortune’ and also new wings ‘Wings of the Fae' and outfit ‘Song of Life’ (available via Wheel of Fortune). 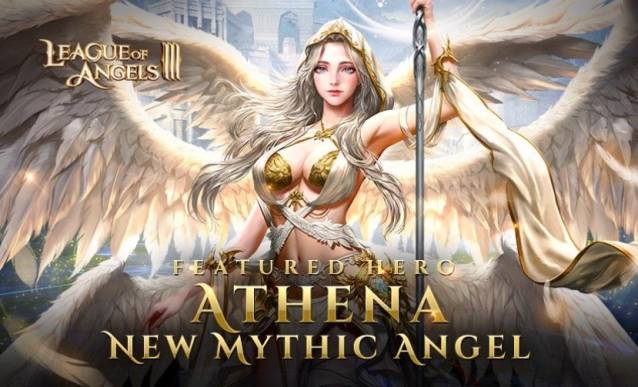 Specialised in developing and distributing video games, YOOZOO Games was founded in 2009 by Lin Qi and with the goal of inspiring players across the world. We are headquartered in Shanghai with multiple offices worldwide from India to Germany, forging a strong global distribution network. YOOZOO has gone on to create and publish many successful games across multiple platforms to over 1 billion registered players such as Legacy of Discord – Furious Wings and the League of Angels series. Our games focus on creating memorable moments for our players, bringing them new experiences through world-class I