Nexon Europe has just announced an official closed beta starting date for its newest free-to-play browser MMORPG: Arcane Chronicles. The game will start this first testing phase on January 16th. Remember that if you want to enter the closed beta, you still have a chance thanks to the exclusive closed beta keys giveaway that we published some time ago!

“We’re enormously proud of Arcane Chronicles”, says Kevin Kim, Product Manager of Arcane Chronicles at Nexon Europe. “Now we’re looking forward to the great feedback that only our community of players can provide, to make it the ultimate browser-based dark fantasy game.” 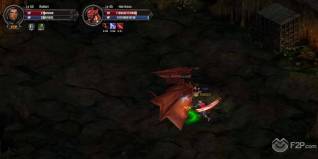 Closed beta tester will have several benefits such as currency, auto hunting time and more.